Boise senator introduces bill to decriminalize some drugs: 'We need to get a discussion started because what we're doing is not working'

Sen. Grant Burgoyne says there is too much focus on prosecution and punishment and not enough on treatment. 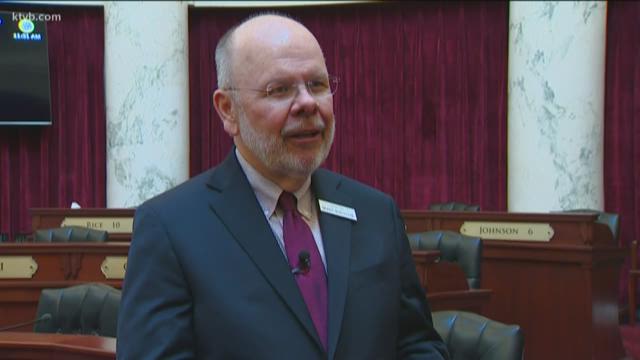 Decriminalizing drugs: it's a conversation happening across the nation and here at home, Boise Sen. Grant Burgoyne is proposing a personal bill to get that discussion started here.

“We have too much of a focus on prosecution and punishment and not enough on treatment,” Burgoyne said.

He told KTVB, his drug decriminalization legislation isn't necessarily aimed at law enforcement, but how resources are committed in Idaho.

RELATED: Lawmakers use personal bills to get issues discussed in the Idaho Legislature

“We don’t have a functioning mental health treatment and substance abuse treatment capability for the needs of our people,” Burgoyne said.

Which is why the senator introduced the legislation, not to legalize drugs but with the hope of starting a conversation.

He wants legislators to come at the topic from a public health perspective, as much as if not more from a criminal justice perspective.

“It's fair to say there's a fair amount of consternation and concern by some about the bill itself as oppose to the issue of getting a discussion going and on the table,” Burgoyne said.

He adds this issue is not going away.

“It is costing the state of Idaho, it's costing our local jurisdictions a great deal of money and we know the human cost of drugs in our society, it's an extreme cost, children and adults die,” Burgoyne said.

KTVB reached out to various law enforcement agencies about their stance on this bill, but many of them can't comment on proposed legislation.