Authorities are using drones, dog teams and boats to search for the 17-year-old, who went missing in eastern Oregon. 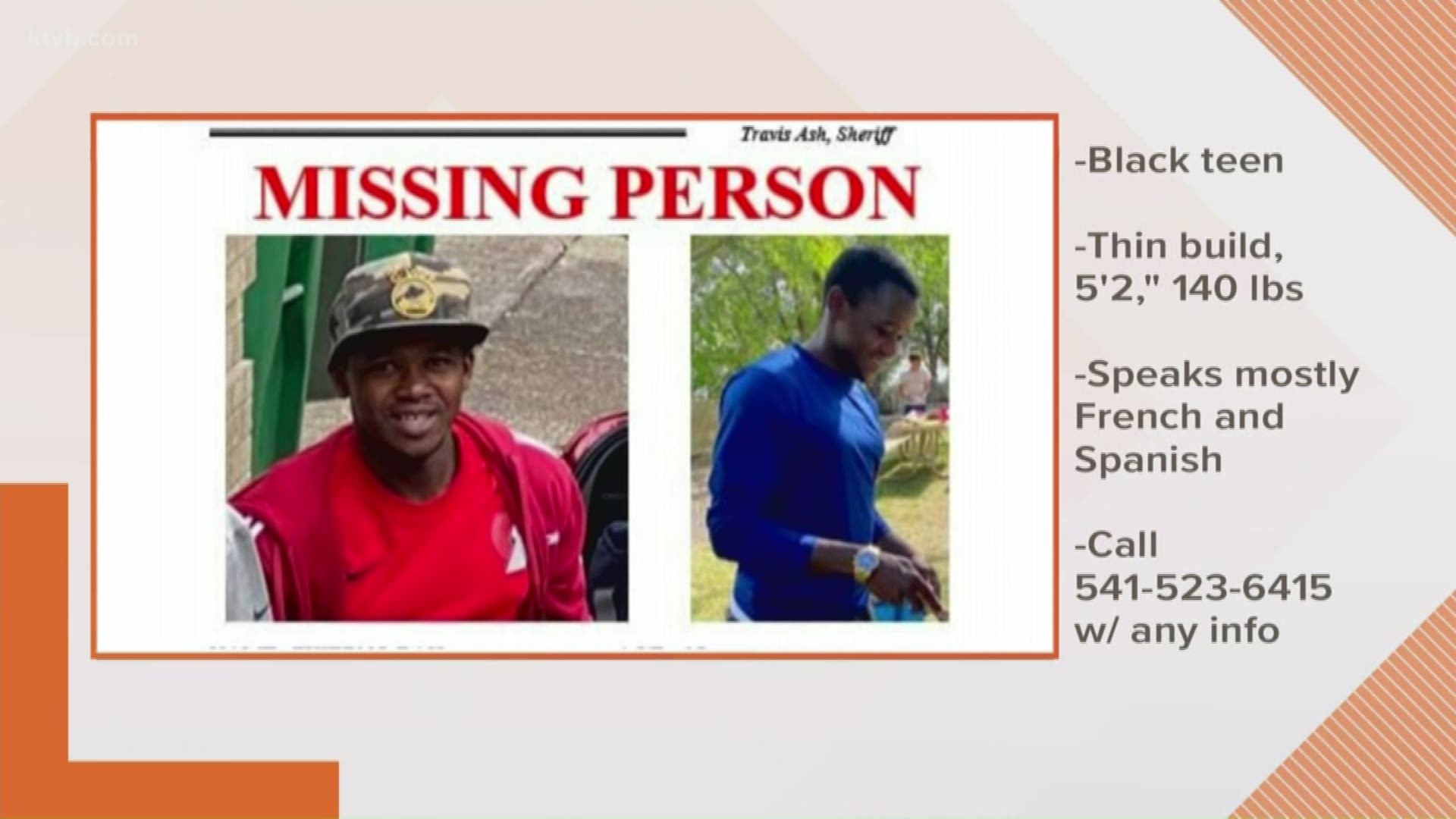 RICHLAND, Oregon — Update July 6, 4:30 p.m.-Baker County Sheriff's Office said that approximately 35 people have assisted the search for Bah. Deputies will continue to search the area and water surrounding the campground throughout this week.

Bah's family said they are offering a cash reward to anyone with credible information regarding the whereabouts of their son.

The Baker County Sheriff's Office is searching for a teenage boy who vanished during a family camping trip in eastern Oregon.

Thierno Bah, 17, was last seen at a campsite in Hewitt Park in Richland.

According to the sheriff's office, Bah was reported missing at 9 p.m. by his foster parents, who told deputies the boy had gone for a walk around 5:30 p.m., and had not returned.

Family members said it was not unusual for Bah to go on long walks when at home. Search and rescue teams searched the surrounding area, looking in nearby campgrounds and most roads in Eagle Valley. Just before midnight, the sheriff's office began searching the water by boat, but found no sign of the teenager.

RELATED: At least 2 dead, others missing after planes crash into Lake Coeur d'Alene

The water search continued the next day without success. Searchers have also used a small plane from Oregon State Police and two drones from the Umatilla County Search and Rescue and Oregon Department of Forestry to scour the area from the air.

On Sunday, authorities began using sonar and dive teams to check beneath the water's surface, looking along the shore and docks around Hewitt Park where Bah was last seen.

The search will continue through the week, according to the Baker County Sheriff's Office.

Thierno Bah is described as a Black teenager with a thin build, standing about 5'02" and 140 pounds. He was last seen wearing gray pants and a dark-colored T-shirt.

The teen is from the Willamette Valley, and is unfamiliar with the area in which he went missing, deputies say. Bah speaks only a little English, but is fluent in French and Spanish.

Anyone with information about the 17-year-old's whereabouts is urged to call the sheriff's office immediately at 541-523-6415.