Meridian bans use of hand-held devices while driving

Meridian is the first city in the Treasure Valley to require drivers to only use cell phones and other devices if they are hands-free. 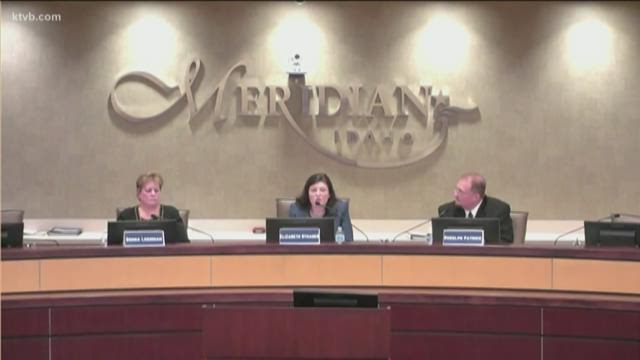 MERIDIAN, Idaho — The Meridian City Council voted Tuesday night to ban the use of hand-held devices while driving.

Mayor Tammy de Weerd broke the 3-to-3 tie, voting in favor of the ordinance. Meridian is the first city in the Treasure Valley to require drivers to only use cell phones and other devices if they are hands-free.

Meridian Police Chief Jeff Lavey has championed the hands-free ordinance, saying that it would make the city's streets safer and decrease road rage. On Tuesday, he urged the City Council to approve the law.

The ordinance is a stricter version of an Idaho law, which only bans texting while driving, not other types of use. Earlier this year, the state legislature killed a bill that would have banned all use of hand-held cellphones while driving.

As written, the ordinance forbids using hand-held devices "any time the vehicle is in the lane of traffic," whether stopped at a light or moving.

After casting the deciding vote, de Weerd said it was a public safety issue.

"A lot of our accidents, because of distracted driving, have been while a vehicle has been stopped and rear-ended because someone in front of them wasn't paying attention to the light turning green," she said.

Violating the ordinance would result in an infraction and a fine. Lavey said at the meeting that his officers will soon begin educating drivers about the new law by issuing warnings, instead of tickets. Police will begin issuing tickets in January, he said.

Similar ordinances are in effect in Ketchum, Hailey, Pocatello, and Idaho Falls.