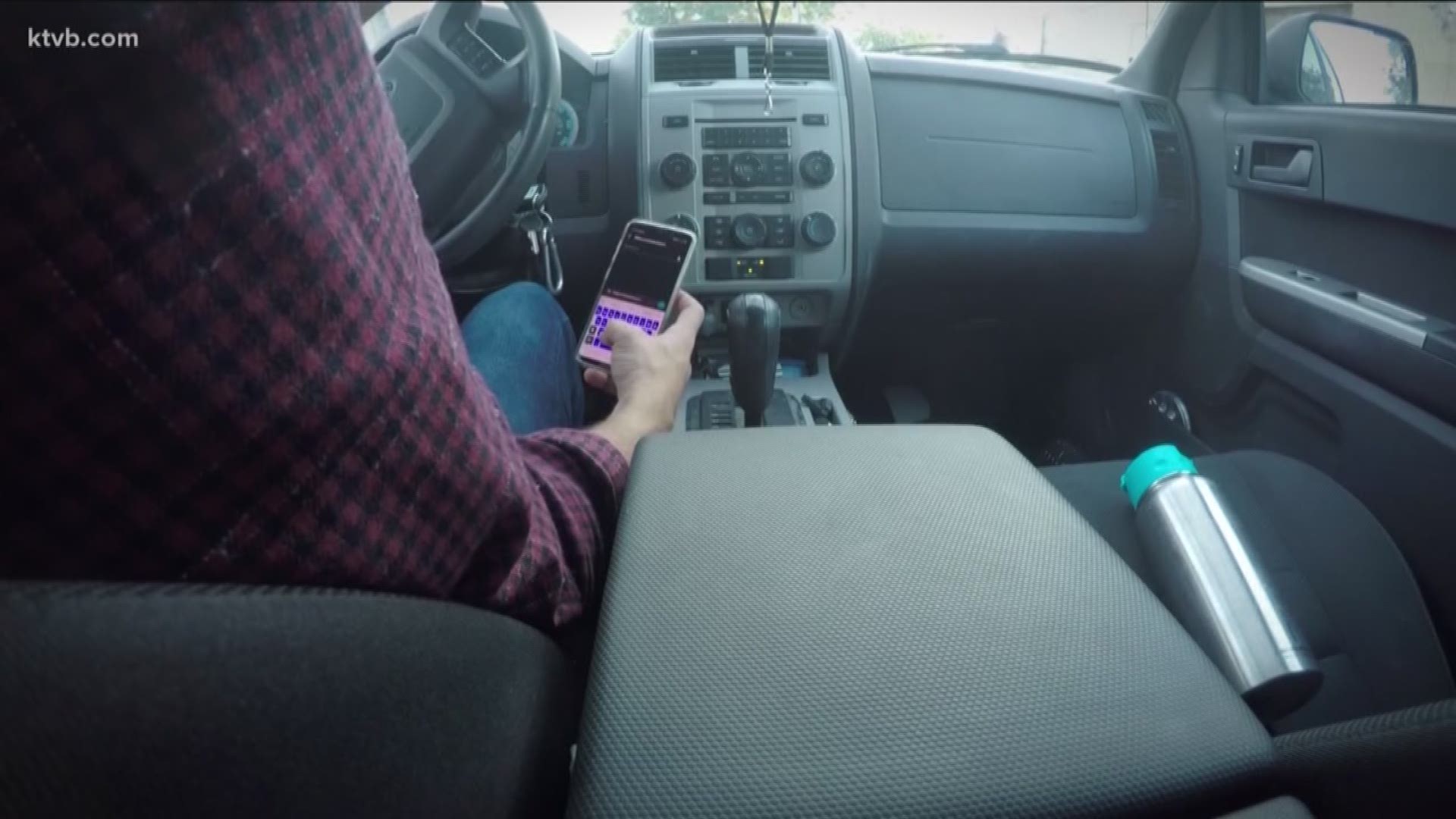 On Monday, the Idaho Transportation Department released some statistics from this summer.

The three most common contributing factors were no seat belts, failure to maintain lane and alcohol impairment.

“It just takes a couple of seconds to click that seat belt and we lost 28 people who weren’t wearing their seat belts,” said John Tomlinson, highway safety manager for ITD.

At least 30 of the 91 deadly crashes also involved some form of distracted driving, officials said.

The Idaho Transportation Department said this summer, it worked with law enforcement to really ramp up emphasis patrols that focused on aggressive and distracted drivers. It's also done community outreach to raise awareness about the importance of safe driving.

ITD worked to bring in Joel Feldman, president of the online program "End Distracted Driving," to talk about ways to reduce distracted driving.

“Distracted driving is an epidemic in our country as well as in Idaho,” Feldman said.

Feldman lost his 21-year-old daughter, Casey, back in 2009 after she was hit in a crosswalk by a distracted driver who was reaching for his GPS and didn't see her.

Since her death, Feldman has traveled around the country speaking to children and adults about ending all kinds of distractions behind the wheel - and he says the types of distractions are constantly changing. He's given more than 800 talks to more than 150,000 parents and kids.

“Ten years ago it was texting and cellphones," he said. "Today it’s smartphones and Snapchat and YouTube videos.”

RELATED: Idaho police agencies stepping up efforts to crack down on drunk drivers

On Monday, Feldman spoke to a group of parents and kids in Meridian. He had a special message for parents and how they can help.

“We’re not being good role models for our kids," he said. "The vast majority of kids I talked to today raised their hands and said, ‘My mom and dad drive distracted.’ That’s the experience here in Boise, Idaho.”

On his wrists, Feldman wears several memorial bracelets given to him by parents who have also lost a child to distracted driving.

Both he and ITD want to reduce the need for those kinds of bracelets.

“Our vision is zero deaths," Tomlinson said. "We want to see that come to pass, we want to see anything that we can do to keep a fatality from happening.”