The period between Memorial Day and Labor Day "continues to be a dangerous concern," said the manager of Idaho's Office of Highway Safety. 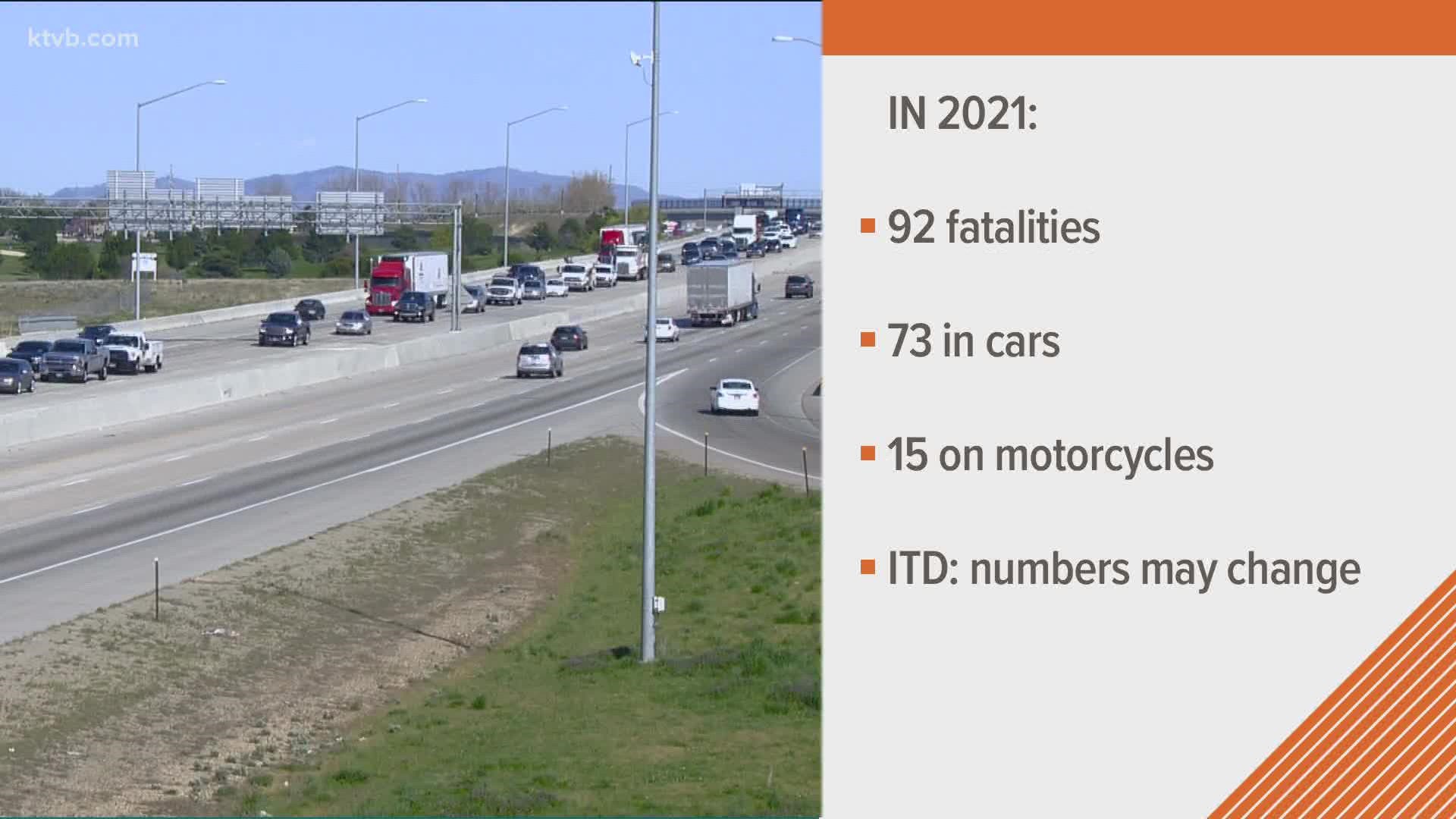 BOISE, Idaho — The period dubbed the "100 Deadliest Days" by Idaho's Office of Highway Safety has come to a close, and a tragic trend continues in the Gem State, according to preliminary data.

The OHS, which is under the Idaho Dept. of Transportation, said 92 people died in traffic crashes on Idaho roads from the start of Memorial Day weekend through Labor Day.

Of those deaths, 73 people were in passenger vehicles -- cars, pickups, or sport utility vehicles; 15 were on motorcycles; three were on an ATV or UTV; and one was a pedestrian.

In the 73 passenger-vehicle deaths, 31 people were not wearing seat belts.

Failure to maintain a lane was a contributing factor in 17 fatalities.

Those numbers for summer of 2021 are preliminary and subject to change.

The summer days are called the "100 Deadliest" because there typically is an increase in fatal crashes, not just in Idaho, but across the nation.

"While the 100 Deadliest Days may be over, road safety is important to focus on all year," Tomlinson said. "The work continues to make Idaho a safer place to live, and it's up to all of us to buckle up, drive engaged and do what we can to help prevent fatal crashes."