The 68-year-old Boise man has a traumatic brain injury and has been missing for nearly two weeks. 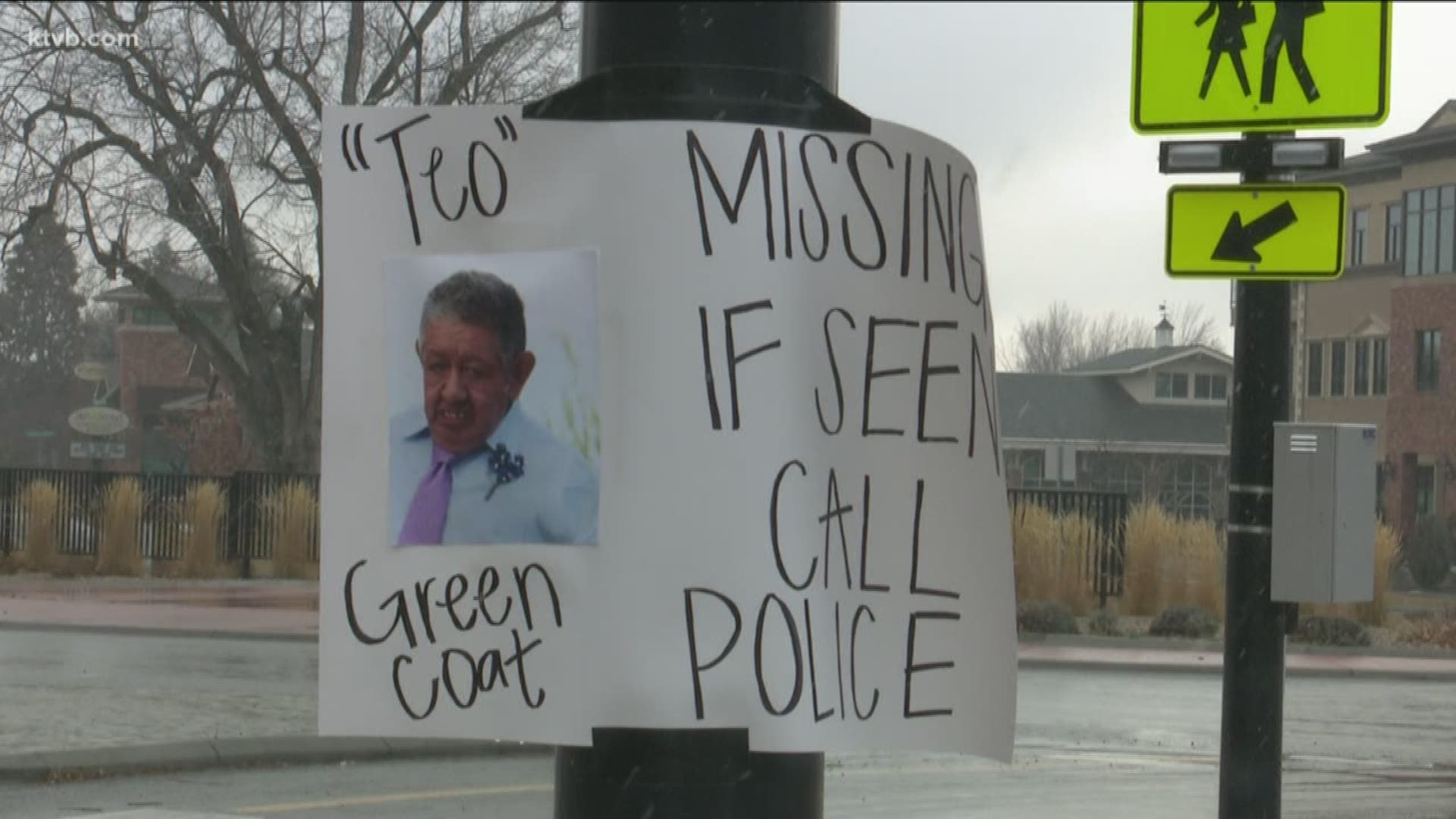 BOISE, Idaho — Ten days have passed since 68-year-old Teo Carhuas of Boise walked away from his group home on December 19, near Cole Road and Mountain View Drive.

Teo's daughter-in-law Mikayla Carhuas says he was then spotted later that day.

"He was last seen on footage at the Quail Hollow Golf Course and that was about 2:30 p.m.," Carhuas said. "After that, there was a report he may have been seen on State Street and 28th Street near the Family Dollar but nothing has confirmed that as far as cameras."

Boise police have used their drones and a search group has scoured the areas Teo was last seen.

"We have personally gone to all homeless shelters and left flyers," Carhuas said. "All hospitals have been notified and we are still calling and checking a couple times a day just in case."

Teo speaks little English and is mentally handicapped after suffering a traumatic brain injury from a car crash.

His son, Juan Carhaus, thinks he may have flagged down a driver and asked for a ride.

"He's not afraid of people he is waiving at them trying to get their attention and he will pull out his wallet and show you a business card for his group home that has the information on it," Juan Carhuas said. "If he would have gotten a ride, he most likely would have got a ride back home."

Now that it’s been over a week since Teo has been seen, his family believes he could be anywhere.