Don’t wear earbuds: How to share the Boise Foothills and the Boise River Greenbelt 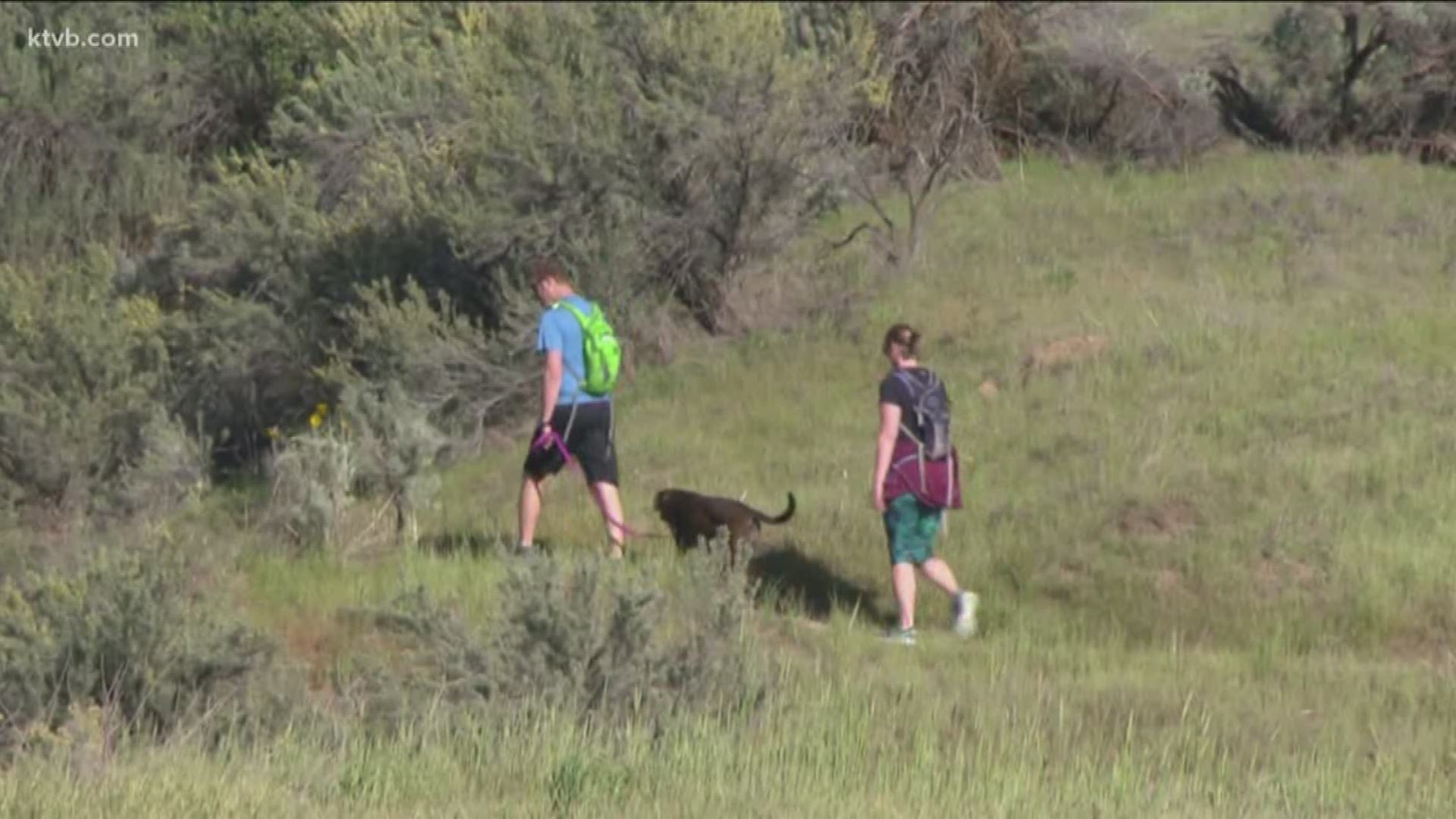 The Boise Foothills are a picture-perfect backdrop for a city often named as one of the best in America. With 195 miles of trails, there is something for everyone.

"Our goal is to provide a quality, seamless trail experience in the foothills," said David Gordon, the program manager of Ridge to Rivers.

But just as our roads are becoming more congested, our trails are seeing more use, too. Ridge to Rivers estimates there were one million visits in 2016.

"And we've certainly gone up since then," Gordon said.

RELATED: As the Treasure Valley continues to grow, one driving tactic could save commuters time and headaches

"We encourage people to get up into the foothills; we want them to get out there for any number of reasons," Gordon said. "But we need to see how we can manage the increased use and there are some tools out there."

One idea is to build a few trails designed specifically for mountain bikes.

"That is something that I hope we're able to do in the next few years," Gordon said. "There wouldn't be very many of them, but the benefit to the other trail users is that you're pulling downhill use off the nearby trails."

There are a few 'bike only' or 'pedestrian only' trails, but by far, the majority of the 195 miles is multi-use, which means trail etiquette is key.

"For hikers, we ask them to go single-file," he said. "Often they'll want to go next to each other whenever possible. If the trail is too narrow and one of them is out in the grass, we want them to be single file so that we're not widening our trails out."

Credit: Ridge to Rivers
Ridge to Rivers offers an interactive map of all the trails throughout the Boise Foothills, details how difficult each trail is.

Ideally, trails in the foothills should only be 24 to 36 inches wide.

"People are going into the foothills for a trail experience," Gordon said. "They're trying to get away from development and so you're looking for narrow, single track trails especially if you're a mountain biker or a runner. They want to run or ride on these narrow trails that makes it more interesting, so the wider they get, you're starting to approach small roads."

If you run or hike with earbuds, consider taking one out.

"So that they can hear people behind them when they ask to get around them," he said. "That's kind of a pet peeve of mountain bikers, you know they're asking to get around somebody on foot and they don't hear them because they're listening to their music."

Gordon says mountain bikers should slow down when coming up on another user. It's their responsibility to yield to hikers. And, downhill riders yield to uphill riders.

As for dogs, one-third of foothills users come with dogs. Most trails are 'controlled off-leash,' but dogs need to be within 30 feet of you and under voice command. And you still need to carry a leash.

"So if your dog is 150 feet off out there and chasing deer and birds, that's not what we're looking for," Gordon said.

MORE: As the Treasure Valley continues to grow, one driving tactic could save commuters time and headaches

Dogs are also popular on the Boise Greenbelt. The 25-mile long bicycle and pedestrian path along the Boise River links more than 850 acres of parks and natural areas.

"It is truly our greatest asset we have in the city," said Doug Holloway, the director of Boise Parks and Recreation. "People are just amazed at the asset we have right here in the center of town."

Bikers, pedestrians, electric scooters, and electric bikes are all allowed on the 12-foot wide path.

Pedestrians have the right of way at all times, but should not walk more than two abreast. All users should stay to the right. Dogs are allowed only if on a leash. And cyclists and e-scooters should use a safe speed.

"If you see small children that are on bikes take special care in how you pass, how you maneuver around those different types of users," said Holloway.

Just be aware of your surroundings, but more importantly, remember you're in Boise. So be nice to others sharing the trails and Greenbelt.

"We could all certainly get along by observing some of those common courtesies," said Holloway.

That goes for the foothills, too.

"Simply smile and say hello to each other," Gordon said. "It goes light years in terms of creating a positive dynamic on the trail system."

If you want to show your support in helping make the Boise Foothills a welcoming extension of the community, take the Happy Trails Pledge from Ridge to Rivers here.