The clerk's office is reminding people to either request an absentee ballot or vote early in person at the courthouse. 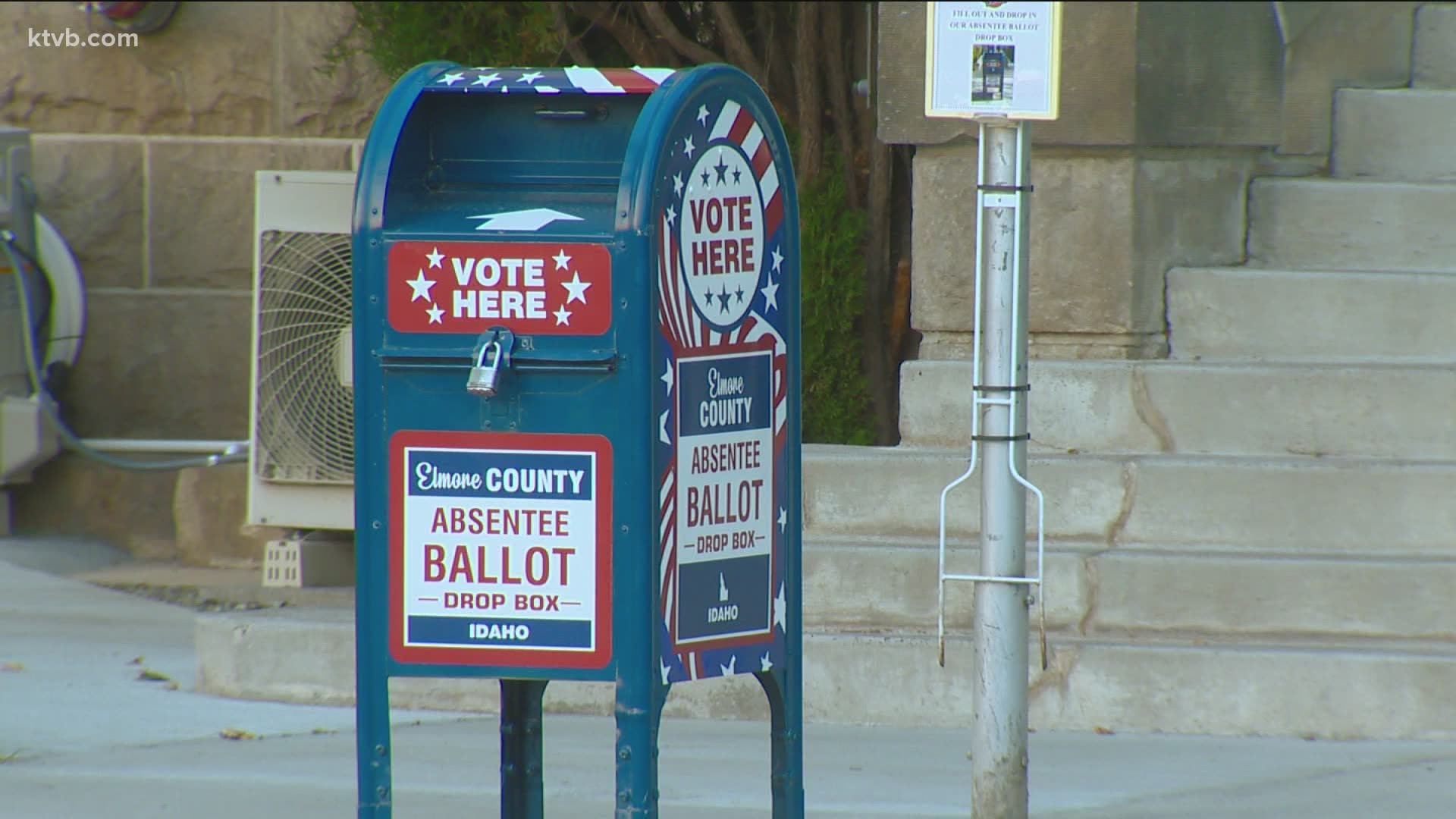 ELMORE COUNTY, Idaho — Changes are in store for Elmore County on Election Day. Instead of the usual 17 polling locations, Elmore county will have only two.

The county says the changes are due to the COVID-19 pandemic.

However, a Twitter account called Idaho District 23 Democrats tweeted out on September 19 claims that the reduction in polling places amounted to voter suppression.

The tweet said that Elmore County Elections eliminated 16 of 17 polling locations, adding that there will only be one location for in-person voting on election day and that one location is at the sheriff’s office boat hanger.

Following this, it used the hashtag #VoterSuppression.

While there is some truth to the tweet, but it lacks context and clarity.

The Twitter account appears to have been created just this month. KTVB has not been able to confirm if this account is affiliated with Idaho's Democratic Party. Despite the account's small following, the claims are gaining some attention online. At the time of publication, the account only had 11 followers.

Atlanta, Chattin Flats, Pine, and Prairie are all mail-in ballot-precincts. However, on the county’s elections website, it states that absentee and election day voting is available at the courthouse.

Essl told KTVB in an email that these changes were made due to the ongoing pandemic. However, there are other ways to vote too.

First off, any registered voter can request an absentee ballot by going to the state's election website.

The clerk's office is providing a secure ballot drop box in front of the courthouse for absentee ballots.

There will also be in-person early voting at the county courthouse available from 9 a.m. to 5 p.m. on weekdays starting October 13 and ending on October 30.

The Idaho Democrat Party is aware of the situation and currently looking at voter access in Elmore County, but in regard to the specific claims of voter suppression, they had no comment.

The deadline to request an absentee ballot is October 23. The clerk's office recommends early voting at the courthouse to cut down long lines and waiting times on Election Day.