Construction to begin on new transit stations in Boise 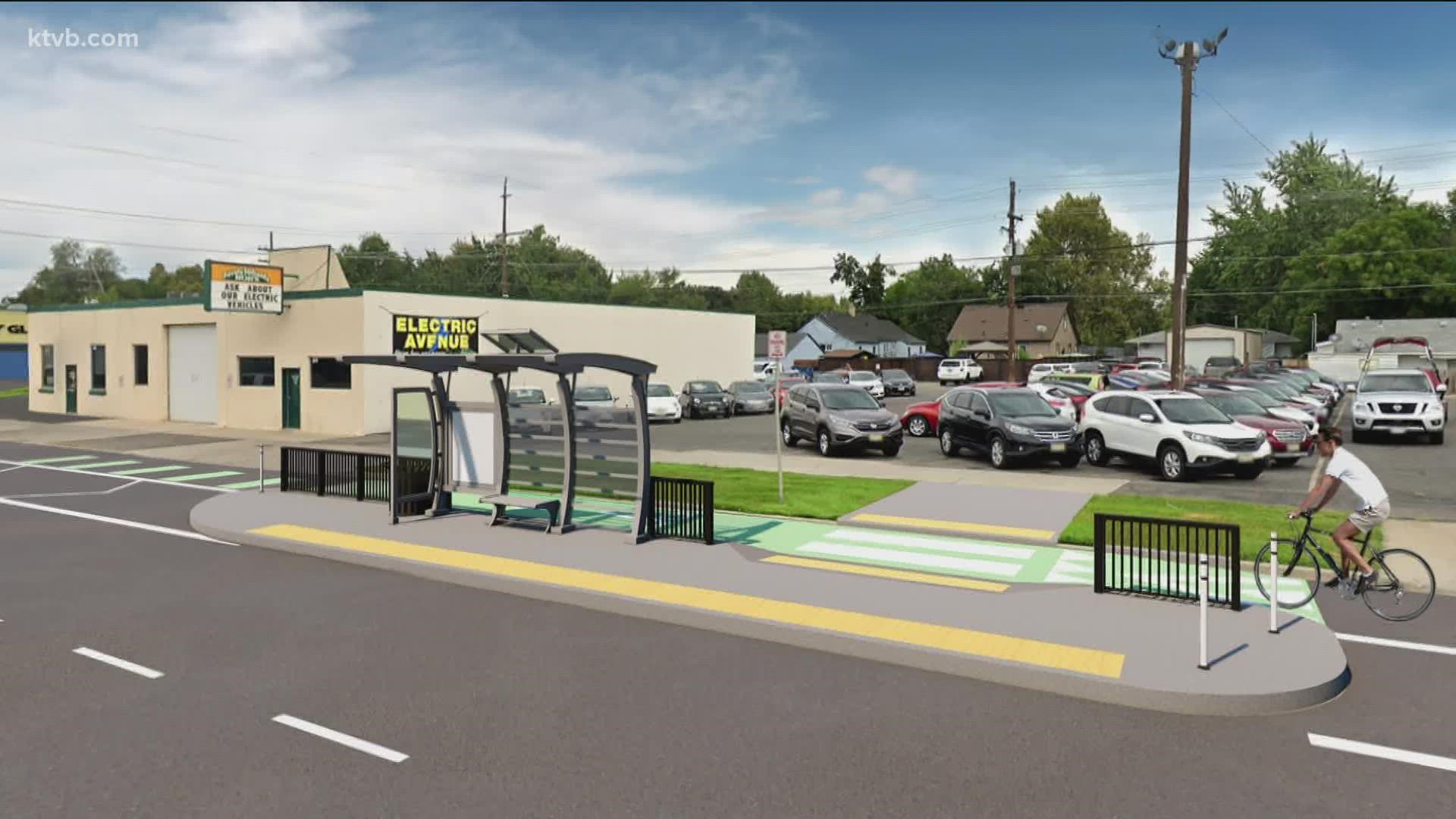 BOISE, Idaho — If you ride the bus in Boise, you'll soon see a new style of transit station popping up around town.

Construction begins this week at five bus stops along Main Street and Fairview Avenue from North 16th to North 27th streets, on the west end of the downtown area. The design and construction are led by Capital City Development Corp, Boise's redevelopment agency.

Officials say these new, raised transit stations will be a first for downtown Boise. They are designed to create a buffer between vehicle traffic and cyclists. The stations feature amenities such as covered bus shelters with solar-powered lighting, benches, trash receptacles, railings, and upgraded ADA pedestrian ramps.

Construction of the platforms is expected to be completed by spring 2022. Construction updates, including pedestrian, bicycle, and vehicle access information, are available throughout the CCDC's website.

CCDC has been working with Valley Regional Transit and the City of Boise to design a safe, effective solution for the multiple modes of transportation used along this commuting corridor.

CCDC consulted with businesses and property owners along Main and Fairview, as well as commuters and other project stakeholders, to create a solution that allows buses to safely stop for passengers without crossing lanes and disrupting the flow of bike traffic.

"The city and others have been hoping to implement this idea for many years, and CCDC is pleased to make it happen," said John Brunelle, executive director of the agency. "One of CCDC's focus areas is to enhance and expand mobility options within our districts to support the needs of the future. We feel this design will accomplish that goal."

Pedestrian access and business access will be maintained along Main Street and Fairview Avenue. Detour signs will be posted for cyclists around the work zones. Drivers can expect lane reductions during construction.

Some of the current bus stops along the Main and Fairview corridor will remain open during construction, but others might be moved to temporary locations.

"VRT is excited to work with our partners to bring improved transit amenities to the community," said Kelly Badesheim, executive director of Valley Regional Transit. "The transit islands along Main and Fairview are part of VRT's plan for making Fairview a premium transit corridor. These improvements will make it safer for bus riders and cyclists and speed up bus service."

A sixth transit station to be located at 27th Street and Fairview Avenue will be built later in the summer of 2022 by St. Luke's Health System in partnership with CCDC.

Credit: CCDC
A rendering of one of the new bus transit stations being constructed on Fairview Avenue in Boise.