The legislation was killed in the House Resources and Conservation Committee before it was introduced. 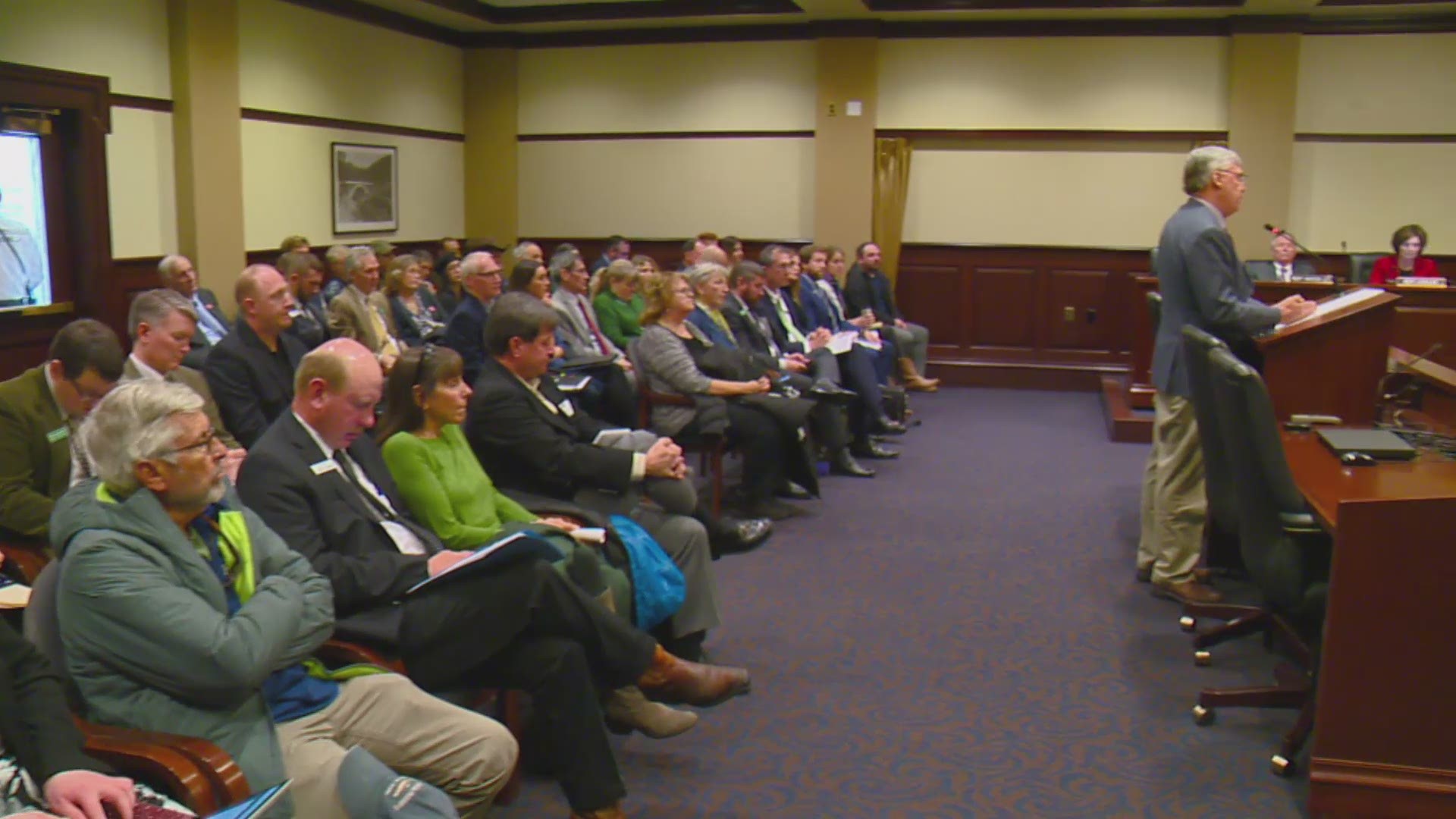 BOISE, Idaho — A Boise lawmaker wanted to introduce a bill that would’ve allowed penalties against people who block access to public lands. But Rep. John Gannon's bill was shot down before it could be introduced on Wednesday.

The issue has made a lot headlines over the last few years as private land owners in Idaho have blocked roads on their property that is often the only access point to public recreation areas.

Franke Leone is a public lands user and a member of the Idaho Outdoor Business Council, a coalition of businesses and recreation groups dedicated to preserving and promoting Idaho’s wild lands and waters.

He attended Wednesday's hearing for a proposed bill that would've punished people who put up gates or ‘No Trespassing’ signs to public lands.

Normally, the gates are popping up on private property, but the roads have been used in the past to get to public lands on the other side.

RELATED: Billionaire Wilks brothers own tens of thousands of acres in Boise County

Gannon's bill would have allowed for what he called "reasonable consequences."

The measure also would have allowed people to bring civil lawsuits against the landowners after giving them three days written notice.

“I think if we can provide a system that addresses conflict resolution like this, I think we all will be better off,” Gannon said.

Those bringing the suit would be able to recover actual damages or $500, whichever is greater.

The bill would not have included jail time or any criminal punishments, just civil.

“We're not interested in punishing people or interfering with their lives,” Gannon said.

The bill is in response to the number of road closings that have occurred in Idaho over the last few years that have restricted access to fishing, hunting, snowmobiling, and other outdoor activities.

However, the proposed legislation was killed before it was introduced. It was scheduled for a print hearing on Wednesday.

“Here was a bill that was an opportunity for them to stick up for access and it was shot down, unfortunately,” said Brian Brooks, executive director of the Idaho Wildlife Federation.

Brooks told KTVB he was surprised it wasn’t introduced.

“Most bills getting a print hearing are hardly debated,” he said. “They're usually just printed and light on details and then there are a few weeks before an actual introduction and you get to work the bill a little bit longer and talk about potential impacts and unintended side effects. We didn't even get to have that debate today.”

Republicans on House Resources and Conservation Committee killed it because they said it infringed on private property rights and they're working to keep big government out of people's backyards.

Brooks disagrees with that argument.

“What this bill tried to do is say you may not post public lands or state lands that are accessible for public use, you may not gate roads that do not belong to you.”

Brooks said they'll continue working to try to get this legislation passed, whether it’s later this session or next year.

The full statement from The Idaho House Republican Caucus is below,

“Today, in the House Resources and Conservation Committee, members of the House Republican Caucus voted in defense of Idahoans’ personal liberty, by voting against the printing of a proposed bill that would’ve infringed on property rights. As Republicans, we believe in protecting everyone’s private property rights, and will always vote to keep big government out of people’s backyards."