If passed, the bill would give law enforcement agencies more flexibility when it comes to using drones, especially during traffic crash investigations. 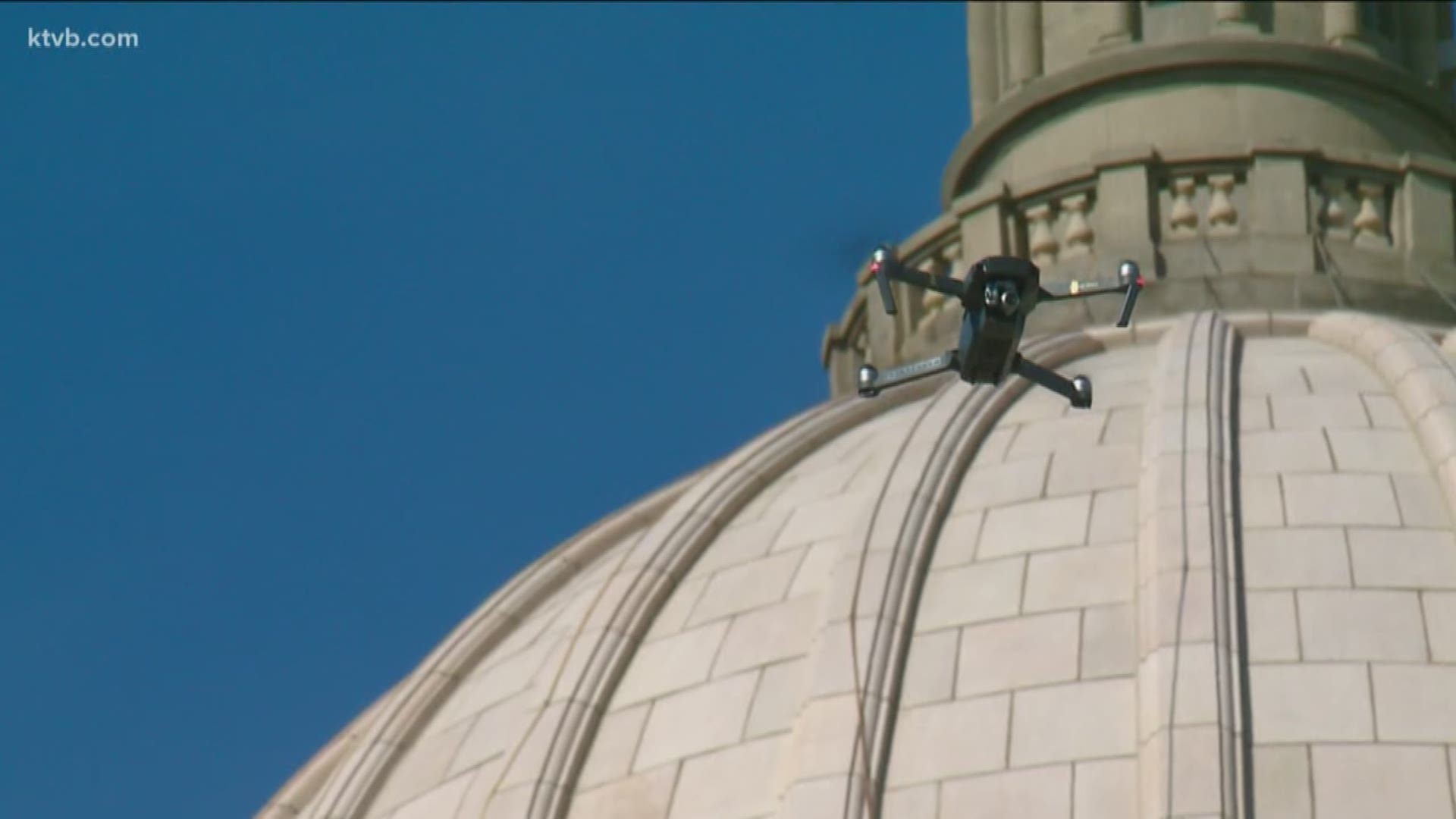 BOISE, Idaho — A drone was on full display outside the Idaho Statehouse Thursday afternoon in support of a bill that would ease restrictions on law enforcement drone use.

If approved, the legislation would allow public safety officers, as well as fire and law enforcement agencies, more flexibility to use drones without a warrant.

The measure had its first hearing in the House Transportation Committee Thursday and passed.

“The current statute requires a warrant to use the drone technology out in public spaces particularly in our interest in traffic accidents and traffic reconstruction,” said Idaho Falls Police Department’s logistics officer, David Barker.

No one spoke out against the bill at Thursday’s hearing, but those in support of it say, it would also lessen the amount of time officers spend on crime scenes and allow them to gather information in a matter of minutes.

“The current procedure, if they use officers to come out, takes about four officers and it could take four to five hours for a very basic crash,” said Holly Cook, who helped create the legislation.

If passed, Republican Rep. Doug Ricks of Rexburg says, this wouldn't change things for private commercial users or those who fly drones as a hobby because all of the privacy protections are still in place.

“Currently, with private use of drones, if you have a drone and you're flying up and you take pictures, for you to use a picture that you've taken of somebody, our current law and we're not changing this, specifies, you need to have written permission,” Ricks said.

The bill now goes to the House floor. If approved there, it will then go to the Senate for consideration.

RELATED: Transportation in 2030: Flying cars maybe, but mainstream electric and shared ones for sure, some possibly self-driving