Rep. Ilana Rubel along with other Democratic leaders held a news conference Wednesday to discuss bills they say are "being held in committee chairs' drawers." 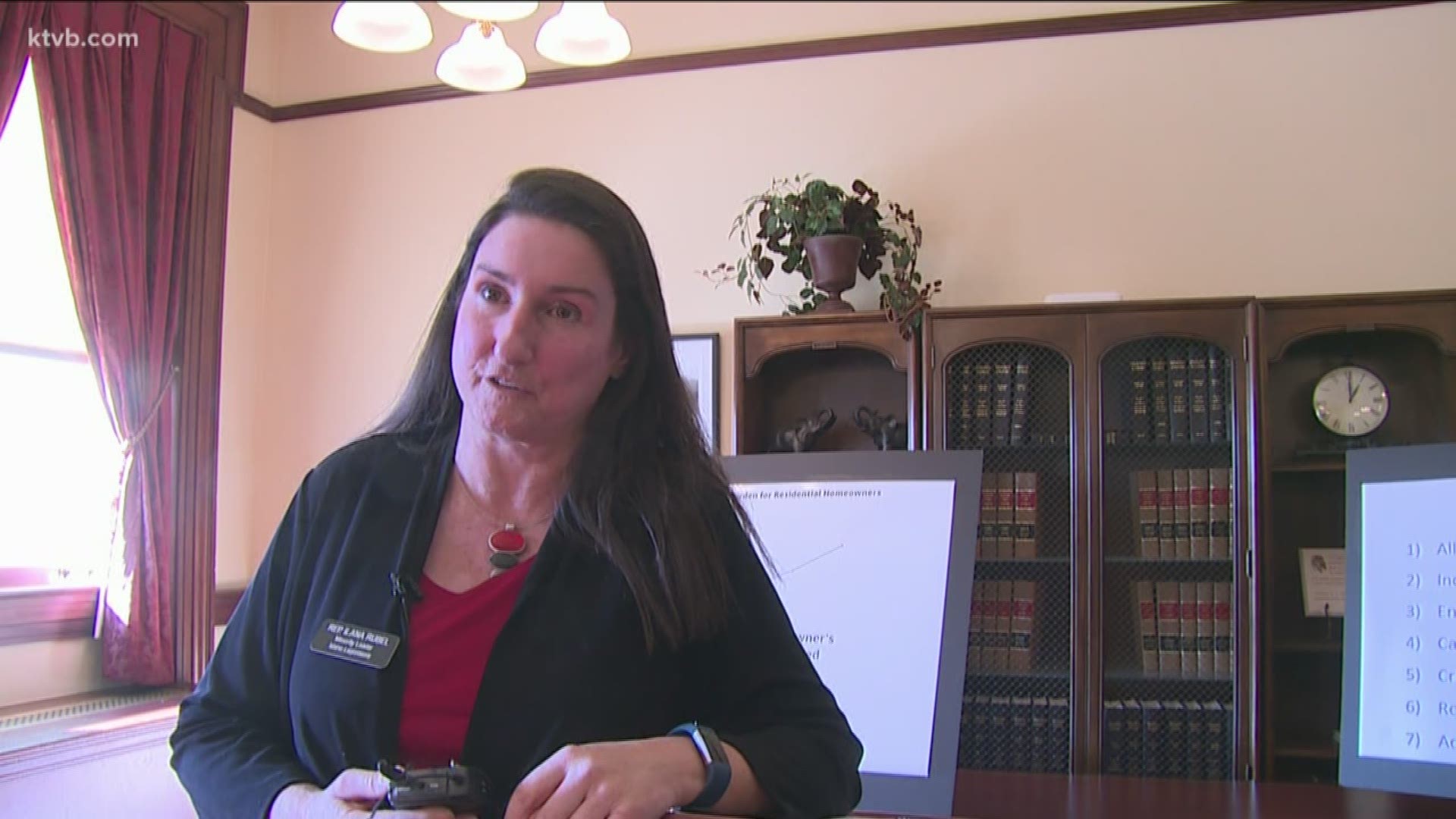 BOISE, Idaho — Forty-six days into the session, the Idaho Legislature is considering a few proposals designed to provide some property tax relief, but as the session moves past the halfway point, several bills that have been drafted have not been voted on.

“Here we are at the closing of session or the closing of introductory bills and the only thing in front of us basically is a bill that would shut down county government funding,” House Minority Leader Ilana Rubel said.

On Wednesday, leaders of the Democratic minority at the Statehouse held a news conference to talk about those bills.

“We had a giant shift of property taxes away from businesses on to homeowners, we need to reverse that shift,” Rubel said. “We have constituents that are getting slammed with property taxes and spikes and are at risk of being driven out of their homes.”

Leaders of the Democratic Party say they have many bills that would address the property tax crisis hitting many parts of the state, but their bills are being buried.

“From restoring the indexed homeowner’s exemption to increasing the circuit breaker, to allowing internet sales tax to be used to alleviate property taxes, we have a whole slate of bills that would provide really meaningful property tax relief and they're being held in committee chairs' drawers,” Rubel said.

House Majority Leader Mike Moyle told KTVB that there is a reason why some of those bills have not had a hearing.

“Some of the bills were personal bills and they know that they go straight to the drawer when they're personal bills, so they knew that when they introduced them, it was trying to get around the committee process, and shame on them for acting that way, they know how we do things here,” Moyle said.

There's one thing both parties agree on though, property taxes are a big problem for many people and something needs to get done.

“There's a problem and we got to solve it, but a lot of the Democrats answers though are a lot of tax increases or tax shifts and I don’t think that’s the answer,” Moyle said.