NAMPA, Idaho — Republic Services flew in drivers from out of state this week to help fill Ada County trash collection routes, with just over a month until the company’s contract with the county expires.

Republic Services spokeswoman Rachele Klein confirmed over email the company flew in trained drivers from out of state to help fill the routes. A subdivision in the area of South Cole Road had been missed, she said.

Ada County resident John Baisch said his trash collection was skipped Thursday. Trash cans sat on his block until being emptied Tuesday night, he said. Baisch called Republic Services Tuesday morning to find out what was going on, and a customer service representative told him it was because of a routing issue.

Klein confirmed Wednesday that the company was caught up on all routes.

“We expect services to be provided as scheduled moving forward,” she said over email.

Klein was unavailable for a phone interview Wednesday. When asked if Republic Services drivers were told they would be laid off when the contract ends, she said over email, “I was not part of any conversation about drivers being laid off.”

Hardin Sanitation district manager Michael Doyle said the company is in the process of hiring drivers, mechanics and customer service representatives, but he did not say if the applicants came from Republic Services.

Hardin Sanitation, with a local office in Payette, will serve roughly 20,000 households and 600 commercial customers in unincorporated Ada County, starting Oct. 1. Residents who live in city limits won’t be affected.

Recently, Hardin Sanitation leased a 10,000-square-foot industrial site in Meridian, which it plans to turn into a new home office for Ada County service. Doyle said the facility will be ready to operate before Hardin Sanitation’s contract begins in October.

RELATED: Treasure Valley Recycling Guide: How to sort plastics and use those orange Hefty bags

WATCH BELOW: Here's how the plastics you toss in Boise's recycling bins can actually become fuel 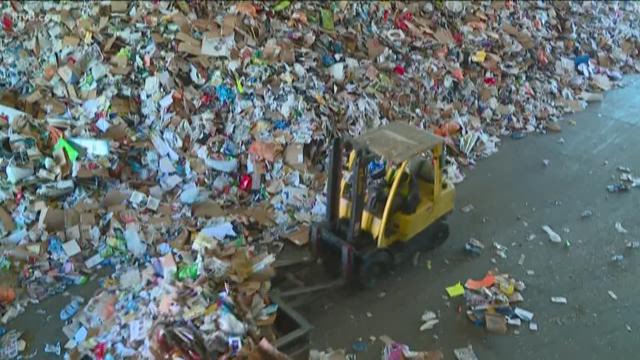