The International Rescue Committee and the College of Southern Idaho Refugee Program are preparing to resettle refugees looking to call Idaho home. 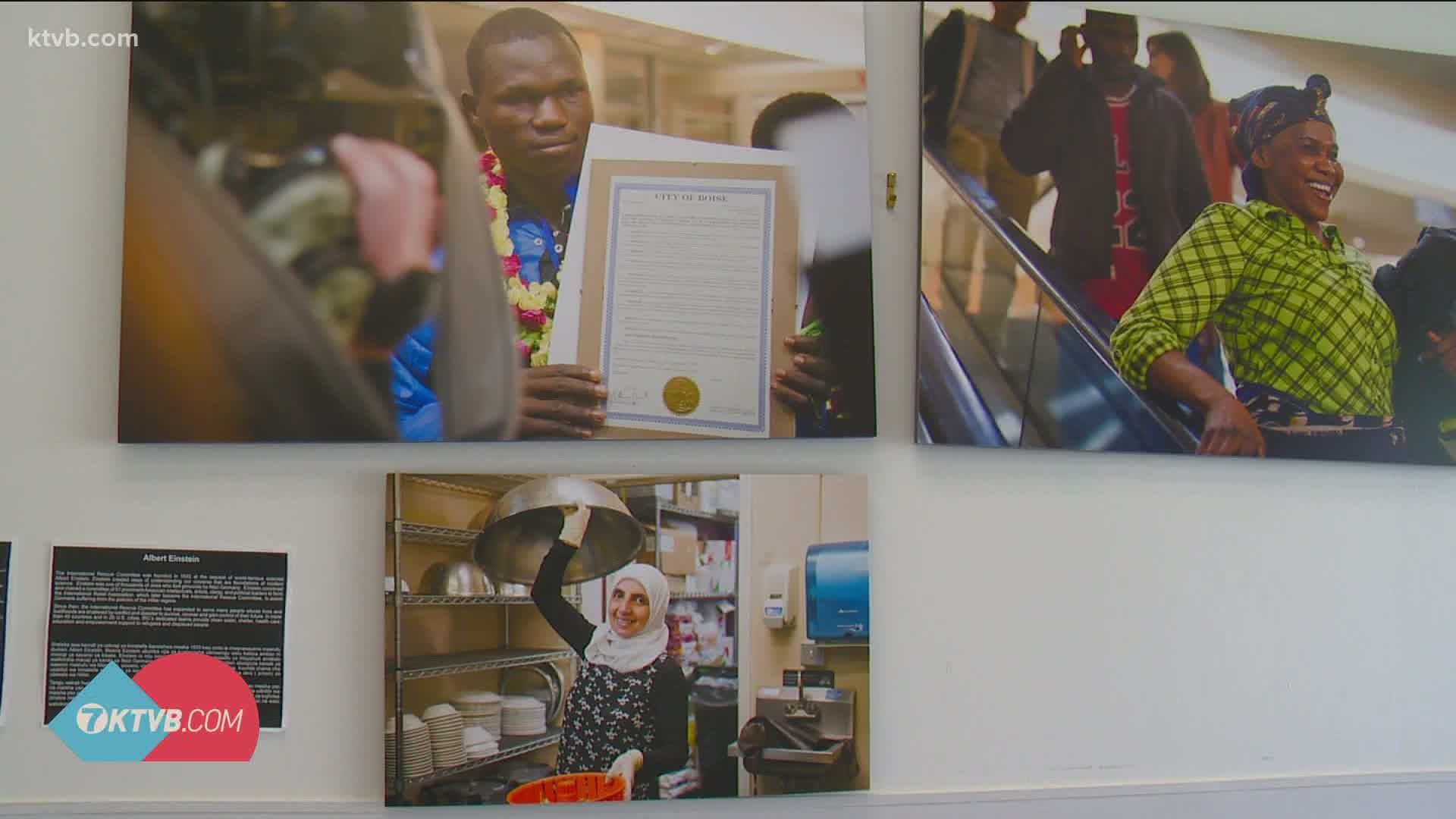 The administration also announced a goal to increase that number to 125,000 by 2022.

"Many of the families here are waiting forever to be united with their families," said Zeze Rwasama, the director of the College of Southern Idaho Refugee Program. "When you look at them, the joy just to hear the numbers are going to be going up, it's incredible."

Staff members and refugees in the CSI program have been waiting a long time for this change, according to Rwasama.

"During the last administration, the refugees were not coming," he said. "We moved from resettling 300 refugees to only settling 66 refugees a year."

The center's budget was also nearly cut in half during the Trump administration.

"The US has the capacity, it's not an expensive program to run," Rwasama said. "These refugees come in [and] we only have eight months maximum to help them with financial assistance. After that, no matter what, they are able to support themselves."

Georgette Siqueiros, the community engagement coordinator at the International Rescue Committee (IRC), said the increased refugee cap allows the program to prepare to resettle as many refugees as they typically would.

"This new PD, presidential determination, on arrivals caps means that we can all breath a little bit easier," she said. "It's really an indication that the new administration is willing to put us back on track to historic norms, which we are really excited to see."

Historically, IRC has resettled upwards of 600 refugees each year. Although they realize that increase won't happen overnight, work is already being done to prepare.

IRC is working to hire more staff and analyzing which departments need help, something they are thrilled to do.

"We have a lot of positions to rebuild and a lot of infrastructures that we need to set up both locally and abroad before we can go through all of the different processes that need to happen," Siqueiros said. "It's been so hard to see the need of refugees having to settle here and having to tell them no , or that they are just not able to make it here. Finally, this means that we are going to be able to say yes and welcome more families."

"To be able to be involved in a program that is giving human beings peace, security, future, helping them achieve their dreams, it's incredible," he said.