Idaho lawmakers marked day 100 of the 2021 legislative session Tuesday, but still have major budget items to finish before they sine die. 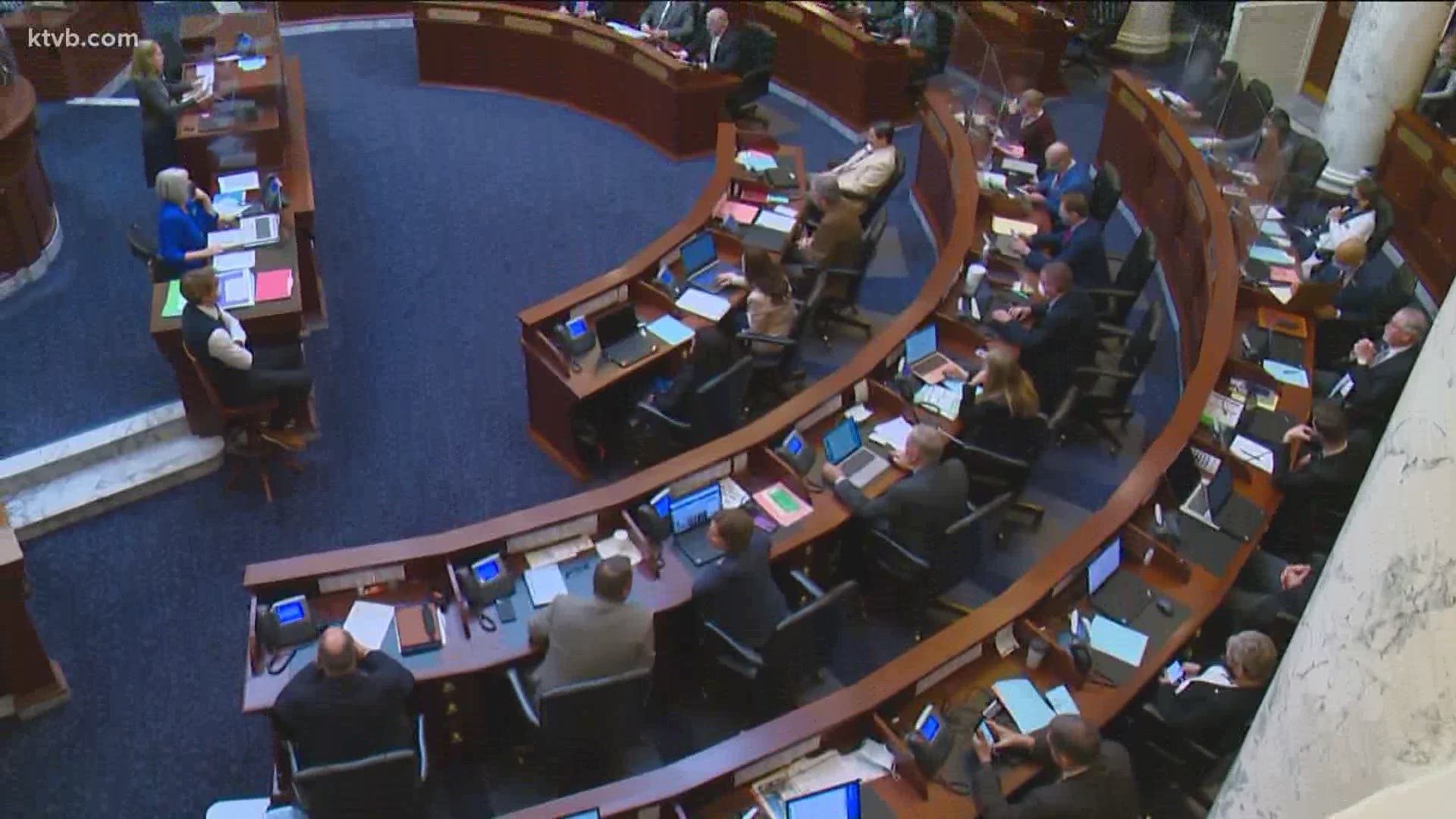 BOISE, Idaho — The idea of legislative productivity has been debated in recent weeks as Idaho lawmakers continue what is now the third-longest session in state history.

Tuesday marked day 100 and new legislation is still being introduced. Critics of the legislative pace are questioning if the session will eventually hit a record amount of days; the current record is 118 days.

"This has come to us awfully late," Sen. Michelle Stennett (D-Ketchum) said. "We aren’t talking about kindergarten or all kinds of things because we were told it was too late, so I’m a little concerned about why this popped up suddenly."

Sen. Grant Burgoyne (D-Boise) weighed in on the timing as well.

“I don’t know how we are going to end this session if we don’t stop printing bills," he said. "And it’s nothing about the bills, senators. It’s just managing the work for the session."

The legislation was approved for print and a hearing as a bill on a split voice vote.

On the House side, another budget was the center of a controversial debate on the floor. Some lawmakers say the proposal for Lt. Gov. Janice McGeachin's budget was inappropriately cut because of her political dealings, though she previously said the proposed budget seemed to be a punitive cut.

"In conversation earlier and at [Joint Finance-Appropriations Committee], the lieutenant governor said it was up to us what we did with that full-time position that hasn’t been filled now for three years," he said.

Advocates for McGeachin continued to debate that she was being treated unprofessionally.

In the middle of the budget debate, the House suddenly took about a 15-minute break. It was announced when the session resumed that the budget would be sent back to JFAC, joining a growing list of budgets that have yet to be approved.

Among other quick businesses, the House passed SJR 102, which would allow Idaho lawmakers to call themselves back into session if 60% of the Senate and House agree. Right now, only the governor can call back the legislature. That resolution will now go on the Fall 2022 ballot for a citizen’s vote. Some lawmakers argue it will provide room for better legislative pace, while others feel it’s unnecessary.

"If we knew that we could call ourselves back in, I think we would be more likely to adjourn faster and easier because we know it’s not off the table," Rep. Jason Monks (R-Meridian). "Right now, the system is forcing us to be here long."

“We are 100 days into the legislative session and we are contemplating legislation that would bring us back," Nash said. "I just don’t think that’s appropriate. I did not sign up for this to be a part of a full-time Legislature and I feel like this is putting us on the road to that if we aren’t already well down that road."

Idaho lawmakers in both chambers were dismissed from the floor session shortly before noon Tuesday. They are expected back early Wednesday. Lawmakers still have several budget items to cover before they can legally adjourn the session.