How Boise continues to be the City of Trees

The Boise Parks and Recreation director told The 208 that the City of Trees has more than 43,000 trees in its jurisdiction. 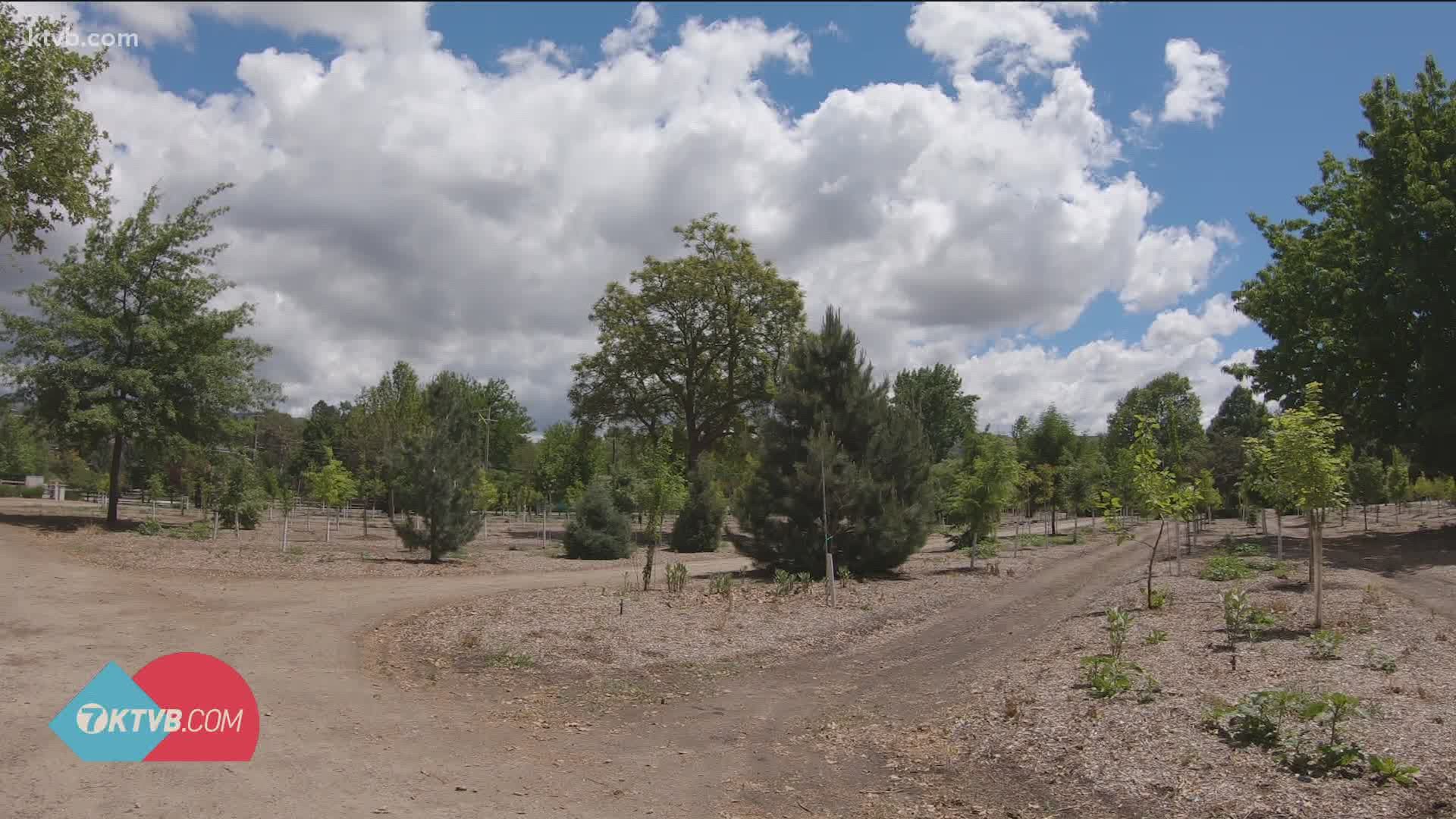 BOISE, Idaho — The City of Trees became Boise's nickname before it was even a city. As the story goes, after trekking through the desert along the Oregon Trail, French fur trappers came upon the Boise River Valley and shouted "Les Bois, Les Bois," or "the trees, the trees," in French. The name soon caught on.

In the middle of a vast desert region, all of those trees provided the start for Idaho's capital. To continue that, there is a small plot of land that the City of Boise owns and uses as an arboretum.

Found on Warm Springs Avenue in Boise, the Boise Arboretum isn't far from the home once owned by Laura Moore Cunningham, the daughter of C.W. and Catherine Moore, some of Boise's most well-known residents in its early days.

Cunningham was born in 1869 and spent whatever time outside of volunteering at her garden. When she died in 1963, her family donated several acres to the city. The land was turned into an arboretum.

According to Mike Andrews, the city forester, which is like sort of a metropolitan-Lorax, there are about 600 trees in Boise's nursery, with between 50 to 75 varieties of them.

Andrews explained that the trees' lives begin at the Willamette Valley in Oregon and they are then planted in Boise and grow for three to five years before finding their final home.

"We are essentially the stewards of the trees. We manage the trees," Andrews said. "We prune them, we remove them, we inspect trees, we plant trees, we grind stumps, and we just field questions day to day that the public has about trees."

Doug Holloway, the Boise Parks and Recreation director, told The 208 that he doesn't think many residents know about the forester or that the city has more than 43,000 trees in Andrew's jurisdiction.

After decades of being the City of Trees, some of the city's trees are beginning to show their age.

"Improving our canopy in the city of Boise is extremely important," Holloway said. "Our city isn't a young city anymore and so what grows up with your community is also your vegetation, and so our trees are getting older, our canopy is reducing a little bit because of the fact that we have an older tree canopy throughout the city."

Last year, Boise launched its "City of Trees Challenge," with the goal of planting 100,000 trees by 2030. The plan would also include planting 235,000 trees in the forests near Boise.

If someone has planted a tree in Boise in the last year, or are planning on plating one within Boise's city limits, the city asks that they log it with its online tracker.