Organizers on both sides reflect after Tuesday's contentious protest in Boise

Participants in the protest and counter-protest in front of Boise City Hall clashed at times Tuesday night, with several fights breaking out. 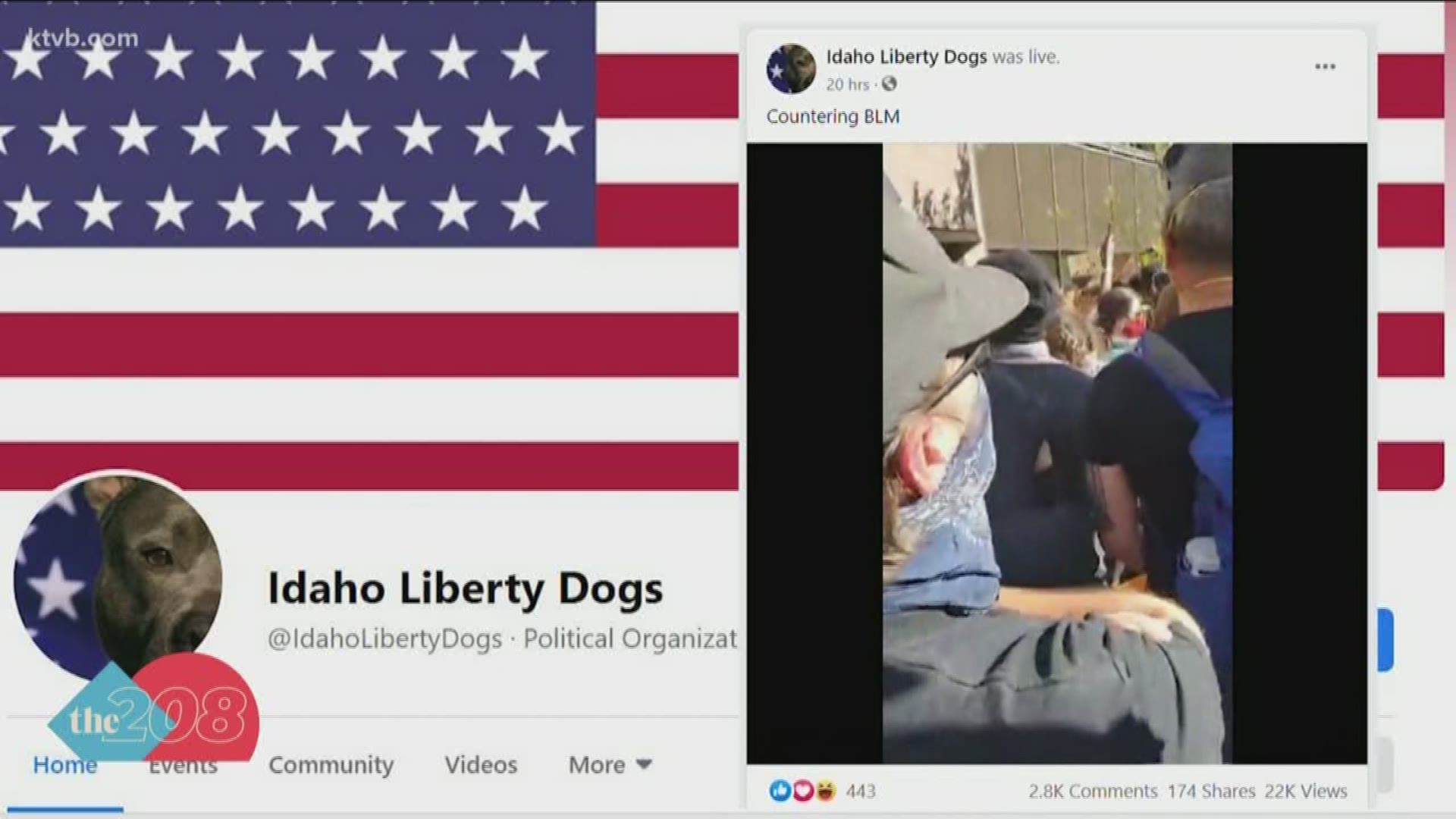 BOISE, Idaho — People in Boise have taken it to the next level when it comes to racial and social injustice protests.

Tuesday night, hundreds made their way downtown for what was a planned Black Lives Matter rally and protest, held outside City Hall as the Boise City Council met for their weekly meeting.

Specifically, protesters were calling for Boise Mayor Lauren McLean to "defund" the Boise Police Department, though the term is often used loosely, more so referring to the shifting of funds into other social programs within the city itself - things like schools, homelessness, healthcare, and mental health.

This wasn't the first rally or protest about this issue, but it was the first to see a swarm of counter-protesters join in, enough that police had to close down Capitol Boulevard in front of City Hall.

Pam Hemphill told us that part of the influx of counter-protesters is thanks to her, saying she fears what has happened in other cities will eventually happen in Boise.

"We are seeing it happen everywhere else and we're not going to allow to happen in Idaho," Hemphill said. "That's the message that they need to know, that you're not going to come here and destroy our city. We won't allow it. If you do, if you do cross that line and start destroying and breaking windows and hurting people, we're going to be there to protect our city."

Hemphill said she simply wanted to show her support for law enforcement officers, which is when the 'Liberty Dogs of Idaho' and the 'MAGA Girls' offered to help. So they put out calls on social media, Hemphill says, to keep the protest from turning destructive.

"What I heard in their [Black Lives Matter] messages was violent, mean messages, 'This is going to be a new country, we don't want your America.' You're sitting there talking like that, telling that to patriots that are sitting out there that have died for this country, that you don't want this America?"

Tai Simpson, who helped organize Tuesday night's protest, said the focus on the violence distracts from the narrative.

"For them to show up under the assumption like these counter-protesters showed up like, like 'oh my gosh, this is a Black Lives Matter,' there's this assumption that it's violent, and that's not the case," Simpson said. "We had 5,000 people show up for the vigil [on June 2], and not one slice of violence, at all, and that's how we want to show up in all of these spaces.

"We want to show up and we want to be heard, but for some reason, because of a serious lack of understanding, a serious lack of compassion and empathy, are they able to hear us and hear us in a way where the conversation can get going?" Simpson added.

No arrests were made Tuesday night, but the Boise Police Department said the amount of confrontation they saw in Boise was unprecedented, later apologizing to those who felt unsafe.

Hemphill agrees that everyone has the right protest, to say what they want and believe what they want, but she says words can often be misconstrued.

"But what does that mean, 'We don't want your America?' People can take that message and say 'we're going to destroy your constitution!' The minds in people start going a different direction when they're hearing you don't want to be for America."

Black Lives Matter protesters argue that they are simply pushing for systemic changes that are long overdue.

"I'm not asking them to change their minds overnight," Simpson added. "What I'm asking them is to sit down and have the conversation, put their guns away because those are not necessary, and listen. They've spent their whole lives shouting and feeling entitled to all of the narratives and that's not okay."