The protesters were met by counter-protesters, prompting police to shut down Capitol Boulevard. 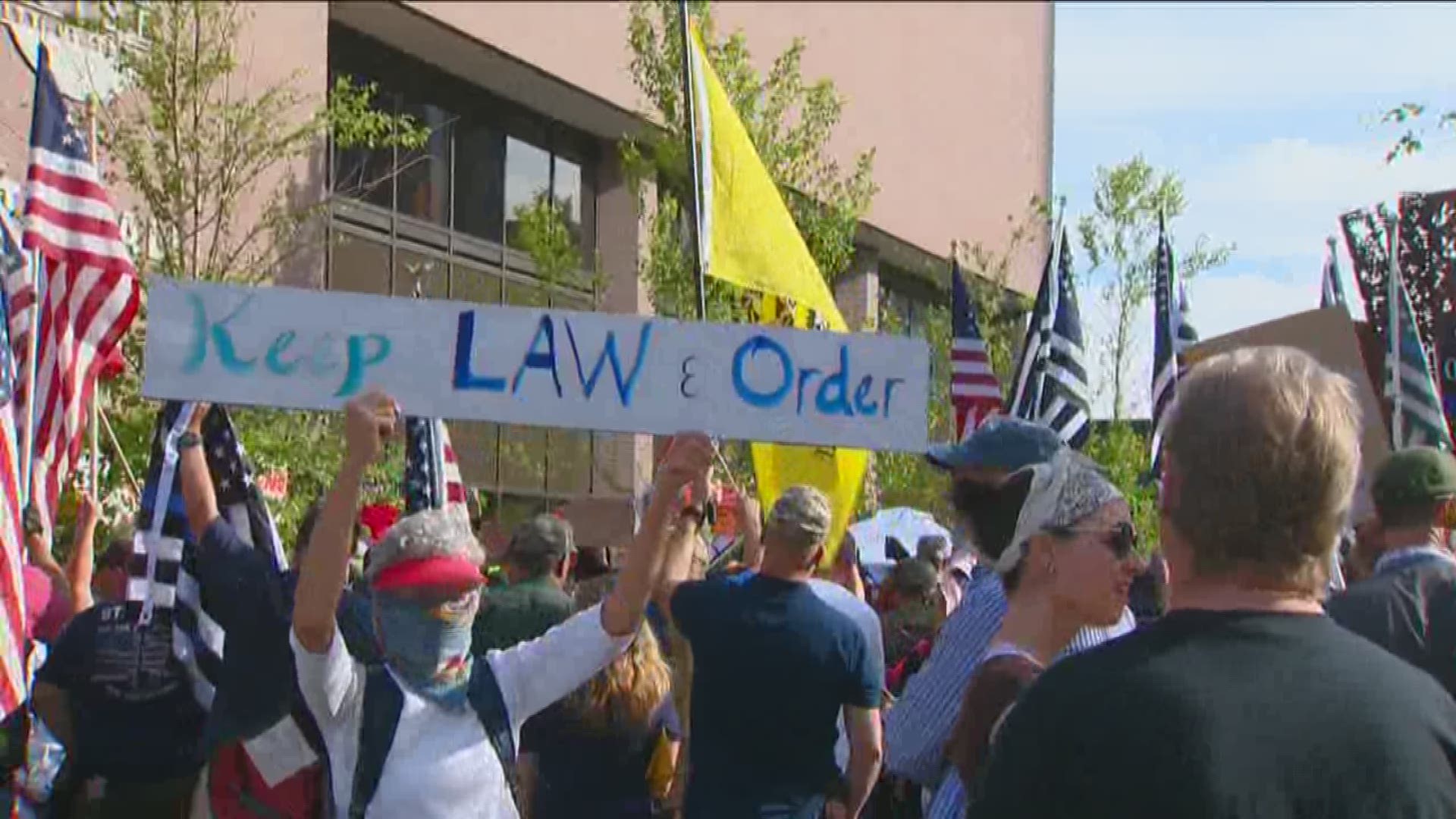 Black Lives Matter protesters are calling for a change in the city's budget, with more funding directed towards social services and away from the Boise Police Department. The crowd occasionally shouted "Black Lives Matter" and "Defund the Police."

"We have been raised and told that the police are here to protect us," said Amaia Sangroniz, who supports defunding the police. "But what protects us isn't the size of our police budget, it's the fact that we have a safe community. It's that people in Boise are safe, the fact that we have social services protecting our homeless populations, protecting our minority populations."

Others told KTVB they are not necessarily against police - but they feel the amount of funding given to them by the city could be put to better use.

"The police system itself is built off something we shouldn't be proud to stand for and if we reallocated even some of that money into our education or rehabilitating the homeless, or mental health services, I feel like Boise would be a better place," said Katelyn Neville.

Shavonne Bostaph also supports defunding the police and the "excessive" amount of money the City of Boise budgets for its police force.

"Defunding the police doesn't mean abolishing the police," she said. "It just means reallocating the excessive amount of funds - I believe it's $70 million this year in Boise, Idaho - to more needed social programs."

RELATED: When protesters cry 'defund the police,' what does it mean?

Counter-protesters were also there, supporting Blue Lives Matter. The group marched from the Idaho State Capitol Building to City Hall. Some were seen waving blue line American flags and one man was seen in full body armor, carrying an assault rifle. They chanted things like "USA!" and "Back the Blue."

"Every civilization needs to have rules and regulations in order to function," said Tracy Goodloe, who is against defunding the police. "It's not trying to lead the sheep, but it's to enforce things for their own safety. We don't always agree with the laws but they're there."

Cin Alfonso is with Idaho Liberty Dogs, which helped organize the opposing march.

"We do not agree with defunding the police, especially with our growing community that we have going on right now," she said. "Lawlessness - that's my concern. More crime, that's definitely going to happen."

Pam Hemphill also supports police and leaving funding as is.

"The police department's equipment is expensive and paying their salaries too and so that budget cannot be touched," she said. "A society without police is not a free society.

"They feel we don't need as many police officers," Hemphill added. "Just take a look at the record. The reason the crimes are down, the thefts are down, is because of the police department."

KTVB's Misty Inglet was on scene of the protests and had to move to the other side of Capitol Boulevard because the two sides began shouting, yelling obscenities and showing obscene hand gestures at each other. Several fights and shoving matches also broke out. People from both sides, as well as police officers on scene, stepped in to de-escalate the fights.

Inglet says one protester spat on her after shouting "F*** the media" at her.

During the protests, Boise Police closed down Capitol Boulevard between Main and Idaho streets, causing traffic congestion during rush hour traffic. In a Twitter post just after 8:30 p.m., police said the crowds had dispersed and that Capitol Boulevard had reopened.

Police acknowledged that the "interactions between groups were spirited" and that fights were broken up by officers, but said no one was arrested.

The City of Boise is scheduled to hold a public hearing on the proposed budget on July 21.