Since the 1940's, 'Betty' has been washing clothes on Vista Ave. in Boise. In 2002, Betty was featured in John Miller's Idaho Life. 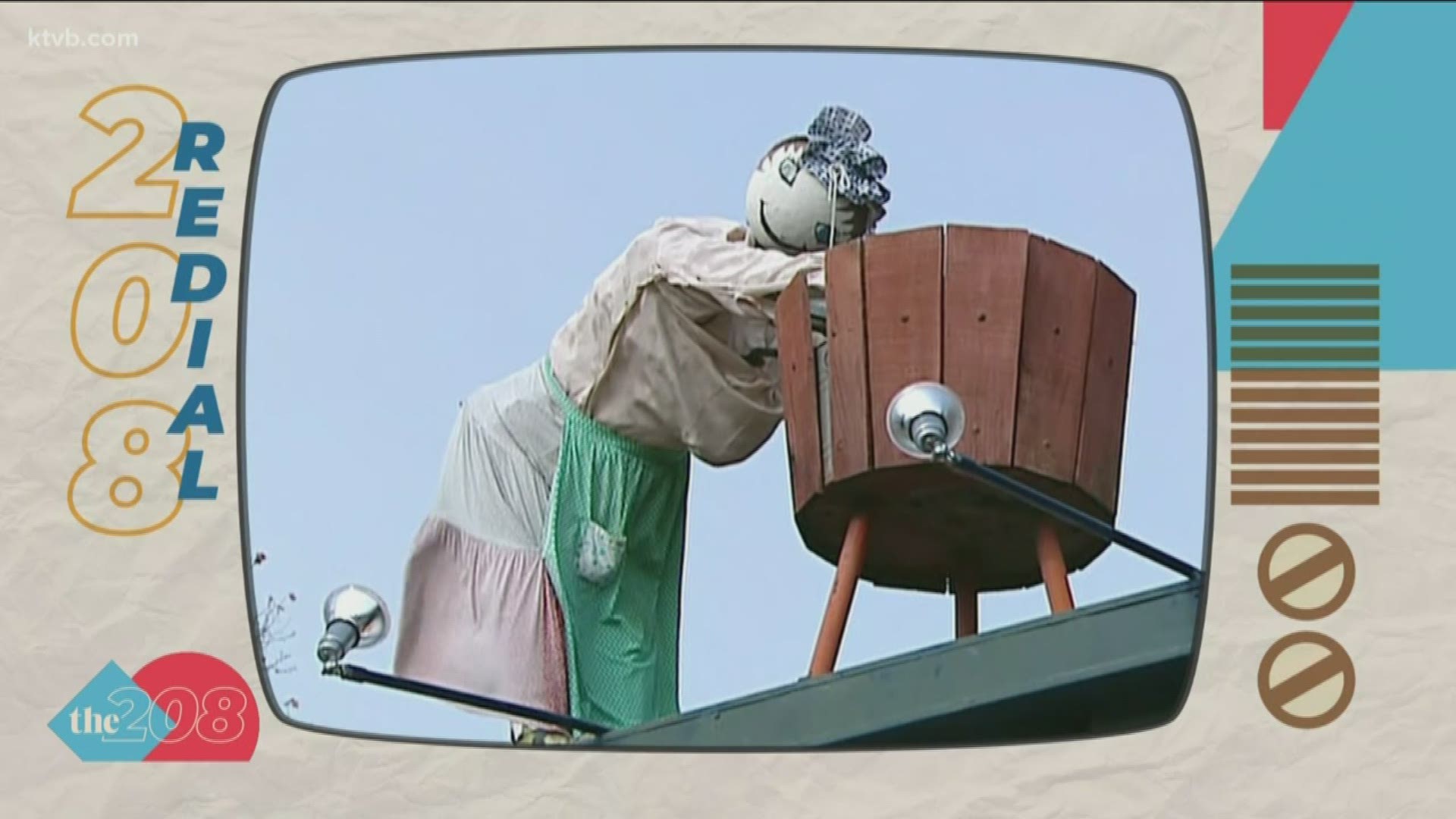 BOISE, Idaho — She's been a Boise staple on Vista Avenue since the 1940s.

Whether she's posing for her annual calendar or just working on getting the laundry done, Betty the Washerwoman is an iconic piece of history.

Below is what John had to say about Betty in 2002:

She's been working on the same load as long as Said Maravilla can remember.

"Yes, but longer than that," Maravilla said. "I know people that say it's been here for 50 some years, or maybe longer."

The Maytag Wash Lady. A fixture over Vista Avenue since the forties, near as anyone can remember.

A spot on Boise's compass that at one time pointed the way to just about anything.

"Well you know where the old wash lady is on Vista, It's just past that!" Art Cardoza remembers exactly.

"For those who don't know, the old wash lady! That's how she used to go!"

Before her motor mechanism broke down five or six years ago.

"But coming out on vacation in the sixties, she was there working away," Mendoza said.

Maybe a small part of the reason he moved out here from Chicago 12 years ago.

"And I just decided she was a Boise Landmark and I should paint it," Gianpaoli said.

"How many people ask you about her?"

The reason, the owner of the laundromat says, is because the motor's too old and fragile to keep in operation, but he does try to get up there and change her clothes every once in a while.

She was up and running for about 15 years before her motor burned out again.

That was eventually replaced, as well as her head, which was destroyed by a group of vandals last year.

RELATED: Boise community upset after Betty the Washer is damaged by vandals

RELATED: Betty the Washerwoman back at work on Vista Avenue

She does change outfits quite regularly, but recently, she stepped up her game.

Drive down Vista Ave. and you'll see that Betty's dressed as a Red Cross Nurse.

Owners Paul and Mary-Jean Wagner say they opted to change Betty into the outfit because they wanted to spread a little cheer to healthcare workers on the front lines as they help battle the coronavirus at area hospitals.