You can't vape where you can't smoke in Boise, City Council rules

Use of e-cigarettes is now prohibited where smoking tobacco was already banned. 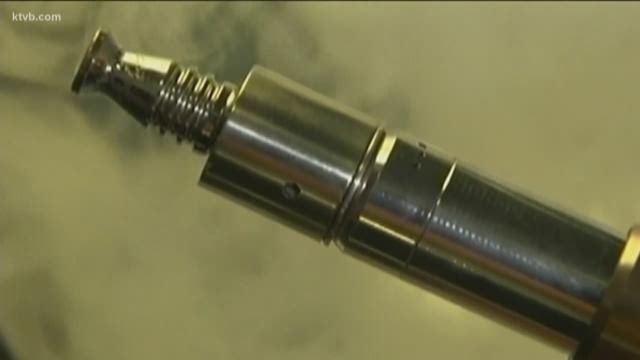 BOISE, Idaho — Several years ago, Boise officials made it clear that you can't "smoke 'em if you got 'em" everywhere.

That rule now extends to e-cigarettes, too.

On Tuesday, the City Council voted to remove the exemption on vaping in the same areas where smoking tobacco is currently prohibited.

That means the same ordinance that bans smoking in Boise bars and some public parks under a city ordinance passed in 2011 - as well as an Idaho law enacted in 2004 - now applies to e-cigarettes.

Vaping - especially among teens - is coming under increasing scrutiny in Idaho and across the nation as JUUL and other major players in the growing e-cigarette industry market their products as a healthier alternative to smoking cigarettes.

But many are raising red flags as e-cigarette use among teens reaches epidemic proportions.

“It's a big problem everywhere, it's not just here,” DrugFree Idaho’s Rob Stevenson said earlier Tuesday during an event to educate parents and students about the dangers of vaping. “There's tons of chemicals in vape that does damage to the lungs, and nicotine is in vape, which is incredibly addictive and that's not something we want our kids to do at 13, 14 years old.”

ALSO: 'It's a big problem everywhere, it's not just here:' Treasure Valley continues to see an uptick in teen vaping