'It's a big problem everywhere, it's not just here:' Treasure Valley continues to see an uptick in teen vaping 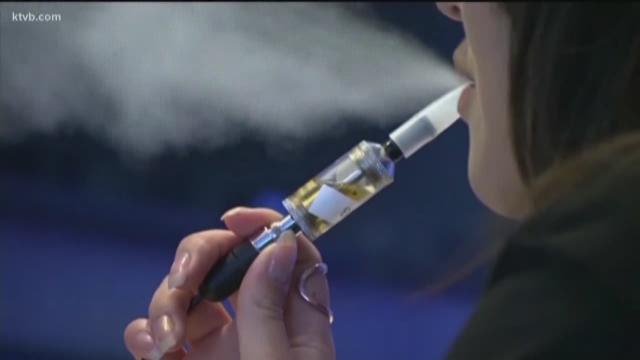 MERIDIAN, Idaho — Vaping is not just a problem among teens across the nation, but here at home as well.

On Tuesday, Drug Free Idaho, Nampa Police, Idaho Office of Drug Policy and West Ada and Nampa school districts teamed up to educate parents and students about the dangers of vaping.

“It's a big problem everywhere, it's not just here,” Drug Free Idaho’s Rob Stevenson said. “There's tons of chemicals in vape that does damage to the lungs and nicotine is in vape, which is incredibly addictive and that's not something we want our kids to do at 13, 14 years old.”

In Meridian, the city saw citations for tobacco violations double from 2017-2018. Those violations included vapes.

“It might start out as something fun but it's very easy and too late to stop before you become physically addicted,” said Kendall Nagy, Meridian Police Department’s Substance Abuse Prevention Coordinator and MADC Director.

He says he’s seen the issue get worse over the last two years.

“I think part of the issue is kids think that it's cool and companies are targeting our kids by the different flavors they're providing in the vapes,” Allison said.

The appeal is also in the design.

“They design these things to be appealing to young people, to look like technology, look like it can be concealed,” Stevenson said. “There's hoodies with the pipes and the strings, so they can just use that and it looks like they're sucking on the hoodie string.”

“We're finding that not only high levels of nicotine are being found in the vapes, but THC is very prevalent as well,” Nagy said.

The first education night was held at Mountain View High School in Meridian on Tuesday.

Another education night will be held on Wednesday at Columbia High School in Nampa.

RELATED: Youth smoking decline stalls, and vaping may be to blame