'It's a problem right here in Idaho': Health experts address concerns about vaping among teens

One in five high school students have used a vaping device or electronic cigarettes nationwide. 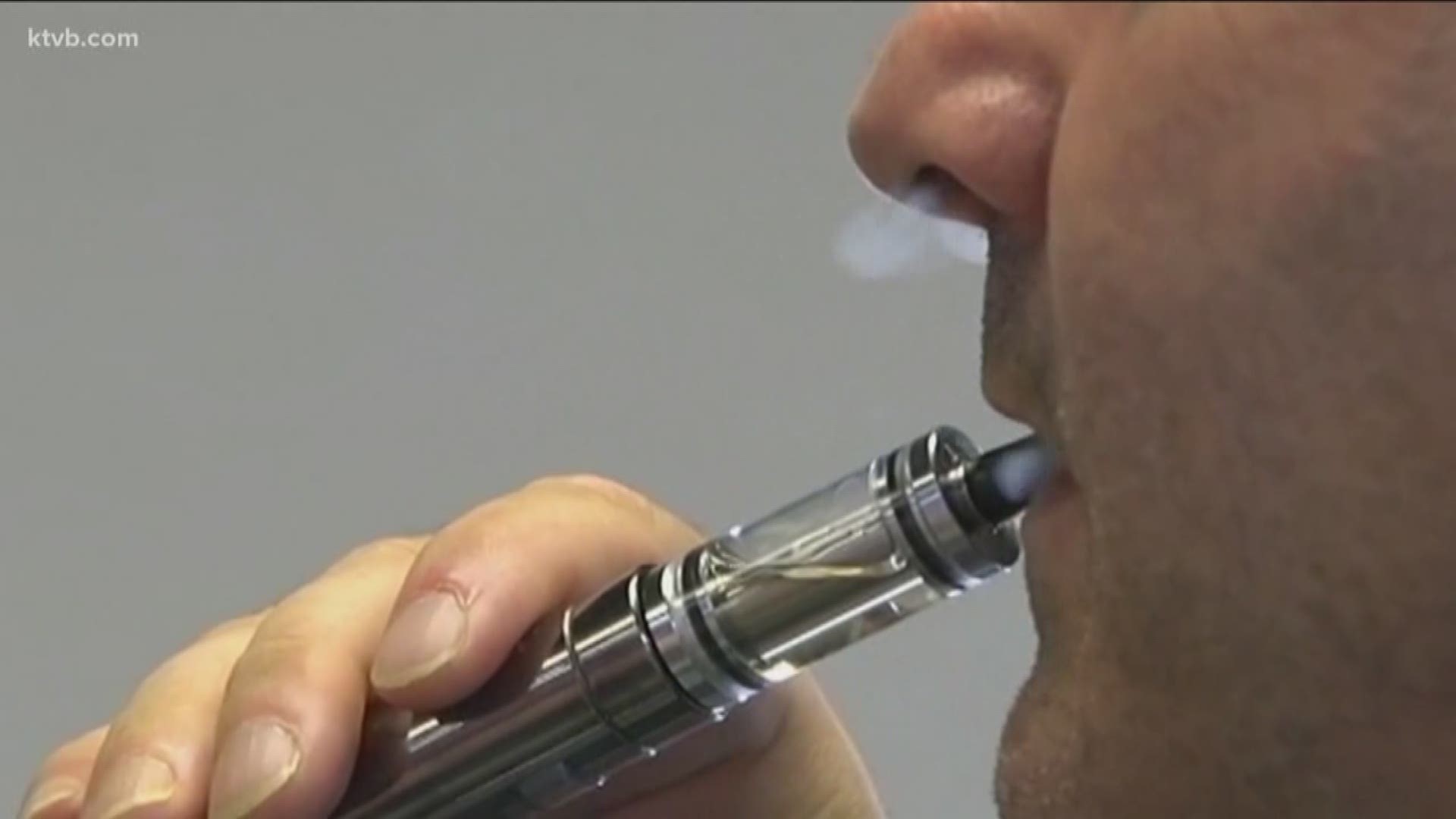 BOISE, Idaho — Teenagers vaping has become as epidemic across the nation and here in Idaho.

“We're seeing 20-25 percent of youth trying these in schools,” Stanford University Professor of Pediatrics Dr. Bonnie Halpern-Felsher said. “The national numbers show for middle school students 1 in 20 have used a vaping device in electronic cigarettes, and for high school 1 in 5. That's a huge number to be looking at right now."

Dr. Halpern-Felsher addressed the vexing vape problem among teens at a forum at the state Capitol on Wednesday.

RELATED: Youth smoking decline stalls, and vaping may be to blame

She says the way e-cigarettes are marketed and the flavors available make vaping attractive to the youth.

“We know that, they love bubble gum, they even love mint and menthol, and they love candy flavor, and these products come in over 15,000 flavors right now,” Halpern-Felsher said. “The other thing that's very attractive to them is being able to do these big plumes of smoke or aerosol that's coming out.”

Those plumes though carry some major health risks, like nicotine and the likelihood of becoming addicted.

"Some of these products, particularly the Juul and the other pod-based products have anywhere from 41 milligrams of nicotine per pod, per device, all the way up to 50 to 60 milligrams,” Halpern-Felsher said. “That is equivalent to 1 1/2 to 3 packs of cigarettes depending on which device you're talking about.”

Saint Alphonsus Director of Advocacy, Corey Surber, has been a part of a local coalition working to raise the legal sale age for tobacco and e-cigarette products. She says teens vaping is “a problem right here in Idaho.”

Their coalition put forward legislation that did not move forward so now they're focusing this year on educating  everyone about e-cigarettes and vapes.

KTVB spoke with Matrix Vapor in Boise and Meridian about how teens are getting their hands-on vaping products.

“The only way I see minors getting their hands on this product is either their friends who are over 18 or their parents coming in and purchasing the stuff,” Matrix Vapor’s General Manager, Micah said.

He says they're aware of what's happening when it comes to teens and vaping and that's why they're even more careful as to who they sell to.

“You have to be 18 to even step through my doors and if you do not have your ID, you are instantly asked to leave,” Micah said.

On April 24, the Boise School District is hosting a "vape free" informational session for parents at South Junior High. It runs from 6-8 p.m.

Experts will be on hand to discuss how you can talk with your kids about vaping and the health dangers associated with vaping, as well as the state and local vaping laws.