“Last year he was an angel, you would not know that he had any behavioral issues at all. In May he tried jumping out of a moving vehicle,” she said. 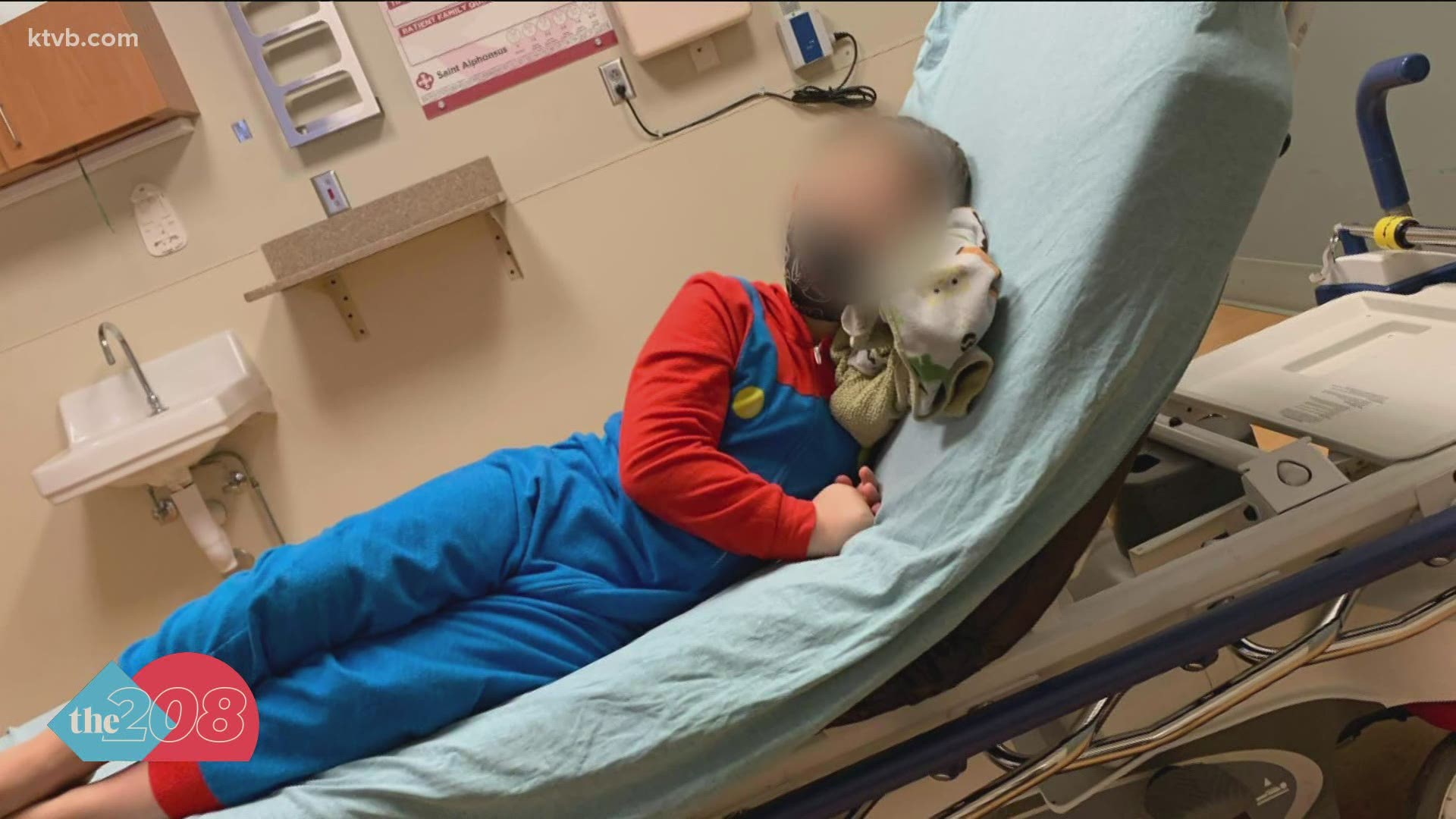 BOISE, Idaho — Nearly a year ago when schools across Idaho shut down to stop the spread of the COVID-19, school district officials, teachers and parents had to scramble to make sure children could still get an education despite not being able to attend school in person.

Now, as students and teachers prepare to return to in-person learning, many are reflecting on how a year of isolation has affected young children.

Pediatrician Dr. David Peterman with Primary Health told KTVB on Tuesday that he has never had so many children come into his office struggling with depression and anxiety.

One local mother knows this struggle all too well.

Jaimie Pierson's 6-year-old son had to switch to online learning for most of last year. She says social isolation made her young son suicidal.

“Last year he was an angel, you would not know that he had any behavioral issues at all. In May he tried jumping out of a moving vehicle,” she said. “Starting around July or September, he started telling me he wanted to kill himself, and I'm like do you know what that means?”

Her son ran outside and attempted to jump in front of a vehicle at 9pm, lucky Pierson said she screamed loud enough to distract him and the vehicle passed, still she took him to the emergency room to get help.

Pierson's son made a second attempt at taking his life in November, landing them in the ER for the second time.

"He ran out into the middle of [the street], so at that point, we had to call the police ambulance, all of that," Pierson said.

“I was talking to the nurse and I was like there's a lot of kids here and she was like yeah, we normally have one to two kids a month, if that, and right now we are coming up on 14 or 15 and it’s all due to the pandemic, we believe,” she said.

Pierson said her son wears glasses and uses hearing aids and that bullying was starting to become an issue right before the pandemic closed classrooms.

“With the hearing and all of that, he struggles socially anyways so to add that social issue on to it, that makes it even more tough for him," she said.

The pandemic has made matters worse, according to Pierson. During online school, her son would turn off his camera and not participate.

“Last year he was 80 to 90 percentile, top of his class, even with the hearing loss, average to above average in reading," she said. "This year it's instantly dropped right down to average or just below average,” she said.

Pierson's son has been going to school full-time in person since December. While the transition back to in-person learning has helped, every day is a work in progress.

“His temperament is a lot better," she said. "I think as things start to get back to normal, things start opening up, he can start doing things, seeing his friends. He is a very huggy kid so getting to hug his friends, things like that.”

If you or someone you know is having suicidal thoughts, Idaho has a crisis hotline that can be reached at any time by calling 211. The Idaho Suicide Prevention Hotline is also available to help and can be reached at 208-398-4357.