Idaho suicide is a serious issue all the time, not just during the pandemic 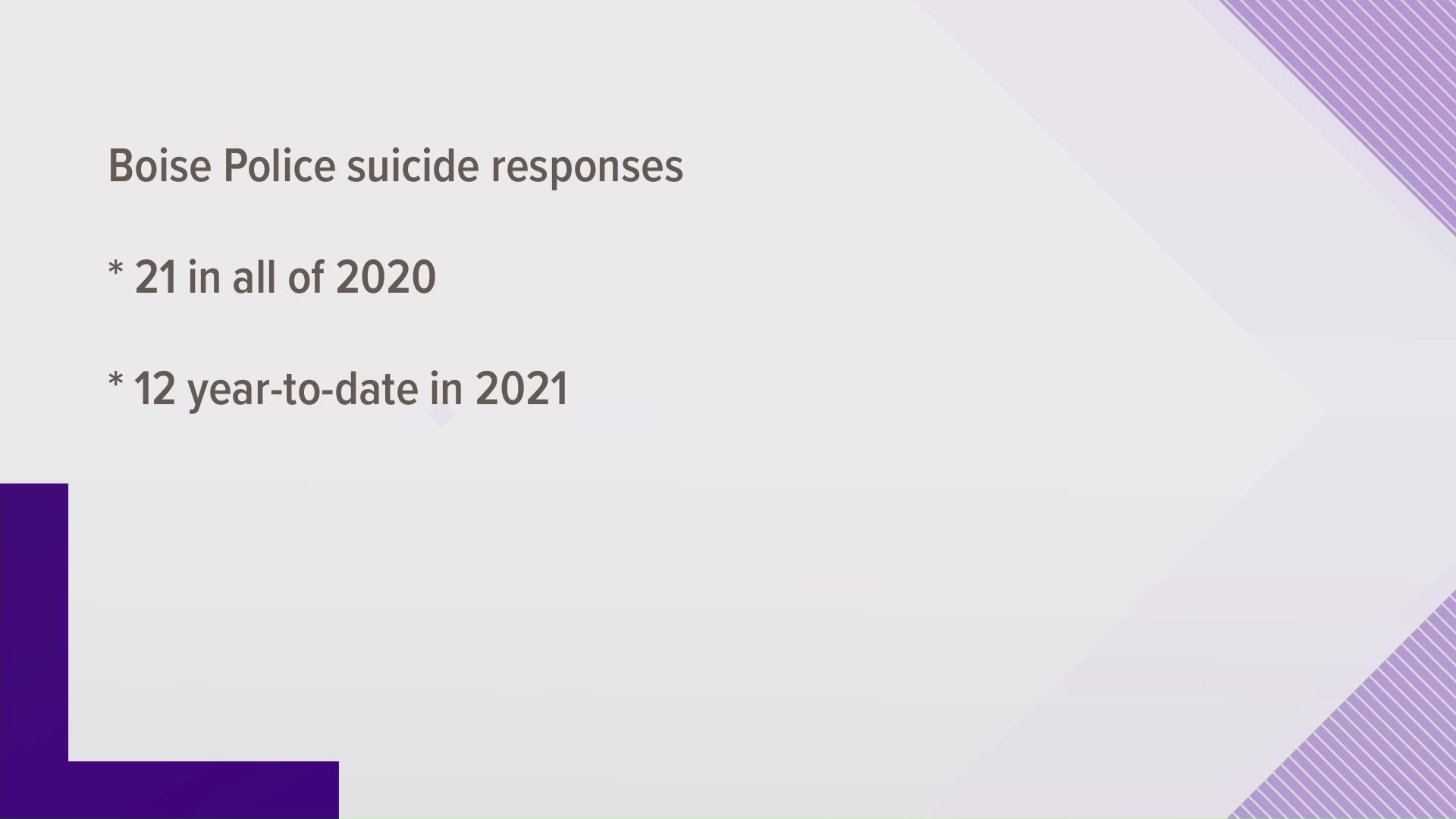 BOISE, Idaho — Suicide is a tough topic, but it's necessary to talk about in order to minimize the damage to our community and our loved ones.

The Idaho Department of Health and Welfare data shows that suicides rose from 362 in 2019 to 419 in 2020. Lee Flinn, director of the Idaho Suicide Prevention Hotline said the fight against suicide is a constant battle and one we should all be fighting.

"When you respond to a suicide scene there is utter grief and dismay and it is a shock to those who are left behind,” he said. “It's a whole situation that we need to do better as a community, as a country, and as people caring for another and helping each other when it's a tough time."

The Idaho Suicide Prevention Hotline had a gradual uptick in calls since December, which means more people that need help are getting it.

Having open conversations with friends and loved ones can help prevent suicide, but if you feel like nobody is listening, call or text the Idaho Suicide Prevention Hotline at (208) 398-4357.

You can also access mental health resources around the Treasure Valley by visiting Hello Idaho on KTVB.COM.