'There is recovery:' Actress and Idaho resident Mariel Hemingway talks about mental health

Hemingway, the granddaughter of Ernest Hemingway, says seven members of her family have died by suicide. 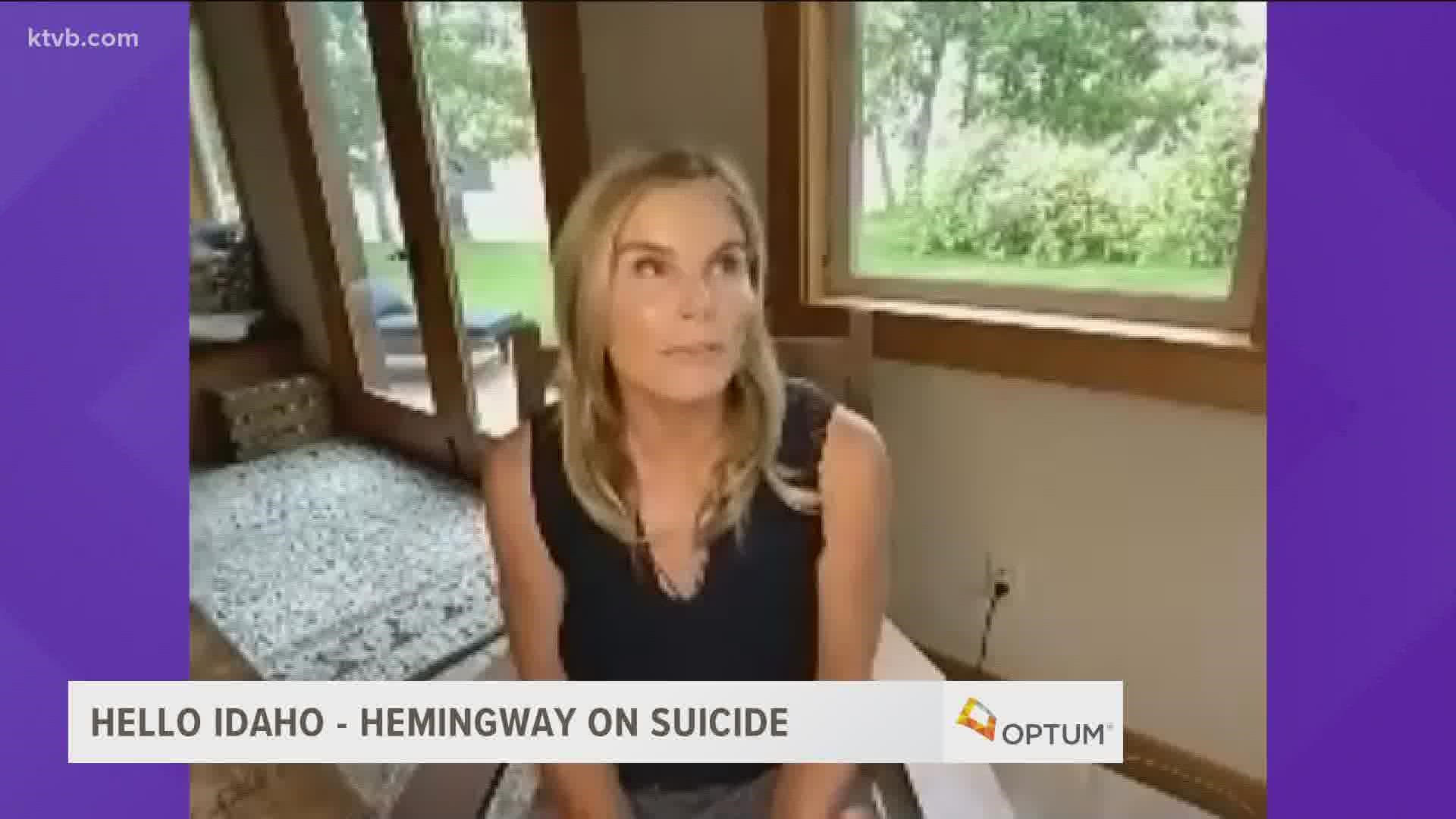 Hemingway was just 14 years old when she landed a breakout role alongside her sister, Margaux Hemingway, in the 1976 movie "Lipstick." Her performance earned her a Golden Globe nomination. Three years later, she earned an Academy Award nomination for her role in "Manhattan" starring Woody Allen.

"I grew up in a generation, we didn't talk. I mean my family was like, 'We don't talk about those problems,'" Hemingway said. "I have a sister who suffers from mental illness and it was never spoken about, never, and it was never like that was the problem."

Hemingway talked about her family's troubled history in the 2013 documentary, Running from Crazy, calling it a "family curse." Seven members of the Hemingway family have died by suicide, including her sister Margaux in 1996.

But breaking her silence wasn't always easy for Hemingway.

"Fifteen, 20 years ago when I sort of started speaking, it was way more shrouded in like taboo, we don't talk about this," Hemingway said. "I've had massive depression. I had suicidal ideation. It was years ago. I came from such a shamed place about it."

Hemingway is now a crusader and advocate for mental health and believes talking about it is the first step in getting rid of the stigma.

The 59-year-old is once again living in the Sun Valley area, and wants to focus her efforts here in Idaho, teaming up with Optum Idaho and creating the Mariel Hemingway Foundation.

"And what's great about Optum, and I love being back in Idaho, back in my home state, our home state, to be able to make sure that this state is strong in its ability to address these issues," Hemingway said.

She wants her foundation to be a resource to help people better understand mental health, mental wellness and mental balance.

"It's not about, 'Oh I've got this perfect solution.' I want to guide people to their solution, wherever they are. So that's the passion behind it," Hemingway said. "There are all kinds of different avenues to get to a place of balance, but there is a solution. There is recovery for people."

Hemingway says she now thinks of her life as an adventure of discovering how she can continue to be healthier and happier.

"So instead of looking at it as this drudgery, I just think 'oh my gosh. I have an opportunity to be an expert in the field of me,'" Hemingway said.