Hello Idaho: How to be an ally during Pride Month

"Your actions and words have meaning and are understood by others, so set a good example," Optum Idaho Deputy Director Casey Moyer said. 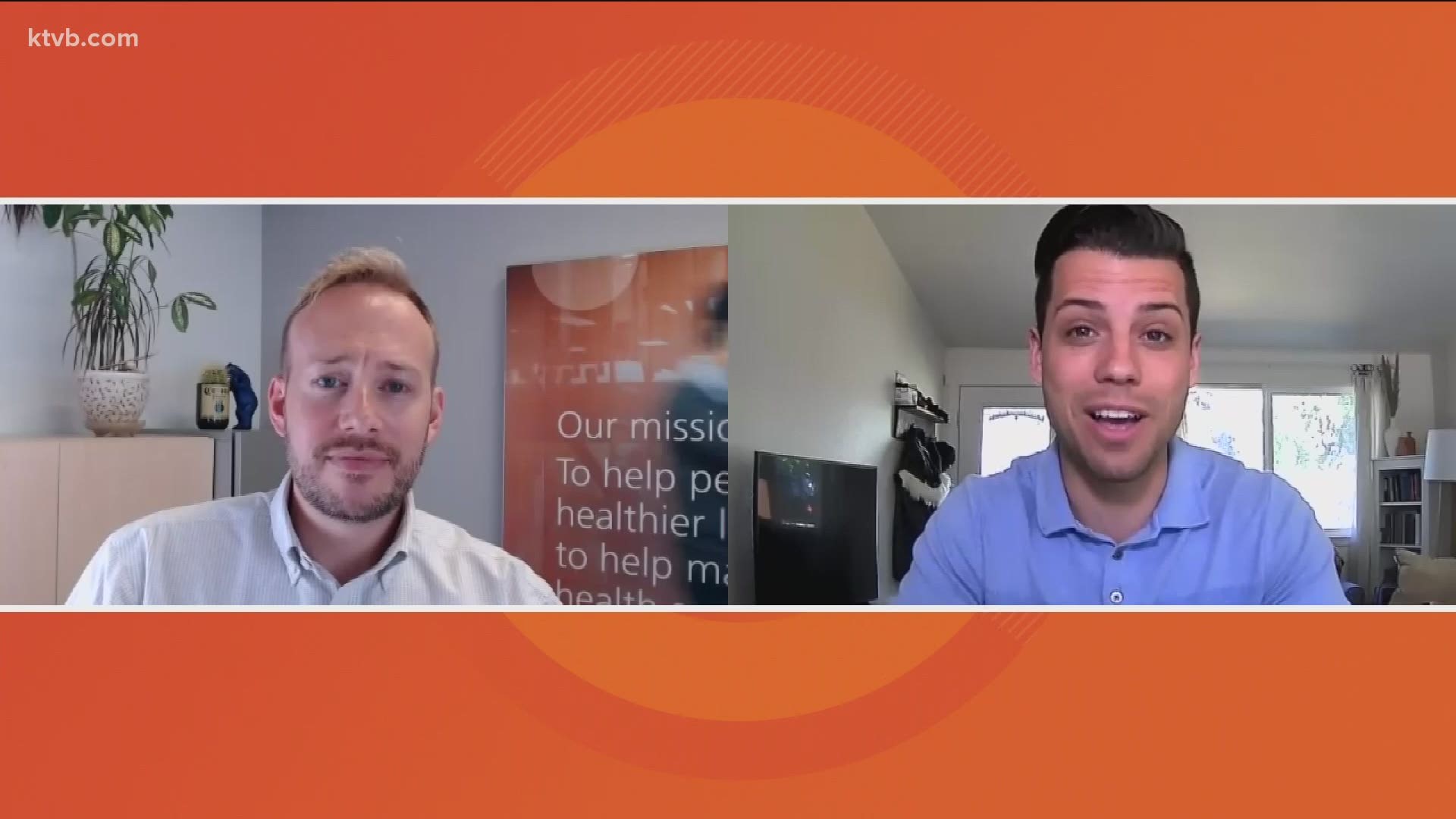 BOISE, Idaho — June is Pride Month, a time to celebrate and recognize the impact that lesbian, gay, bisexual and transgender individuals have had on history locally, nationally, and internationally.

Optum Idaho Deputy Director Casey Moyer sat down with KTVB's Chase Biefeldt to talk about ways to support LGBTQ+ members of the community.

"Pride Month is celebrated annually in June and it is really to commemorate the 1969 Stonewall Riots in which members of the LGBT community rose up to resist police harassment and persecution that was taking place in New York," Moyer said. "This uprising marked the beginning of a movement to change discriminatory laws and practices against LGBT Americans as well as bring visibility to an often unseen and marginalized group of people."

Moyer added that the LGBTQ+ community has made strides in recent years, pointing to the win on marriage equality. But members of that group can still be at a higher risk for behavioral health symptoms and disorders.

Teenagers who identify as LGBTQ are six more times likely to have symptoms of depression than straight teens, he said, and four times as likely to attempt suicide. Adults are also affected.

"Thirty-one percent of LGBTQ older adults report depressive symptoms, while 39% report serious thoughts of taking their own lives," he said. "Forty-eight percent of transgender adults considered suicide in ]the last year, compared to 4 percent of the overall U.S. population. We need to do better and support our neighbors."

Moyer said that even those who are straight can take steps to be an ally to the LGBTQ+ community. Avoiding assumptions, speaking up, and being an advocate is important, he said.

"Show your support openly with a commitment, encourage respect and dignity, so if you see something that is not respectful taking place in the community stand up and be a voice to that. Create a safe space for communication. That includes listening respectfully and invite open conversation," he said. "For example, if you are a parent talk to your children about sexual orientation and gender identity and gender expression. What are those, what do they mean, and how are those potentially different. Educate yourself, learn how to talk to and advocate for the LGTQ+ community in language that is unbiased, non-discriminatory and non-judgmental. And lastly, put the person first. Choose your words carefully to ensure that you're respecting the individual and not just an aspect about their life. Your actions and words have meaning and are understood by others, so set a good example, lead with compassion and respect, and enjoy the warm weather in June and join in the pride celebration."