Here's who is performing at the 2021 Boise Pride Festival 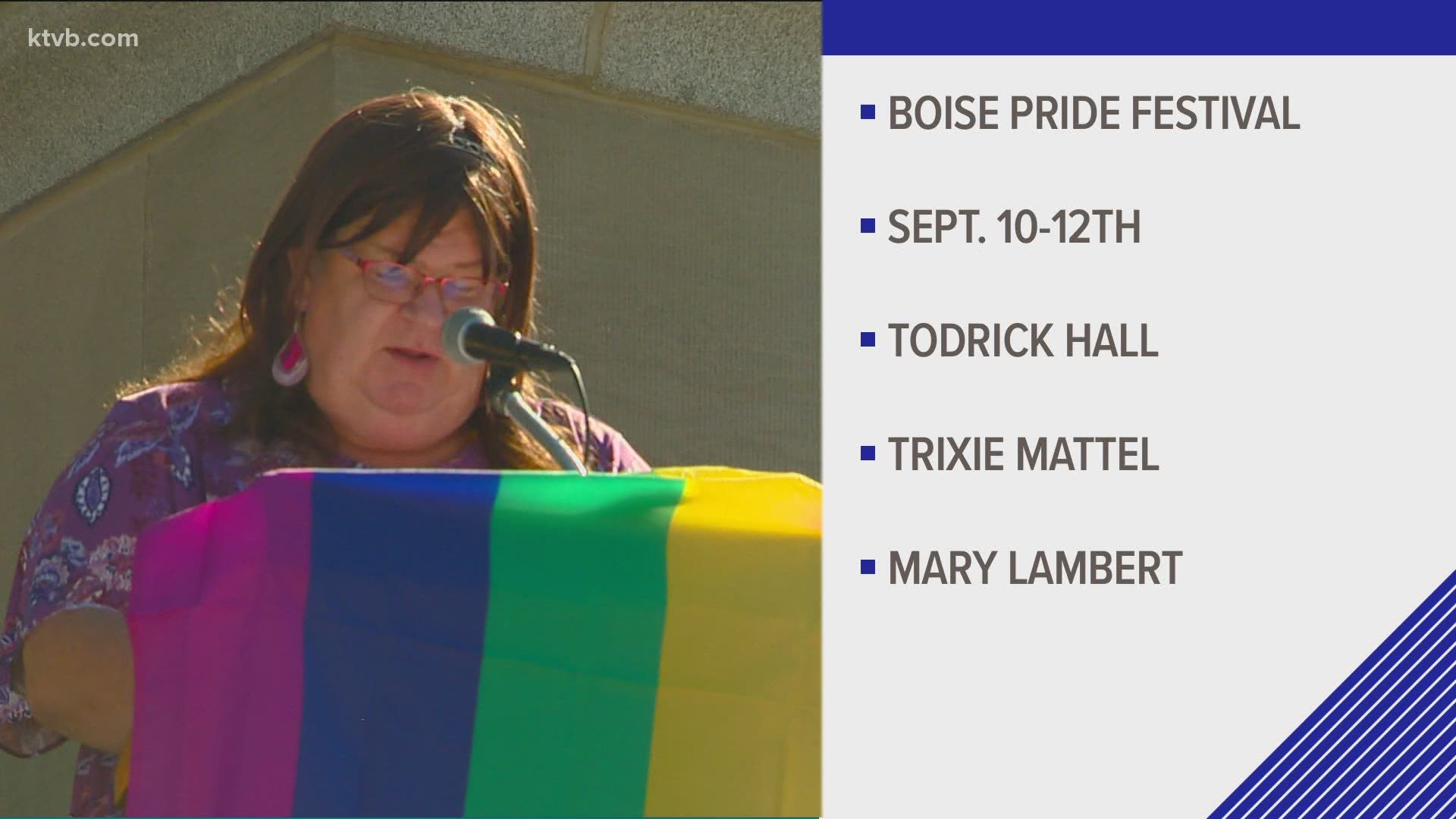 After being canceled last year and postponed until September this year due to the COVID-19 pandemic, the festival expanded from two to three days. The traditional fireworks will take place at the Capitol building in downtown Boise on Friday and the festival will take place on Sept. 11-12. The Pride parade will be on Sunday, Sept. 12.

“After such a challenging year for so many and knowing how deeply people miss coming together, we are thrilled to present the 32nd annual Boise Pride Festival in person,” said Michael Dale, president of Boise Pride’s board of directors. “We are equally proud and excited to share this incredible lineup of powerhouse performers with our community, sponsors, and supporters. Our festival is not only a celebration, but a way to highlight the diversity, strength, and resilience of the LGBTQ+ community and these artists represent that and so much more.”

While a full list of performers has not yet been released, a preliminary list of headliners and other acts was released on Friday.

Here's who you can expect to see at The 2021 Boise Pride Festival:

Note: Bios for all performers are courtesy of The Boise Pride Festival.

Todrick Hall is a multi-talented singer, rapper, actor, director, choreographer, and social media personality who rose to prominence on and after his appearance on American Idol.

Trixie Mattel is the stage name of Brian Michael Firkus, an American singer, actor, and drag queen. He is also a Billboard Heatseekers #1 charting recording artist (One Stone, 2018), a successful touring act, and one half of a comic duo with Katya on YouTube (UNHhhh & Netflix's I Like To Watch).

Trixie is the winner of RuPaul’s Drag Race All Stars Season 3 (originally competing on season 7) and is also a New York Times Best-Selling author, an award-winning podcaster, and a viral YouTube content creator.

Mary Lambert is an American singer, songwriter, poet, and spoken word artist. She is best known for being featured on the marriage-equality anthem “Same Love,” from the Grammy-winning Macklemore & Ryan Lewis album The Heist.

She recently starred in the Netflix animated movie musical Arlo the Alligator Boy and the follow-up animated series, I Heart Arlo.

Bright Light Bright Light is Welsh-born, NYC residing Rod Thomas who is a pop culture-obsessed artist hugely influenced by 80s and 90s cinema. He has toured with Cher, Ellie Goulding, and John Grant, and toured and recorded with Sir Elton John, Erasure and Scissor Sisters.

Aside from making music, Rod is a DJ who has remixed Erasure and Bananarama and has composed for many independent film and TV projects.

Kaleena Zanders is a singer, songwriter, and producer earning comparisons to ’90s House vocalists like CeCe Peniston and Robin S. Her talent brings the genre back to its queer, Black origins.

She has taken the mic at major festivals including Coachella, EDC, and Snow Globe, and recently released her debut EP, everything we have is misaligned.

Jujubee is also one of four hosts on the hit TLC makeover series Dragnificent.

The full festival lineup will be released this summer.