Saint Alphonsus operates the other vaccine site in The Village. The hospital system has been operating one there for a week and a half. 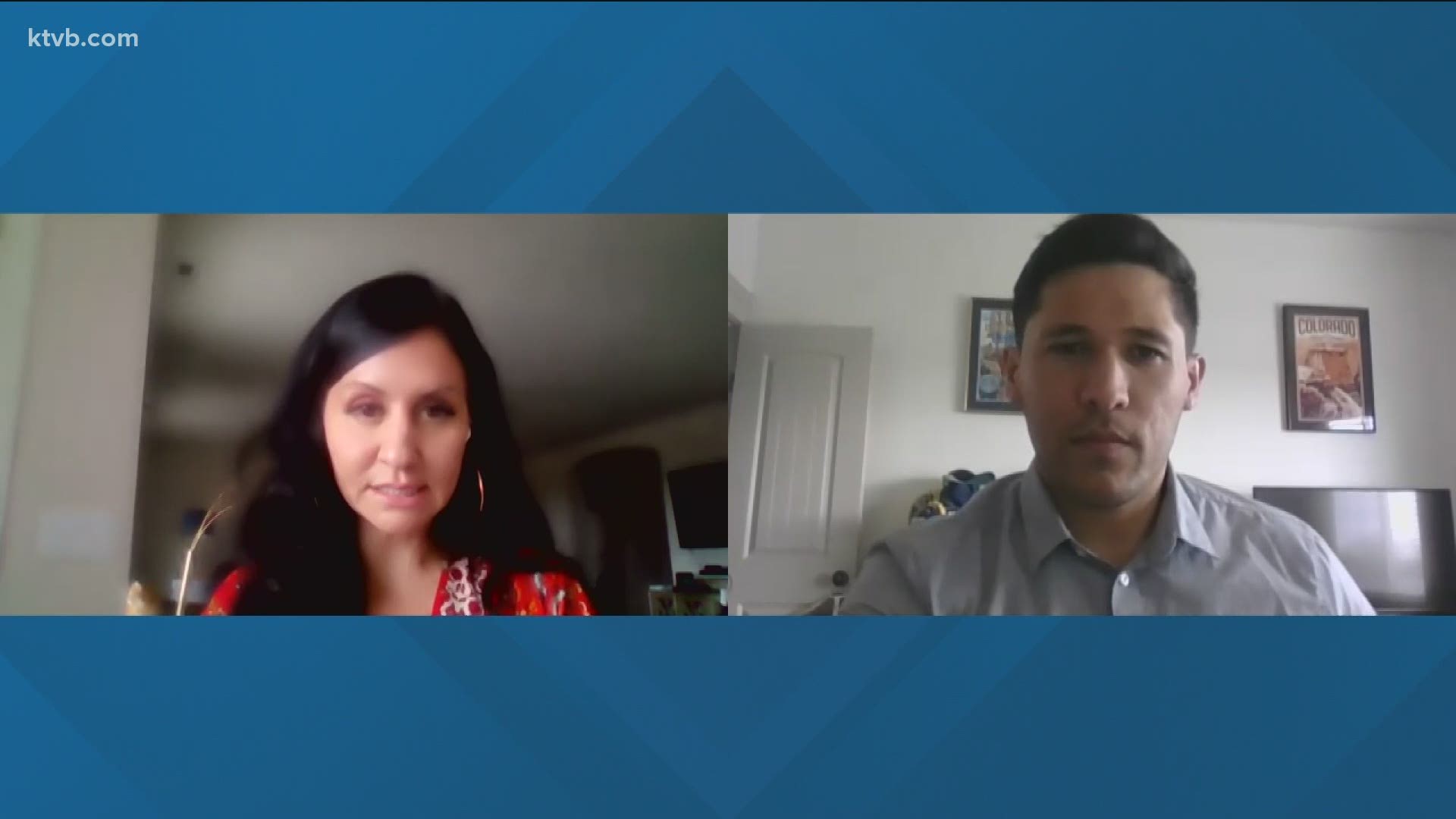 MERIDIAN, Idaho — The COVID-19 vaccine rollout continues with the state looking to vaccinate as many Idahoans as possible.

Idaho has seen its fair share of hiccups along the way, but the state is ranked in the top 10 for vaccination rate. Just this weekend, Idaho saw its second mass vaccination site pop up in the Treasure Valley.

Crush the Curve had less than a week to plan out the mass vaccine clinic they held on Saturday in Meridian.

“It was fast and furious,” Crush the Curve Executive Director Tina Upson said. “For us, it's the first time we've done anything with vaccines. We've done plenty with testing.”

On Saturday, the non-profit teamed up with Red Rock Pharmacy to vaccinate nearly 1,200 Idahoans.

“We want to crush the curve, that's always been our measure and our definition of it,” Upson said.

People drove up just like they would do if they were arriving for a COVID-19 test at the Meridian location right off the interstate and Ten Mile Road. Then, the individuals would park their car and either call or text a number letting Crush the Curve know they’ve arrived for their appointment.

Those people would go inside a make-shift clinic and receive their vaccine.

The clinic was inside Ameriben, the business that shares a building with Crush the Curve’s headquarters. In a few weeks, the process will repeat when it's time for the second dose.

“In three weeks, boosters will be given to everyone that received a vaccine yesterday, and they were auto-scheduled yesterday for that,” Upson said.

The group is looking to help the community in whatever way they can, whether it's testing or offering vaccines. At this time, they're not quite sure when the next mass vaccine clinic could happen.

“We’re here to help and we keep hopefully showing that to the community and to the state,” Upson said. “I doubt it’s our last one but it’s not like we're saying hey, we're going to be running this every Sunday or Saturday from here on out.”

RELATED: Saint Alphonsus moving all COVID-19 vaccine clinics to The Village at Meridian

Meanwhile, there is another mass vaccine site in Meridian that is offering vaccine appointments on a daily basis. Saint Alphonsus has been operating a mass vaccine clinic in a 50,000 square foot building for a week and a half. The building used to be the site of Gordmans.

“A lot of the patients that have come in are really pleased with how they can social distance and how big everything is,” Jennifer Misajet, regional chief nursing officer and VP of operations said.

Depending on the day, it can vary just how many people end up receiving a COVID-19 vaccine.

The change of venue has helped them safely ramp up vaccinations.

“It works a lot better I think to not have to bring people into the hospital to have to give them their vaccine,” she said.

Crush the Curve is also consolidating vaccine location information from providers. People can go to their website and see where they can go to get a vaccine. The non-profit has links and numbers that people can access or call to schedule an appointment.

Misajet said to keep one thing in mind though when scheduling an appointment: vaccine providers are noticing several people are signing up for a handful of different places and getting appointments with different providers.

“So, we really encourage people if they get an appointment with any of us as providers to keep that appointment,” she said.

RELATED: Do Idaho vaccine providers have waitlists for leftover doses?

Misajet told KTVB this can become confusing when someone goes to Saint Alphonsus for a vaccine when the same person was scheduled to go somewhere else. She said its best that once people get an appointment with a provider, to keep that one and not shop around for others.