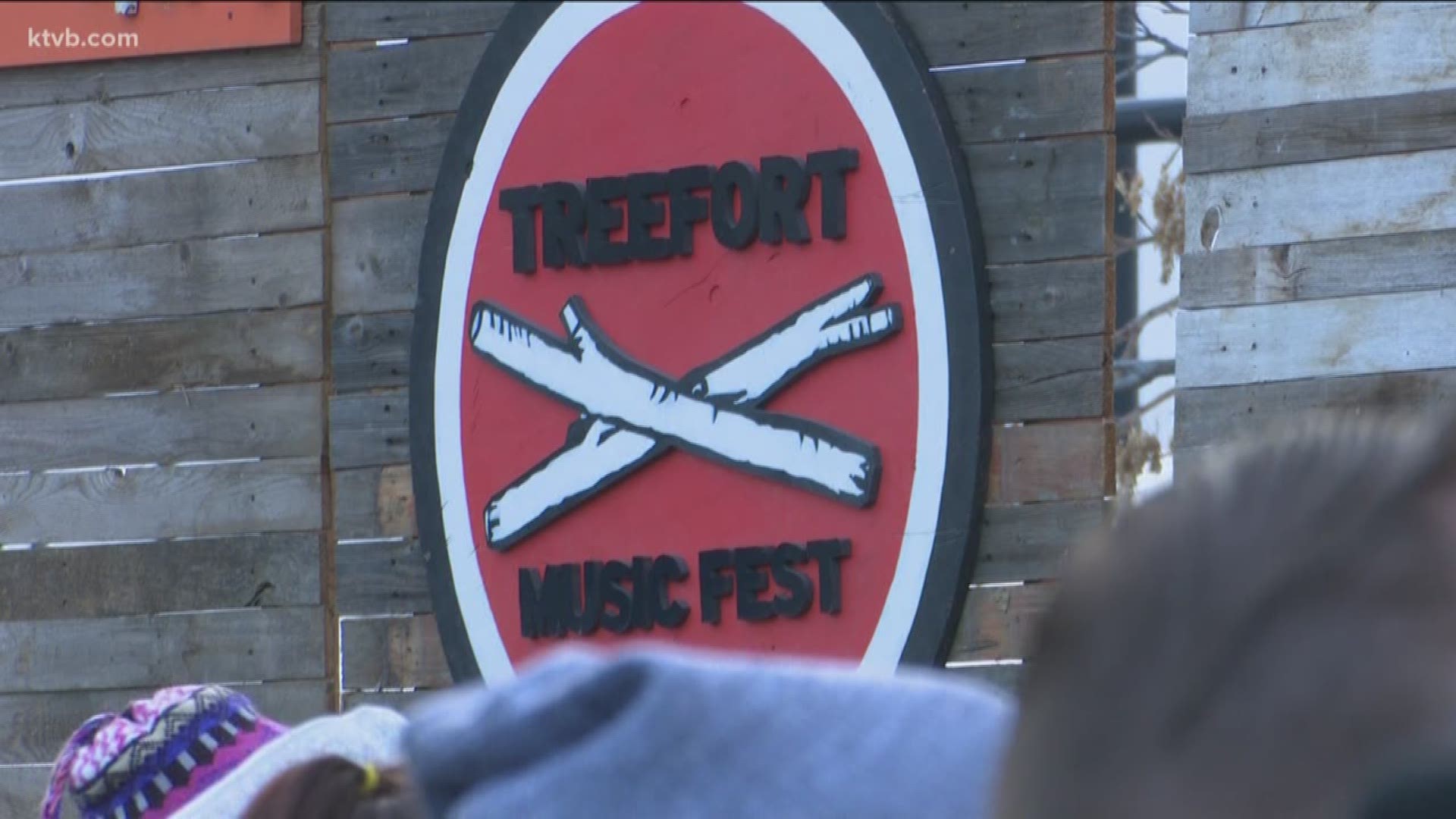 BOISE, Idaho — Treefort Music Festival announced Wednesday morning that the multi-day music event will be pushed back to the fall.

Treefort will now run from Sept. 23 - 27. It was originally scheduled to begin March 25.

A spokesperson  for Central District Health told KTVB Treefort was being proactive ahead of their event.

"These larger events have the ability to draw individuals from far and wide to come and participate," spokesperson Brandon Atkins said. "When you're trying to avoid bringing together into close places or proximity of individuals that may potentially be at risk of exposing others of respiratory illness, that definitely is on the forefront of their minds and they've been watching it very closely."

Atkins continued by applauding the move by Treefort to postpone.

"Very very forward thinking of these individuals to look at what they're seeing around, and trying to do what they think is definitely the best public access health measure," he said.

All tickets purchased for the March dates will still be valid in September. Anyone who is not able to attend the postponed event can request a refund by emailing refunds@treefortmusicfest.com.

Idaho does not yet have any confirmed cases of coronavirus, but the postponement follows other music festivals being pushed back. Both Coachella and Stagecoach were postponed, while Austin's SXSW was canceled outright.

Washington's governor is planning to announce a ban on crowds of 250 people or more in King, Pierce, and Snohomish counties due to the coronavirus outbreak. Two dozen people out of 267 confirmed cases have died from the virus in Washington.

"In light of event cancellations around the globe and uncertainty about how this outbreak will impact Idaho, it was decided that postponing our festival is the best way to reduce unknown risk for our community," Lori Shandro, festival producer and co-founder, said in a statement. "It was by no means an easy decision, but we recognize the far-reaching impact of our festival and our top priority is and always will be community."

Organizers will reach out to artists and vendors shortly, Treefort says, and any changes and updates to the lineup will be made public when they are available.

"Treefort is a people-powered festival. We know that this time is incredibly difficult and uncertain for so many, and we share those feelings," the festival tweeted. "We would not exist without community and unwavering support."

Boise Mayor Lauren McLean held a press conference Tuesday afternoon to discuss the city's preparations for a potential outbreak. The mayor said then that major events - including Treefort - would proceed as planned.

But in a Wednesday statement, McLean said she supports the festival's decision.

"We appreciate the due diligence taken by Treefort Music Fest in considering the health of residents in our community, and support the decision to postpone the festival,”  McLean said. “I look forward to celebrating our community and the artists at Treefort in September.”