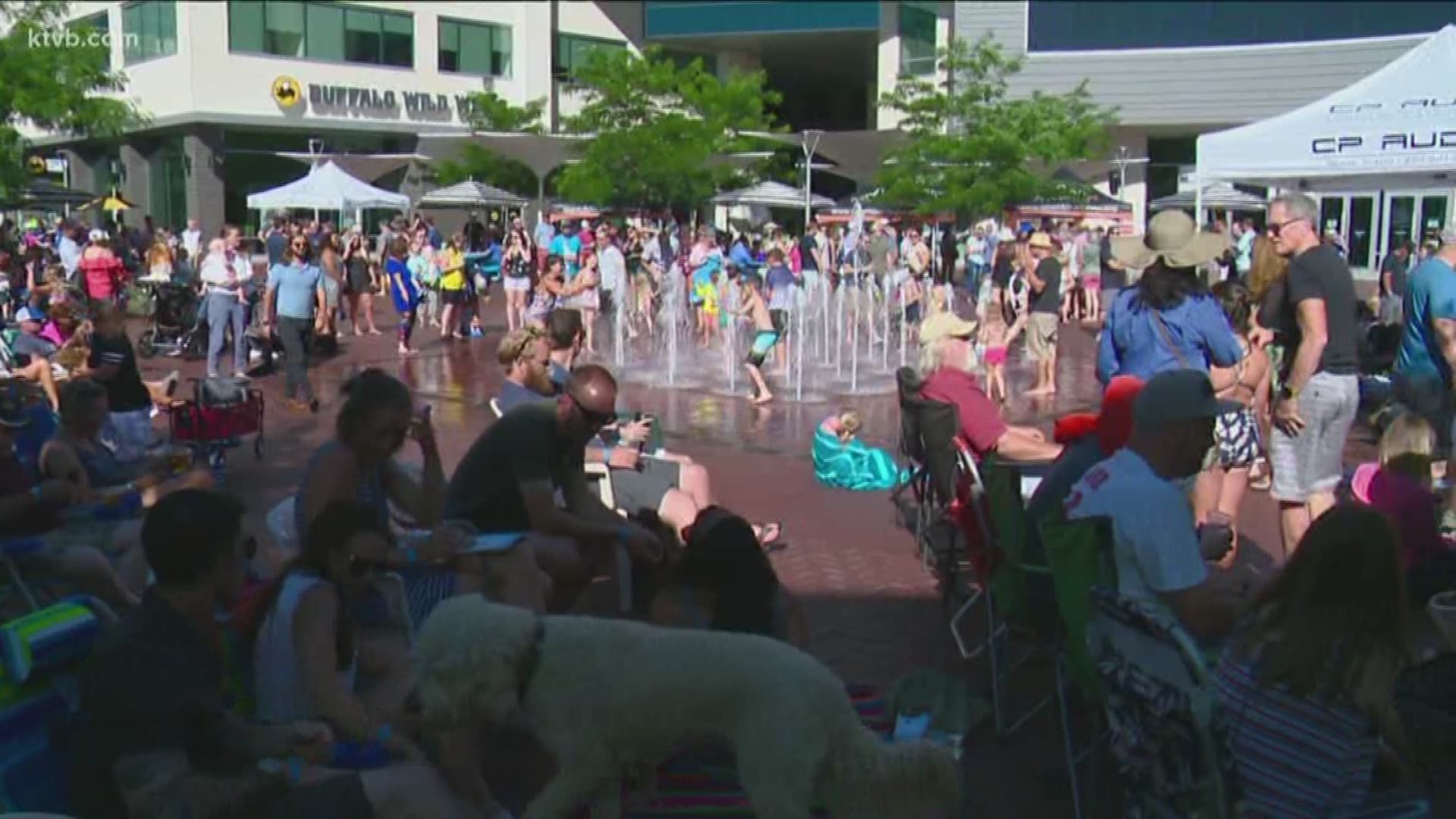 BOISE, Idaho — Large events continue to fall victim to the COVID-19 pandemic. All across Idaho, events such as 4th of July celebrations, rodeos, and festivals are being canceled due to concerns over the virus.

On Friday, one of the biggest rodeos in the nation and one of the biggest Treasure Valley events canceled its upcoming event. The Snake River Stampede, scheduled for July 14 to 18, announced it will not be holding the rodeo for the 2020 season.

Known as the "wildest, fastest show on Earth", the Stampede has been around since 1915. Normally held in the Ford Idaho Center in Nampa, this would have been the event's 105th year.

"It was a very difficult decision," said Roger Todd, president of the Snake River Stampede.

Each year, the event brings in hundreds of cowboys and cowgirls to compete, along with tens of thousands of spectators.

RELATED: ‘It’s top-notch, edge of your seat’: Snake River Stampede back for its 104th year

Todd added that having to cancel is a huge loss for the community.

"All of the cowboys that come in and spend money in our town," he said. "All the hotels. We are the primary fundraising event for a lot of our volunteers and civic groups and they count on this every year. The 4-H, we're their primary fundraiser for the year. Yeah, it's going to a huge financial loss for Nampa as a whole."

The Snake River Stampede isn't riding solo in being canceled. Many other major events across the Treasure Valley have also canceled their 2020 events:

Another long-standing event that has now had to cancel is the National Oldtime Fiddlers' Fest in Weiser. It's the first time in 67 years it won't be put on.

"Knowing how many people look forward to it and knowing the level of impact and just the disappointment, and how it affects so many lives, it was extremely difficult," said Sandra Cooper,  the  executive director of the festival.

Slated for June 18 to 22, Cooper said they had no choice but to cancel early because they couldn't "wait and see." Too much planning goes into the festival and organizers felt shutting down for the year was the best choice.

Each year, the festival brings in around 200 contestants and more than 10,000 visitors to the area.

"It's pretty impactful, particularly for a community of this size,"  Cooper said.

RELATED: 'You pick and play music until you drop at night': Weiser fiddle festival returns for 66th year

According to Cooper, they have done studies on the festival that show it has a huge financial impact on the community, and businesses count on all those visitors coming in.

"By the time people buy gasoline and the groceries and all the other money that they spend in this region, it's probably around $5 million to the economy within the region," she said.

While these events may not be around for 2020, both Todd and Cooper agree they'll have to come back extra strong in 2021.

"Next year's going to have be bigger and better than ever with not being able to have this year's event," Todd said.

Boise's Alive After Five summer concert series, which runs June through August, has not been canceled but will be completely virtual for 2020.

KTVB also reached out to the Canyon County Fair, which is scheduled for July 23 to 26. Organizers said no official decision has been made yet but they hope to have one by next week. Both the Western Idaho Fair and Caldwell Night Rodeo, set for August, have also not yet made a decision on whether to continue with the event.