Can Boise businesses refuse service if someone doesn't wear a mask?

"It's not much of an extension to include "no mask, no service" in Boise, and that is lawful," former Idaho Attorney General David Leroy explained. 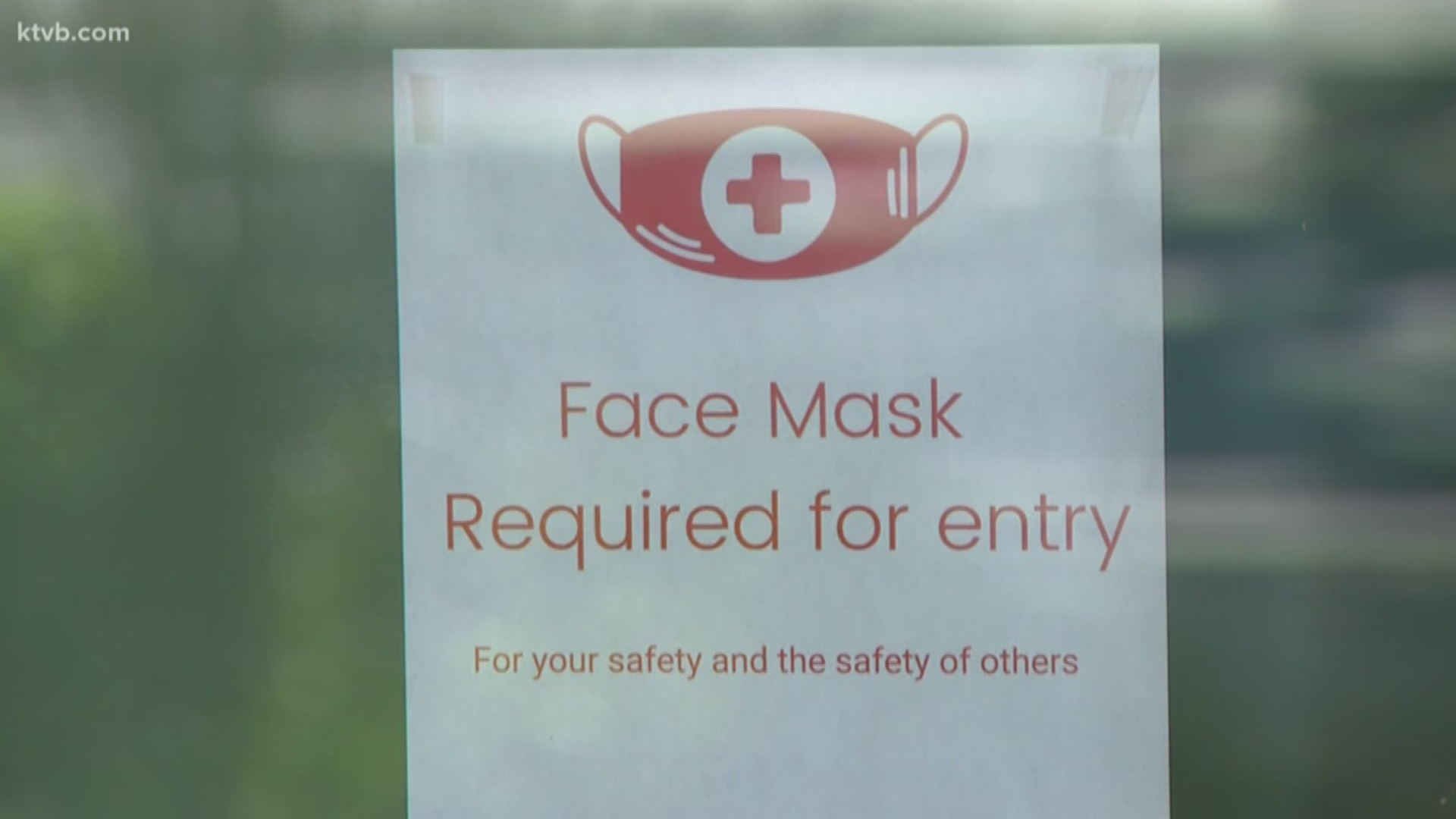 BOISE, Idaho — Many Boise businesses have put signs on their storefronts requiring facemasks to be worn to comply with Boise Mayor Lauren McLean's public health order issued on July 2.

The order states that people must wear masks indoors and outdoors in "public places" where social distancing cannot be maintained.

A "public place", as defined in the order, is "any place open to all members of the public without specific invitation, including but not necessarily limited to, retail business establishments."

So do businesses in Boise have the right to refuse service to someone not wearing a mask? According to former Idaho Attorney General David Leroy, yes.

"A private businessperson does also have the authority to generally speaking refuse service to any other private person on any lawful basis they wish to,"  Leroy said.

It is similar to the common business refusal of service, "no shirt, no shoes, no service."

RELATED: Customer leaves vulgar note after being asked to mask up at a Boise restaurant

"It's not much of an extension to include "no mask, no service" in Boise, and that is lawful," Leroy added.

A private business can choose to serve who they please, with the exception of discrimination based on race or sex. Those who fail to comply with the mask order could face a misdemeanor.

"The theoretical penalty in Idaho, and certain areas including Boise City, is six months in jail and a $1,000 fine, if enforced," Leroy said.

Those who knowingly choose to defy the order based on the argument that it goes against their constitutional rights, Leroy explained. They could be referred to as participants of civil disobedience, choosing to defy the law but also willing to accept the consequences.

"One could argue that not wearing a mask is a sign civil disobedience, but the governor would suggest that it's also a sign of human disrespect," Leroy said.

While someone could take the route of civil disobedience with the law, a private business reserves the power to refuse service if you do not comply with their rules and policies.

"Business owners are free to of course take their own position," the former AG explained. "But generally speaking it's probably better to respect the law than to disrespect it."

RELATED: These Idaho cities are requiring masks to be worn in public