KTVB reached out to several Boise event centers to see if the virus is affecting plans for major upcoming events. 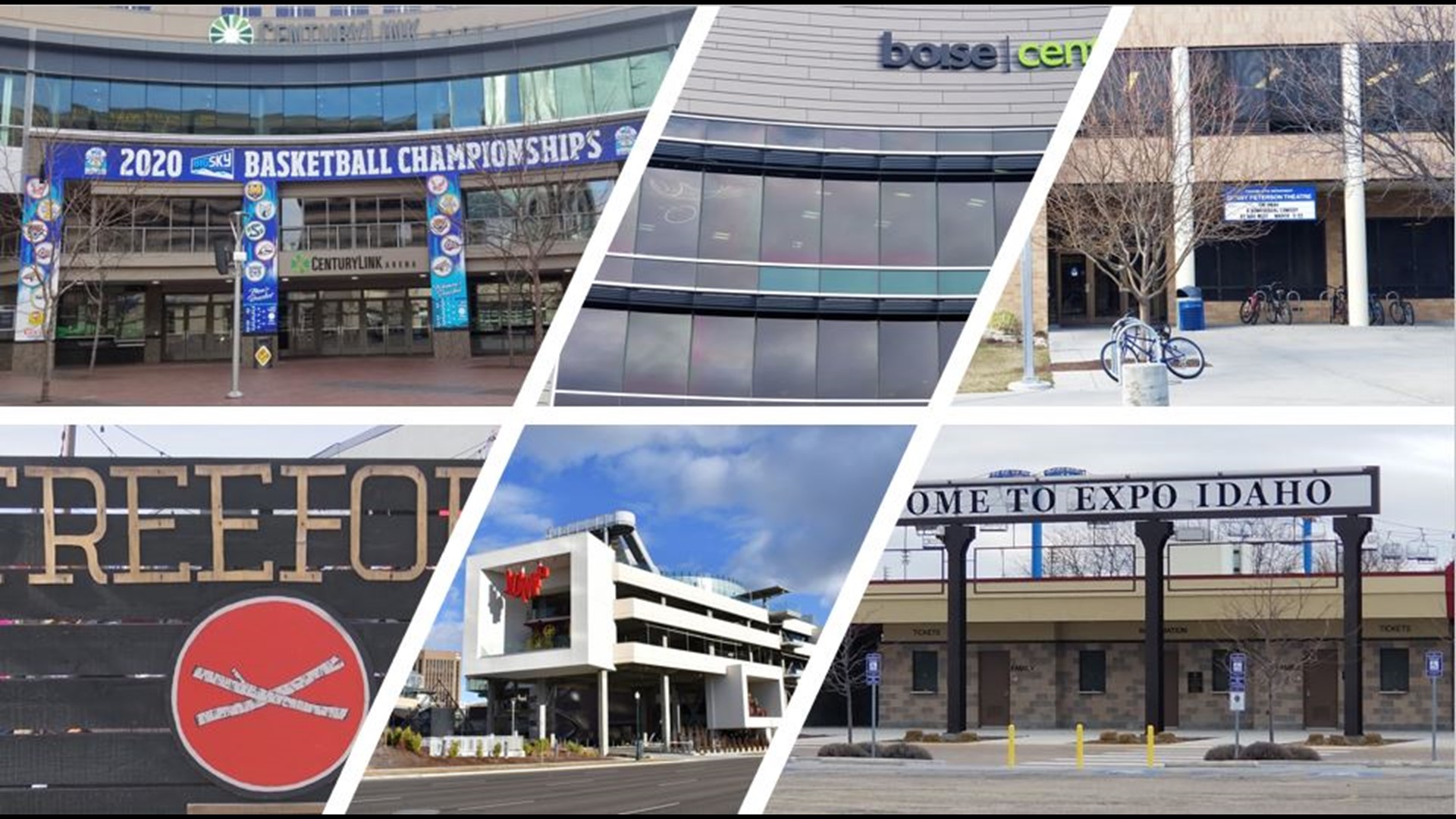 BOISE, Idaho — With cases of coronavirus continuing to pop up in the U.S., some organizations have cancelled meetings or major events in an effort to try and prevent further spread of the virus.

Washington has had six deaths and Oregon has three reported cases of the virus so far.

Washington Gov. Jay Inslee gave an update Monday afternoon on the status of the virus across the state - and had a specific precaution, especially for the elderly and those who are medically fragile.

“We think folks should begin to think about large events and assemblies," he said. "We are not making a request, formally, right now for events to be canceled but people should be prepared for that possibility."

According to the CDC, communities canceling or postponing "large gatherings" can help slow the spread of the virus, but officials said cancellations should be determined on a case-by-case basis.

KTVB reached out to several Boise event and convention centers to ask if any upcoming events are currently being affected by a possible spread of the virus.

Patrick Rice, executive director of the Boise Centre said staff is closely monitoring the situation and they will be adding more antibacterial stations - simply as a precaution. But Rice added there are no cancellations or postponements for any of its planned events.

KTVB also spoke with Jon Kasper, senior associate commissioner for the Big Sky Conference, which will play its championship basketball tournament next week at CenturyLink Arena.

According to Kasper, conference officials are "working diligently" on the issue and are in frequent contact with medical advisors, other conferences and the arena to determine the best course of action. While there will be lots of sanitizer at the championship, Kasper said, the tournament will go on as planned.

Managers at Expo Idaho said that events scheduled out for at least the next three weeks are also still a go.

And both JUMP Boise and the Morrison Center, on Boise State's campus, say they currently have no plans to cancel any events.

KTVB also reached out to Treefort Music Fest, which is scheduled to take place in Boise March 25-29. Organizers said they are in contact with safety and health officials and are being proactive to keep festival attendees safe and healthy. But so far, organizers say there no plans to cancel or postpone.

There are no reported cases of coronavirus in Idaho so far.

To put the coronavirus numbers in context, millions of Americans get the flu every single year and there are thousands of flu deaths annually. Since October 2019, the CDC estimates around 32 million Americans have gotten the flu. That’s one in every 10 Americans.

Since the coronavirus outbreak began late last year, there have been around 80,000 confirmed coronavirus cases in China. That means those cases account for just around .0056% of China's population.