The baby's mother told KTVB the four-month-old "was loved by so many and always gave everyone a big goofy smile." 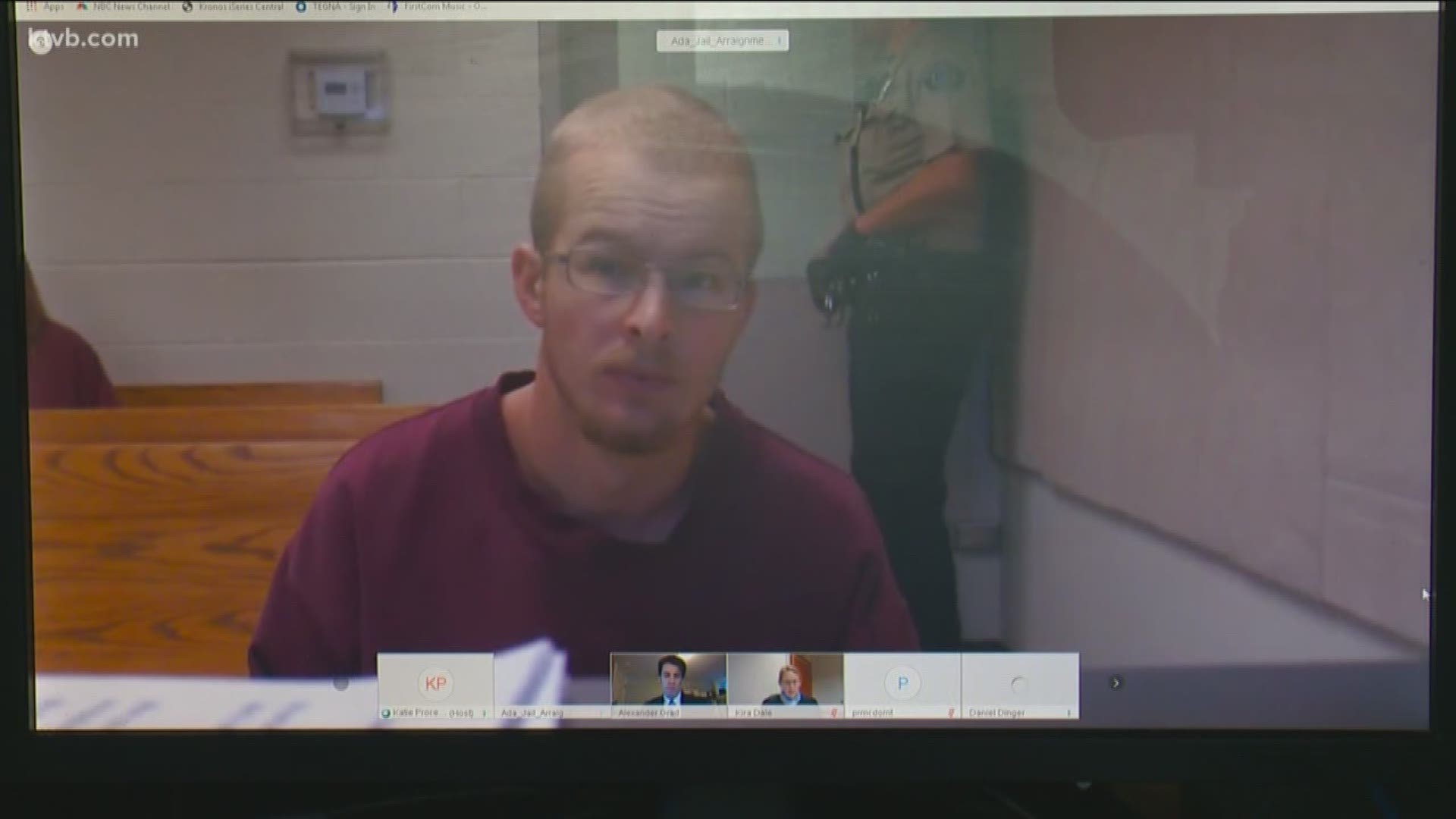 BOISE, Idaho — A Boise man accused of fatally injuring his infant son over the weekend admitted to police that he shook the boy and dropped him face-first on the floor before his death, prosecutors say.

Thomas B. Rowley, 22, is charged with first-degree murder and felony injury to a child.

The baby's family confirmed to KTVB that the victim is four-month-old Milo Rowley.

Prosecutor Dan Dinger said during the suspect's arraignment that Rowley confessed to injuring the baby.

"The child was sitting in some sort of a chair and he admitted to intentionally knocking that chair over, causing the child to hit the floor," Dinger said. "He admitted that he then picked the child up, shook the child for at least 15 to 20 seconds, and then dropped the child face first."

Dinger said that Milo died from "abusive head trauma," and that he had suffered significant brain injuries and retinal hemorrhaging. The prosecutor added that the autopsy also revealed the baby had fractures to his ribs and his arm that had already begun to heal, suggesting that he had been treated violently well before this weekend as well.

Rowley admitted to detectives that he had shaken his son out of "frustration" in the past as well, Dinger said.

Even after the suspect realized that Milo was badly hurt, he did not immediately take him to the hospital, according to the prosecution.

"He admitted to noticing the child was not breathing normally but still did not seek medical attention for the child for at least four hours," Dinger said.

By the time the baby was brought in to St. Luke's Medical Center Saturday, he was not breathing and was unresponsive, the Ada County Coroner's Office says. Milo was pronounced dead at 8:14 p.m. the next day.

Boise Police detectives, who were called to the hospital after the infant was brought in, arrested Rowley Sunday.  If convicted of first-degree murder, he could face up to life in prison or the death penalty.

Rowley, who sat with his head bowed for much of the hearing, was ordered to be held on a $1 million bond.

Milo's mother, Destenee Rowley, told KTVB in a statement that her son was a "sweet and happy little boy."

"He almost always had a smile or just loved chilling and watching shows with mommy and daddy, he especially loved Glee and Frozen 2," she said in the statement. "He was loved by so many and always gave everyone a big goofy smile. He loved bath time and playing with his toy butterfly, and loved cuddles with daddy. He will forever be a light in the lives he touched.”

A GoFundMe page has been set up to raise money for the baby's funeral.

Rowley is due back in court July 6.