The probable cause affidavit also details how Lori Vallow believed her children became "zombies" and it was her mission to rid the earth of them. 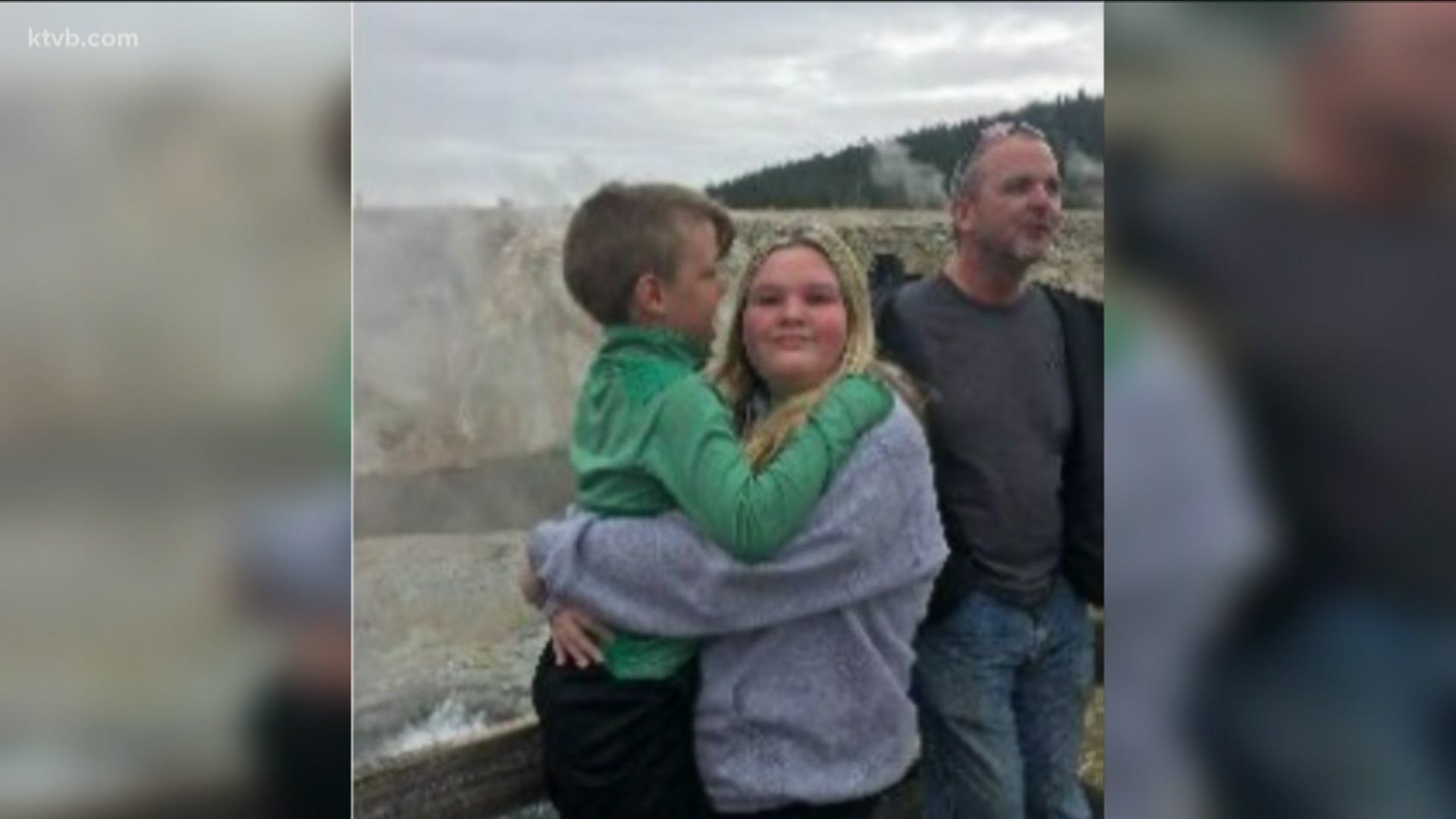 BOISE, Idaho — Editor's Note: Details found in the probable cause affidavit may be disturbing to some viewers.

According to newly released court documents, Alex Cox, Lori Vallow's brother who suddenly died last year, was near where the bodies of 7-year-old Joshua "JJ" Vallow and 17-year-old Tylee Ryan were found.

The probable cause affidavits for Chad Daybell's arrest, written by Rexburg Police, details how local law enforcement worked with an FBI team to ping the location of Cox's phone and how they found human remains in a buried plastic bag and charred human remains on Daybell's property. Daybell is Lori Vallow's husband and Lori is the mother of JJ and Tylee.

Rexburg Police worked with an FBI team that traces phones to ping where Cox's cell phone was, which puts his phone near the pond and pet cemetery on Daybell's property at different times in September 2019. JJ's and Tylee's bodies were later found near those two areas.

On Sept. 8, 2019, Cox went to Yellowstone in his truck with Tylee and Lori, according to the PCA. They left the western entrance to the park at about 6:40 p.m. and returned to Lori Vallow's apartment in Rexburg at about 8:37 p.m.

One day later, Sept. 9, Cox's phone is back at Lori Vallow's residence from 2:42 a.m. to 3:37 a.m. This was the one time in the month of September that Cox was at her apartment between midnight and 6 a.m., investigators say.

At 11:53 a.m. the same day - just 14 minutes after Cox leaves Daybell's property - the PCA says Chad Daybell texted his then-wife Tammy Daybell. His text reads, "Well, I've had an interesting morning! I felt I should burn all of the limb debris by the fire pit before it got too soaked by the coming storms. While I did so, I spotted a big raccoon along the fence. I hurried and got my gun, and he was still walking along. I got close enough that one shot did the trick. He is now in our pet cemetery. Fun times!”

RELATED: Lori Vallow's friend believes JJ and Tylee are ‘not on this planet anymore’

The pet cemetery mentioned happens to be the same area where the FBI pinged Cox's phone, according to the document.

Gibb told police that the last time she and Warwick saw JJ was the night of Sept. 22, when Cox brought JJ back from his apartment and carried JJ, "who appeared to be asleep with his head on Alex’s shoulder." According to the PCA, Warwick remembered that particular moment because it was "a tender moment."

According to dates listed in the PCA, much of this new evidence started coming to light for police around June 2020. It was a few days later, June 9, that law enforcement would search Daybell's property - focusing on "sites of interest."

"This site corresponded with the two GPS pings from Alex Cox’s phone on September 23, 2019. A patch of ground was located that appeared to be disturbed. The weed growth on top of the disturbed ground was shorter than the surrounding weed growth. What appeared to be sod etching was also noticed. The disturbed area was approximately 4 feet by 2.5 feet," the PCA states. "Underneath the layer of sod were several large flat rocks. The rocks were removed and two pieces of flat paneling were found. The paneling was removed and investigators exposed a round object covered in black plastic."

Another patch of disturbed dirt was found next to the fire pit, which is near the pet cemetery - the location mentioned in the suspicious text to Tammy Daybell.

"Methodically, the dirt in this area was searched and several other items of interest were found including other bones," according to the documents, "charred tissue and charred bones. Cheryl Anderson (A Boise State University professor who was brought in for the case) indicated these additional bones, both charred and uncharred and tissue found were human remains."

While police searched his property, Daybell was seen watching from his car first in his driveway, then across the street at his daughter's house. According to the PCA, when police discovered the first body, Daybell drove off. Officers followed him, pulled him over and took him into custody because they had found human remains on his property.

The documents also claim that Lori Vallow told Gibb that she believed that JJ and Tylee had become "zombies."

"Gibb further reports that the term “zombie” refers to an individual whose mortal spirit has left their body and that their body is now the host of another spirit," according to the documents. "The new spirit in a “zombie” is always considered a “dark spirit.” While the “dark spirit” inhabits the host body, the person’s true spirit goes into “limbo” and is stuck there until the host body is physically killed. As such, death of the physical body is seen as the mechanism by which the body’s original spirit can be released from limbo. This belief was told to Gibb by Lori Vallow."

According to the affidavit, Gibb also told investigators that Vallow said they were part of the "Church of the Firstborn" and that their mission was to rid the world of "zombies" and "lead the 144,000 mentioned in the Book of Revelation."

Cox suddenly died on Dec. 12, 2019, just months after he killed Vallow's estranged husband, Charles Vallow, allegedly in self-defense. A medical examiner ruled Cox's cause of death to be of natural causes.

Tammy Daybell died on Oct. 19, 2019. Her cause of death was originally considered to be natural causes but investigators later ruled the death "suspicious." Her body was exhumed in December and an autopsy was done. Those results have not yet been released. The Idaho Attorney General's Office is investigating her death.

Daybell is being held in the Fremont County Jail on $1 million bond and his preliminary hearing has been postponed to August 3 and 4. He is being charged with two felony counts of destruction, alteration or concealment of evidence.

Lori Vallow's bond is also $1 million and her preliminary hearing is scheduled for July 9 and 10. She is charged with two felony counts of desertion and nonsupport of dependent children, as well as misdemeanors for resisting or obstructing officers, criminal solicitation to commit a crime, and contempt of court.

Watch more on The Case of JJ Vallow and Tylee Ryan: