"Every year we have a couple of people that are hit by accidental discharges,” said Boise County Sheriff's Cpl. David Gomez. 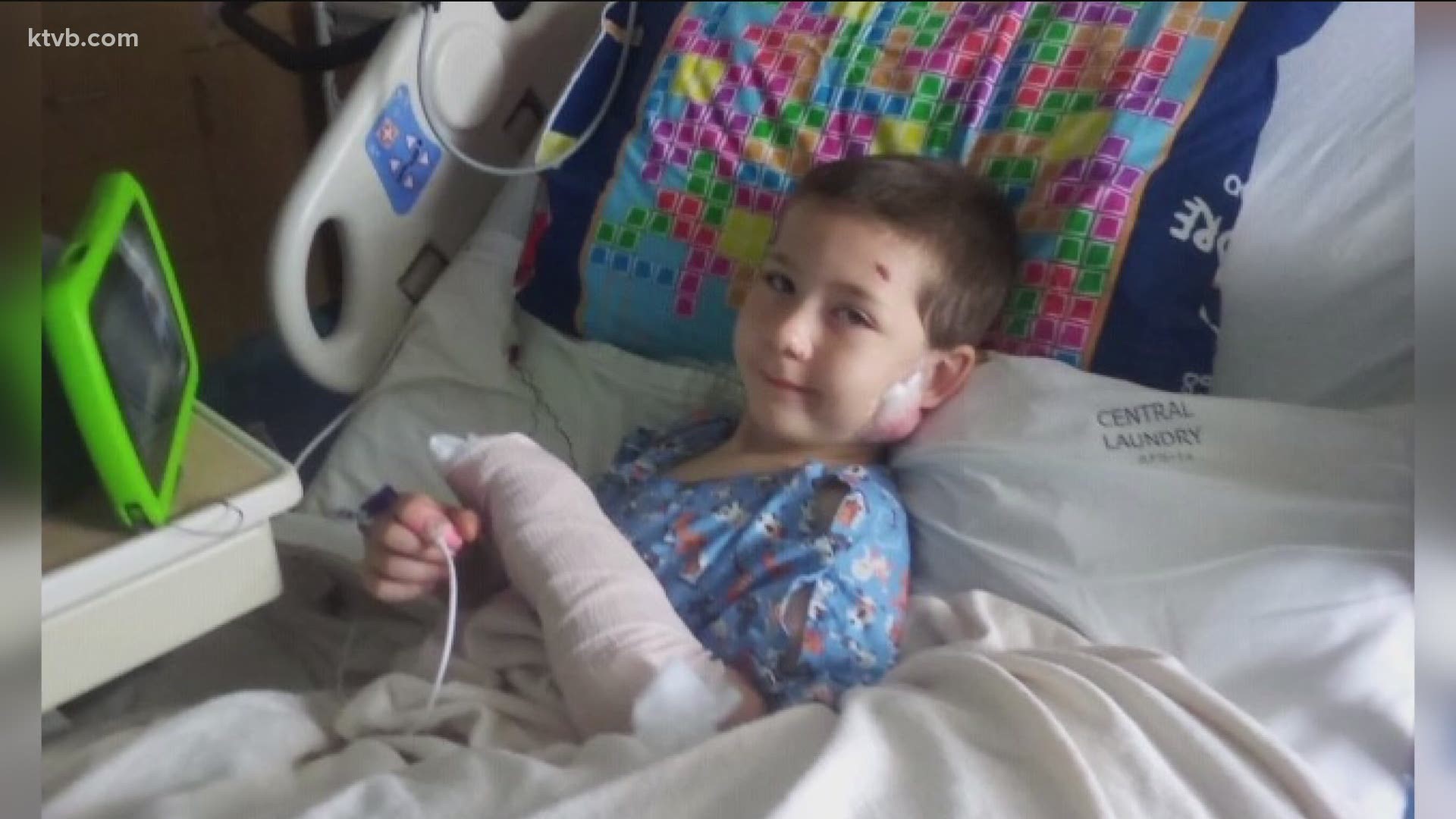 GARDEN VALLEY, Idaho — The man charged with accidentally discharging his gun, after an 8-year-old boy in Boise County was struck by a stray bullet, is now expected in court later this month.

The boy, named LJ, was lying in his bed Friday night, according to his dad, when a bullet from a neighbor's gun shot through the window, a wall, and a pillow before striking the boy in his hand, face and neck. LJ is now back home and recovering.

Prosecutors charged 41-year-old Brandon L. Nelson with injuring another by careless handling and discharge of firearms.

The incident prompted the question, how common are accidental discharges like this?

RELATED: 8-year-old hit by stray bullet in Garden Valley: 'He won't be the same'

“I think every year we have a couple of accidental discharges and every year we have a couple of people that are hit by accidental discharges,” said Boise County Sheriff's Cpl. David Gomez. “So, you want to put in as many safety mechanisms as you can. Number one, always pretend like [the gun is] loaded. Number two, keep it pointed in a safe direction always. And number three, keep it secured so that you know who's controlling that gun.”

In this particular case, the parents of the 8-year-old told KTVB, Nelson was drunk when he discharged the gun Friday night. Nelson is neighbors with LJ’s dad. However, investigators have not yet released if the 41-year-old was under the influence at the time.

KTVB has also learned the Bureau of Alcohol, Tobacco, Firearms and Explosives or ATF are aware of what happened in Garden Valley.

Nelson is scheduled to be in court on Oct. 19.