Idaho gas prices near $3 per gallon, up 50 cents in one month

AAA says the surge in gas prices may be slowing. The national average for a gallon of gas has held steady for five days as more fuel supply comes back on line. 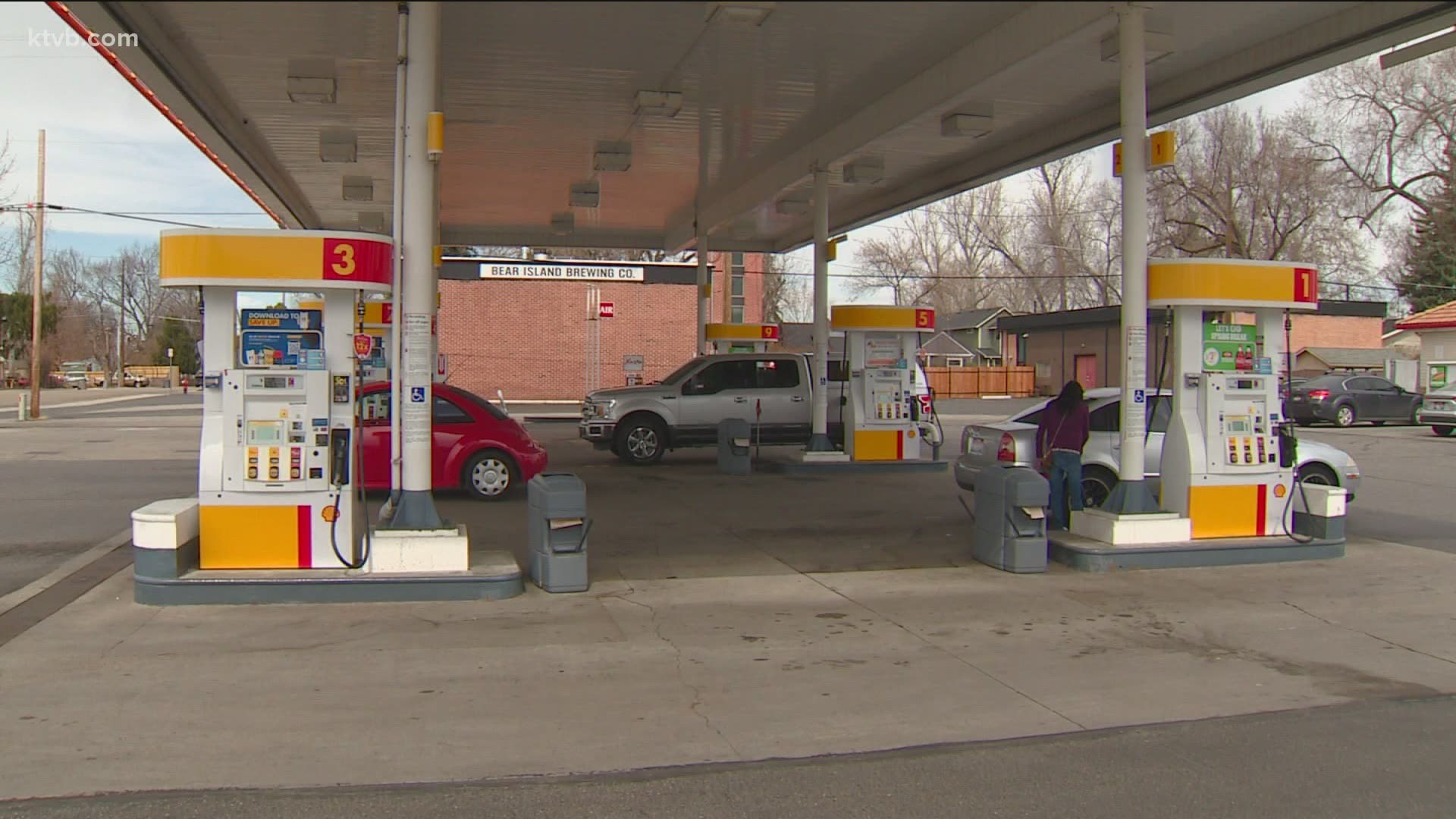 BOISE, Idaho — After several weeks of rising gas prices here in Idaho and across the country, AAA says things appear to be leveling off.

The Gem State's average price for a gallon of regular gas stands at $2.99, more than 50 cents than a month ago.

AAA reports the national average has held steady at $2.88 for five days in a row.  A slight dip in fuel demand has combined with increased refinery production to raise gasoline stocks and slow down price hikes.

Idaho currently ranks 12th in the country for most-expensive fuel, but there is a silver lining, according to AAA.

"Idaho's average price jumped another ten cents this week, but our region is also one of the last to react to national trends, so we're hopeful that steady prices elsewhere are a sign that things could calm down here in the coming weeks," AAA Idaho spokesman Matthew Conde said in a statement.  "A lot of that will depend on how aggressively fuel demand returns with the start of road trip season."

After being hard-hit by winter storms, refinery production rates are back up to 76 percent, which is just seven percent less than before some facilities were forced to shutter their operations back in February.  On the week, gasoline stocks also increased slightly to 232 million barrels, and the price of crude oil was about $2 per barrel cheaper, further stabilizing prices at the pump.

Travelers can use the AAA COVID-19 map for the latest information on state and local restrictions.

Here's a selection of Idaho gas prices as of March 22: