The stone arch bridge in the desert of southern Ada County raised some interesting history questions. 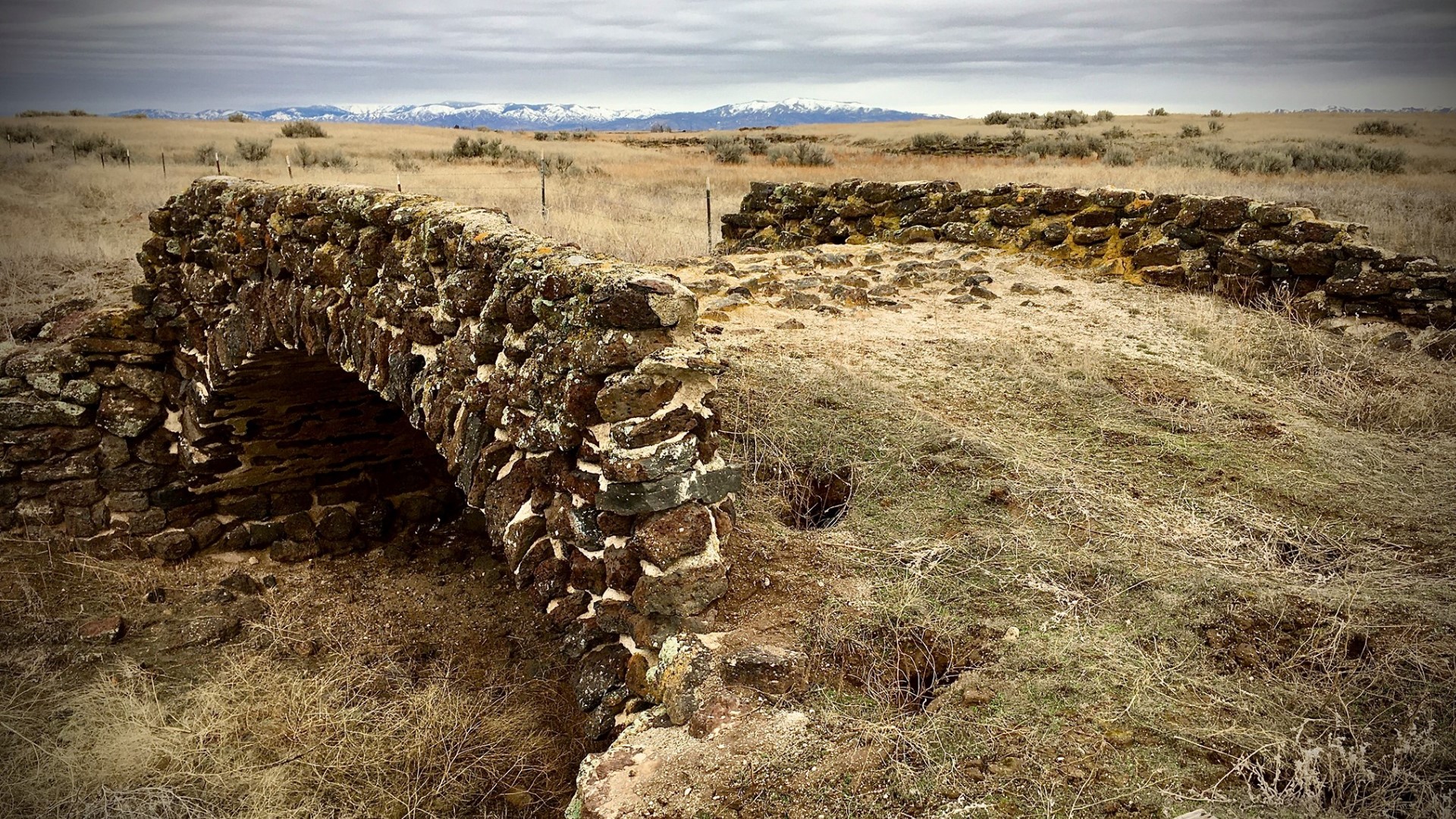 BOISE, Idaho — About three years ago, Chris Brodhecker and his roommate were on a drive south of their home in southern Ada County when they saw something in the distance.

It was a bridge in the middle of the desert.

"I think it was a bridge to get across the Old Indian Creek to get to the tracks," Brodhecker said.

The first thing he noticed was its unique construction - an arch bridge built with basalt, or lava rock, likely collected from the surrounding area.

"Whoever made it did a good job, because I think it's held for quite a few years," Brodhecker said. "My guess is at least 100 years."

The mystery bridge had us asking several questions, including: Why was it built? Who built it? And when was it constructed?

The why was pretty obvious. You can see the bridge crosses a culvert of some kind, likely where the Old Indian Creek wove its way across southern Ada County.

"But I can't imagine just a farmer doing this much work to get to a field," Brodhecker said.

1 / 6
Kevin Eslinger/KTVB
A mysterious stone bridge in the desert of south Ada County prompted a little digging into the area's history.

As for the who and when, we went to social media and received several theories.

Was it part of a stagecoach road between Boise and Silver City, which was in its heyday during the 1880s?

Or maybe it was a section of service road used to bring in materials for the construction of Swan Falls Dam, completed in 1901?

All good starting points, but it was a post about a picture in a book called "Patterns of the Past: The Ada County Historic Site Inventory" that narrowed our focus and put the timeline a little later.

Site No. 402 describes a basalt masonry bridge that crosses Indian Creek, built in the arch style popular in the 1910s. It goes on to read the "plans for arch bridges built of native stone... were usually intended for national forest or national park highways during the 1920s and 1930s."

This particular bridge is believed to have been constructed around 1920, and designed by the U.S. Department of the Interior.

That makes it about a century old, confirming Bodhecker's guess. And it proves, sometimes you can stumble across a 100-year-old story out there.

"A lot of history," Bodhecker said.

RELATED: 'It's saved my life': Nampa veteran walks across America to bring hope to others suffering from PTSD