Mitzi Cheldelin had only hiked the trail once before. Then she decided to do it 100 times. 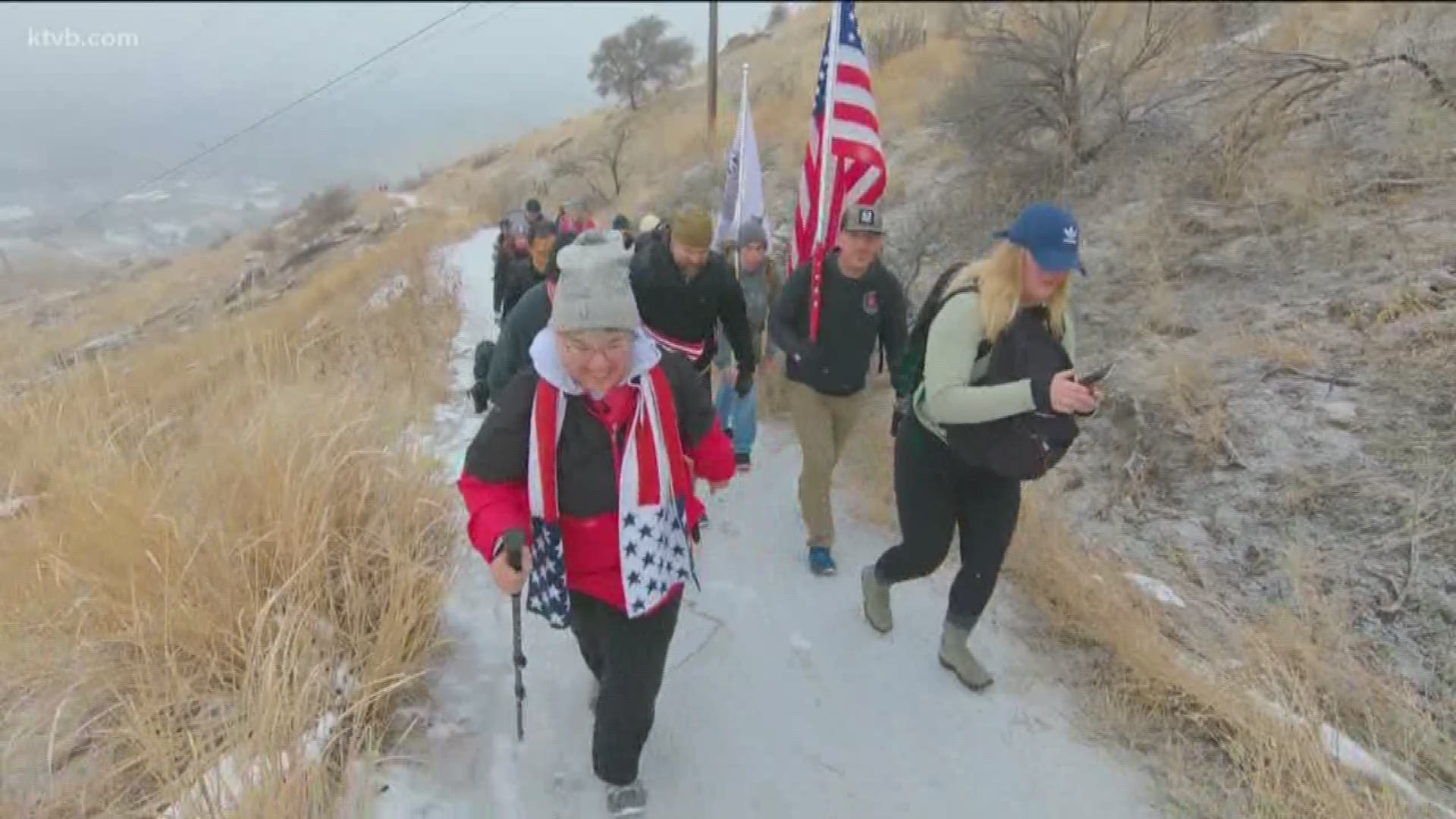 BOISE, Idaho — Within a year's time, Mitzi Cheldelin has become kind of a creature of habit. Park the car, grab a backpack, and head up the hill.

There's more than a hundred hiking trails around Boise, not that Mitzi knows very many of them.

But this one, the trail to the top of Table Rock, oh, she knows.

That says a lot for someone who only walked this trail for the first time a little more than a year ago. That first time, took some time.

"I was stopping every 20 yards," Mitzi admits. "And leaning against every fence post and sitting on every rock."

She made that initial trek following a pivotal point in her personal life but it led to a personal purpose for the 53-year-old as 2018 came to a close.

"And I came out here New Year's Day," she remembers. "16 degrees and hiked it up for the first time."

Her second time came two days later. As did the reality of her quest.

"That's hiking Table Rock every three days, you know," laughs Mitzi. "The best way to keep your goals is to write them down, which I did. And even better is to tell other people because they kind of hold you accountable and that's kind of what's happened."

When Mitzi started posting her progression on social media, "likes" gave her a lift in confidence and commitment and the catalog of weekly conquests kept piling up.

Not that she didn't have her doubts.

During the last weeks of December, as she closed in on her accomplishment by hiking number 94, Mitzi recalls several days that stand out.

"Number 44 was on the Fourth of July," she says. "Number 33, ironically, I ran into my best friend from third grade on the trail and I hadn't seen or talked to her in 10 years."

She's hiked the almost four-mile trail with her granddaughter, knocked out several two-a-days, and back in October, on the way down from tackling her third trip in one day, she got a phone call from a friend.

"She said, 'Hey, when I get off work today, do you want to hike Table Rock?' Mitzi says with a laugh. "And I was like, 'Sure!' So I have done it four times in one day!"

In 12 months she's seen her share of snakes, sunrises, and sunsets so each trip has felt less like a trudge and almost inspiring.

"I've had lots of people tell me that I've inspired them and that it's inspirational to watch me," she says. "And to me that doesn't seem possible but I guess I just try to remember that any of us can inspire anybody."

That was proven two days before her deadline. On December 29th, with snow flakes falling and thinly covering the trail, Mitzi was joined by quite the fan base for the final hike up the hill.

"I'm here to support Mitzi," says Sonja Warren, watching from the top. "This is her 100th hike up here."

100 trips to the top of Table Rock. While that may not be necessarily earth-shattering, it's easy to see what can result from just one resolution.

"Well, it inspires me that I can do better," says Mitzi's friend, Gary Hanes. "Maybe I outta try for 25."

No matter the number Mitzi knows what goes up has to go back down.

"It's not a 100 until I get to the bottom," laughs Mitzi, as she walks back toward the trail.

Mitzi says the emotional benefits of her quest have far outweighed the physical ones. While she's certainly gotten stronger, she says she hasn't lost a single pound but she feels so much better about herself.

As for doing it again, or maybe pushing it to 200? Mitzi says, "No way!" and is moving on to other goals.