'It's saved my life': Nampa veteran walks across America to bring hope to others suffering from PTSD

After several attempts at taking his own life, Jeremy Miller decided to make a drastic change - by helping others realize that hope, and help, is available. 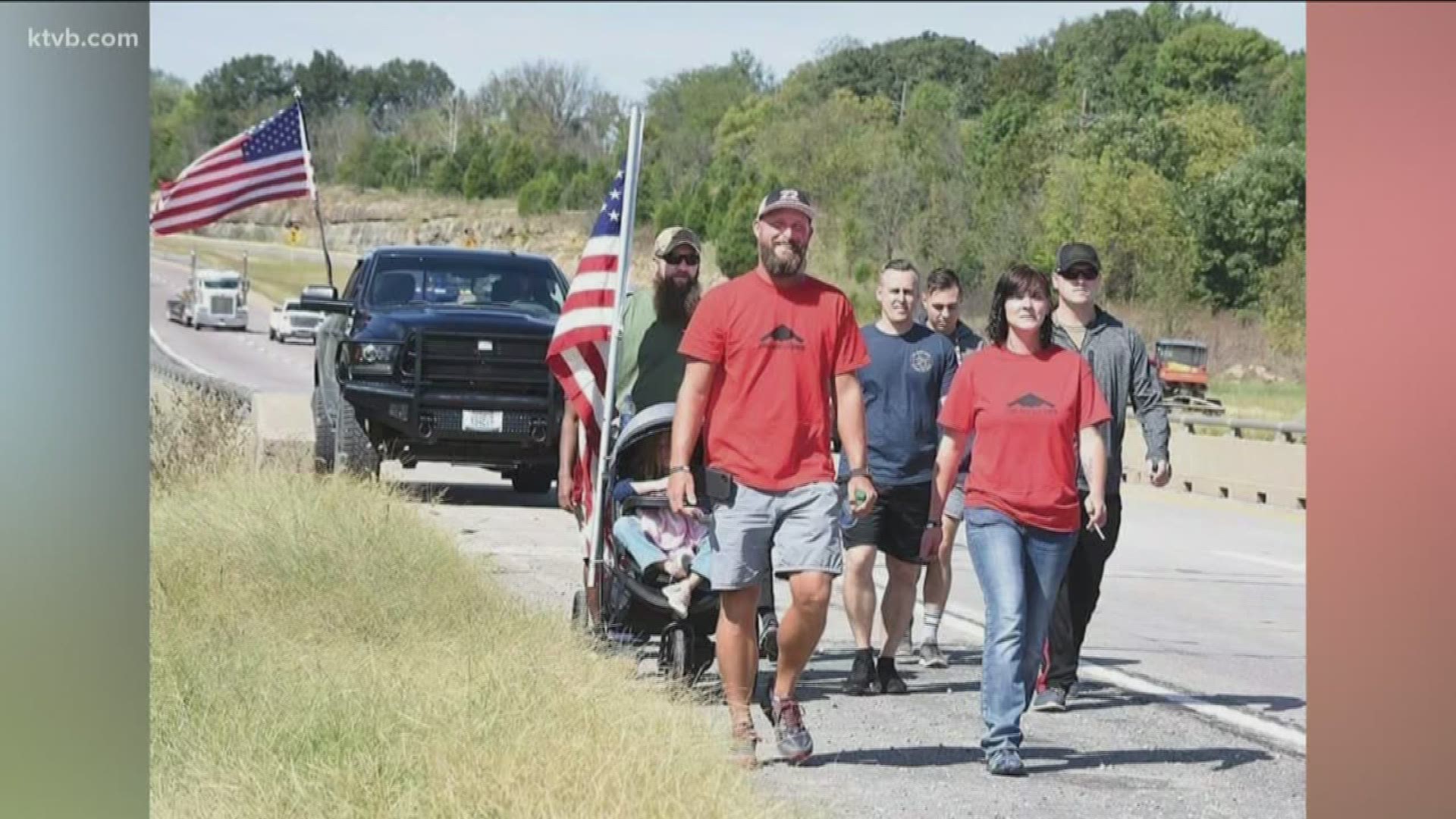 According to the latest data from the Department of Veterans Affairs, in 2017 there were 6,139 veteran deaths attributed to suicide - about 100 more than the year before.

Jeremy Miller almost added himself those stats last year. After serving eight years in the Army, including a tour to Iraq in 2011, Miller tried to take his own life several times.

He has known fellow veterans who have died by suicide as a result of PTSD -- post-traumatic stress.

"It's the battle back home nobody thinks about, and it's the most painful battle, too, because you lose a lot of self worth," Miller said. "And PTSD just drains you. Half the time you're afraid to go to sleep because you're afraid of the nightmares flashbacks."

In April 2019, he planned to drive his car off a cliff at Swan Falls, but ultimately decided not to.

"My son basically popped into my head, and I was like 'I gotta do something different,'" he said.

It was at that moment that Miller decided to make a drastic change.

"You know I need to do something," he said. "One, to save my life so I can be here for my son, and two, to help others and hopefully show them that there's a there's a different path in life than trying to take your own life."

He did so by taking his cause across the country, literally. He founded Walk Across America and, a couple weeks later, he started his cross-country trek in California.

"The stuff that I noticed as I was walking across United States the most was how amazing people are," he said. "It has completely restored my faith in humanity, me being able to actually walk and meet people.

"I got to talk to so many people and realize that there's so much good in this world still that people just don't take the time to see anymore," he said.

Miller's 3,600-mile journey took him about seven months to complete, and ended last month at Arlington National Cemetery in Virginia.

"I wanted to stop at Arlington National Cemetery because it's the most hallowed ground in United States, it's where a lot of brothers and sisters are buried," he said.

His young son was there with him as finished his long journey.

"I carried him on my shoulders across the finish line," Miller said. "That was probably the best part about my whole journey, was having having him finish such a long and meaningful journey with me."

Miller's message to fellow veterans who may be suffering from PTSD is a simple one:

"The biggest thing I hope people take away from my journey is that there's hope out there for everybody," he said.

"It is giving me purpose and I think, really, it's saved my life," he added.

All calls are anonymous and confidential.