Idaho Life: The frigid faithful of the Boise River

You may have your own version of a perfect start to a Saturday morning. But for some Boiseans the weekend doesn't get going until they get together for some collective suffering. 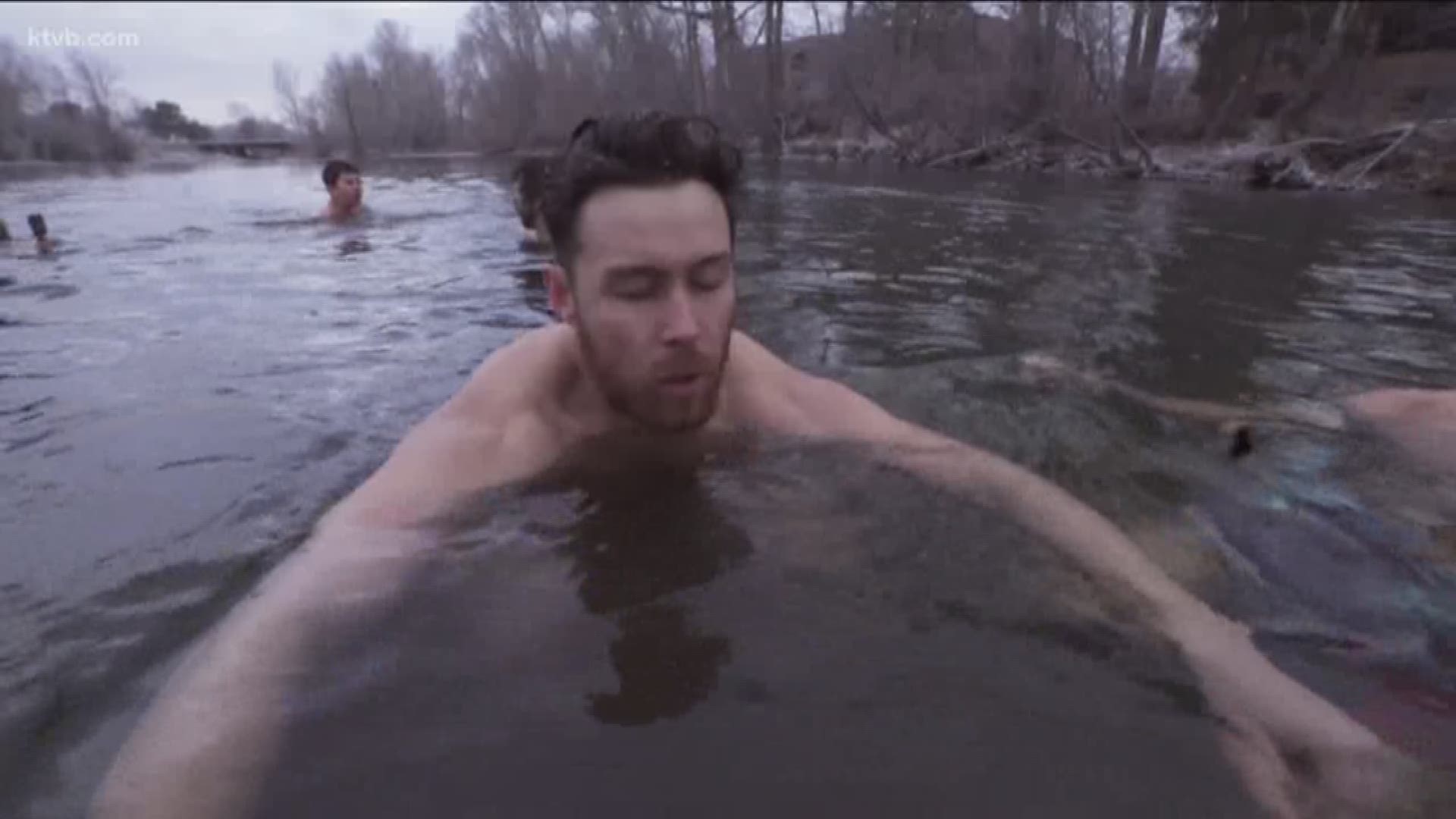 BOISE, Idaho — It's just after daybreak on the Boise River on a mid-winter Saturday morning, cold enough to snow but not cold enough to keep a couple of kooks from collecting on the riverbank rocks.

They've been meeting here since late December and not to just sit in a circle on the shore. Because this gathering of go-getters is getting in the water.

They consider themselves part of an exclusive club, albeit one without a name. However, they've certainly heard suggestions

"'You're crazy,'" says Marissa Zamudio, repeating what people say about spending her Saturday mornings in the Boise River.

"'Are you crazy?'" adds Ben Berquist, repeating the question he hears often. "I mean, I guess to some."

Of course people think they're crazy.

"Couple people, yeah," agrees Zerin Beattie. "But I love it, I love it."

They begin by working themselves up with breathing exercises, three rounds of what they call the Wim Hoff warming method. It's a routine led by Zerin, the founding father of this not-so-fair-weather faction.

At first it was just Zerin and a friend until a post to social media piqued others' interest.

Oh, it's a crazy thing but that's not why these nearly two dozen brave men and women wade into the water.

"Because it makes everything else in life easier," explains Isaac Campbell.

"(It's) just a different way to test the body and test the mind," Zerin adds.

Even when your mind is screaming at your body to stop.

"It's exhilarating, it gets your blood flowing," says Ben. "It sets your energy level for the whole day."

What started as a shocking start to a Saturday has evolved into a kind of cult-like endeavor that's now become more like a community.

"I've met some of the best people I know here in Boise doing this," Zerin says.

Then again, they could always just meet for coffee.

The group started meeting every Saturday but have since pulled it back to one Saturday a month. They plan to meet next on March 16 where Leadville Avenue meets the Boise River.

And they will be there rain, snow, or shine, and likely into the summer.