The average hug lasts about three seconds. Not nearly long enough for some people. In fact, for the benefits of "bringing it in" to kick-in it takes at least 20 seconds. There's a new Boise business that believes hugging a whole lot longer is the best way to hold on to what makes us human. 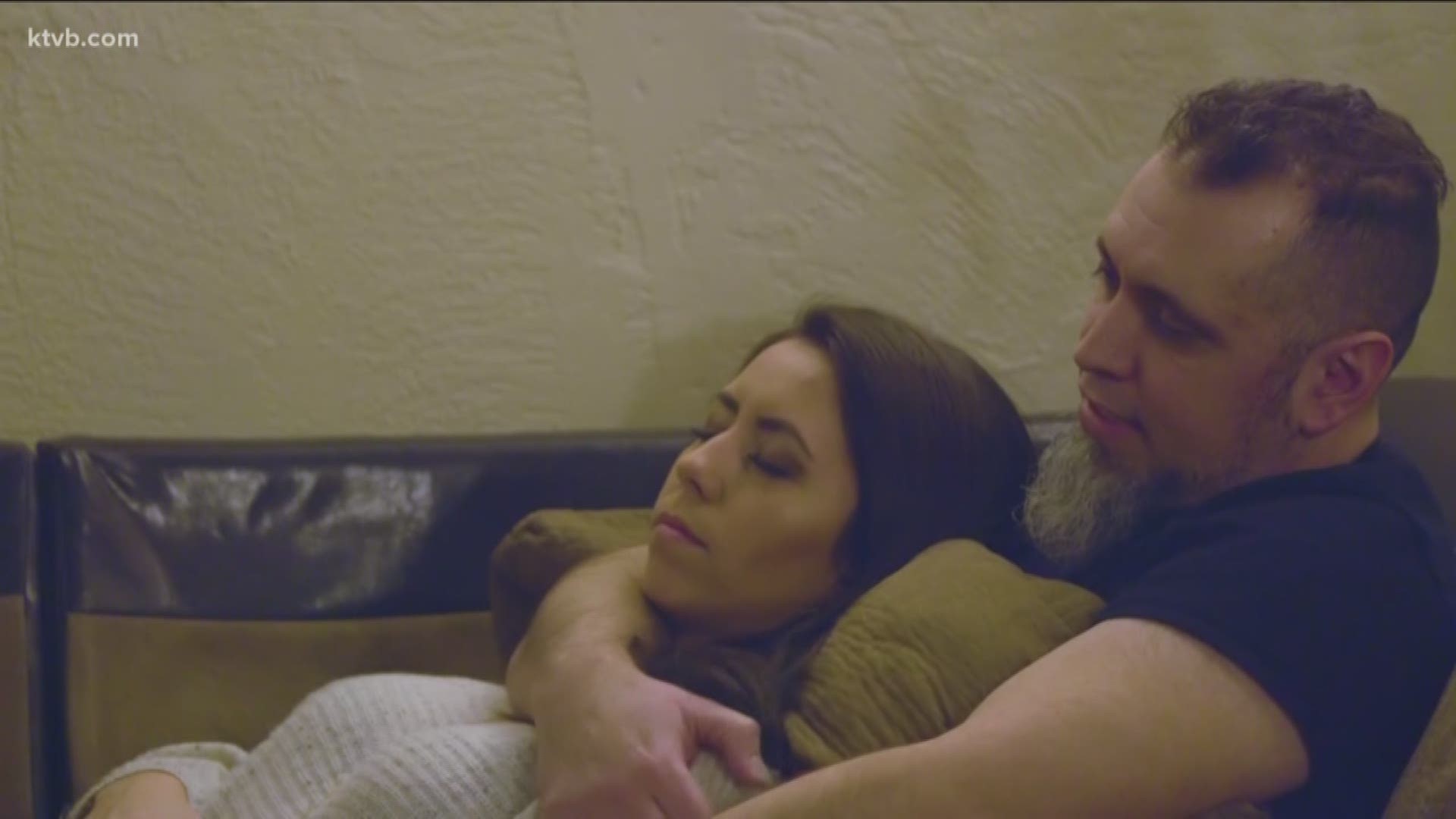 BOISE, Idaho — In an culture where connecting with someone usually means sliding into the scrum of social media sometimes an actual association remains out of reach.

"I mean, to be honest, we live in kind of a weird society," says Gage Sifuentes. "A place where most of our human interaction happens through a screen."

But squeezed into the corner of a small Boise strip mall, those looking to grab onto something genuine have embraced a new point of contact with Snuggle Buddiez. It's a service where clients looking for a personal touch can get it from a somewhat perfect stranger and where the stress of scrutiny and sexuality are eliminated from the equation.

"And if that's not part of the equation well then what are you doing?" asks Gage, a certified snugglist."You're just comforting another human being, that's it."

Gage, one of 15 snugglists customers can choose from, has always been a hugger but trust him when he says he knows what you're thinking.

What's strange about people paying per hour for platonic petting?

But for a working, single mom like Ali Smith, those components of care-free caressing can be hard to come by.

"I think it's hard to find in a situation where it is more of a platonic, no expectations, no presumptions, no any of that," Ali says. "It's just purely more the therapeutic feel of it."

It was a night at home alone, watching a movie on the couch that lead to Charlotte Lindsay locking onto an idea.

"And I just wanted platonic snuggles so I just thought, 'This town really needs a snuggle buddy company,'" Charlotte says. "So I quit my job and started it."

Other than the comfort of company, the significance of spooning, Charlotte says, comes down to science. Studies have shown simple, soft touches can do two things to our bodies: decrease cortisol, the hormone that causes us to stress out and increase oxytocin, the neurotransmitter that strengthens trust.

"Oxytocin, I mean, it helps with depression, anxiety, PTSD, inflammation, heart disease," says the Snuggle Buddiez owner. "I mean, the list goes on. It's insane."

Crazy might be how some would describe what happens inside the Snuggle Buddiez session room.

"The initial reaction is always, 'Really? Really? Well, that's interesting,'" Gage says his friends would say about being a snugglist.

Some of Ali's friends feel the same way about hiring a snugglist.

Being curious is what Charlotte hopes causes others to consider cuddling.

"A lot of people think we're just weirdos or a bunch of hippies running around trying to hug everyone and make the world better," she admits. "No, it's actually self care, we're helping people take care of themselves."

In a society that stresses simulated significance Snuggle Buddiez hopes to help people hold on to what it means to be human.

Charlotte says sessions last an hour and all snugglists go through training. Both clients and snugglists go through a background check process. Since restarting the company this past year with female snugglists she has seen an increase in clients. And just in the last month she's had more than 500 applicants who want to be a professional snugglist.