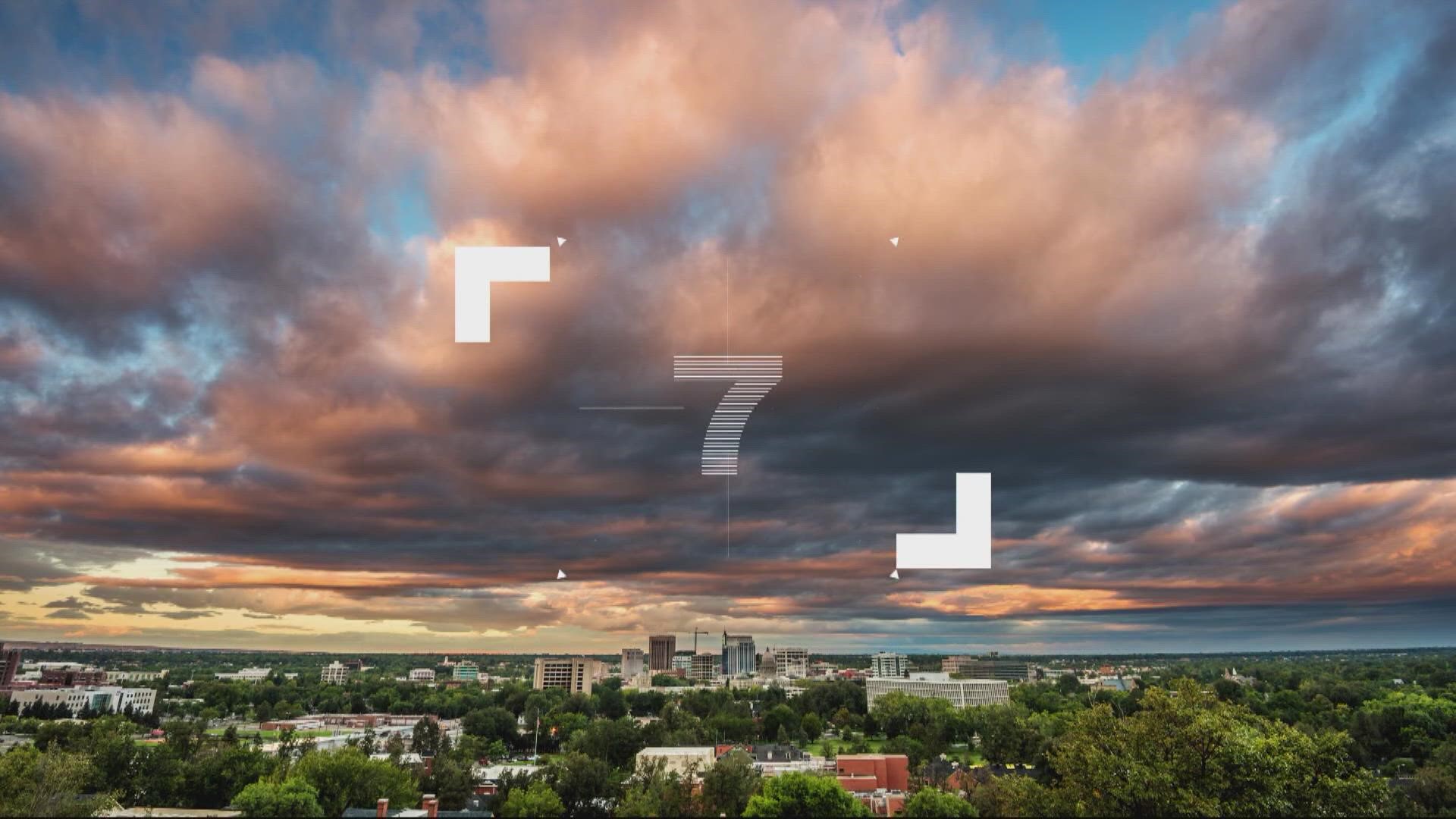 BOISE, Idaho — Get ready for some big changes!  The warm weather is moving out, and Tuesday will really feel like autumn has arrived.  A large low pressure trough off the West Coast will move inland overnight.  "The winds of change" will be very active during the early morning hours, as a cold front moves through the region.

There will also be a round of showers moving through during the morning with the front.  It's only light precipitation for valley locations, maybe adding up to a couple hundredths of an inch (0.01"-0.05").  Mountain valleys may pick up closer to 0.20" of precip, and some wet snow could mix down to around 5,000-5,500'.

Expect clearing skies during the afternoon, but a blustery NW breeze and much cooler temps.  Valley highs will be in the low 60s Tuesday -- that a 20 degree drop in temps compared to Monday's highs.

As the storm pulls away Tuesday night and Wednesday, expect clearing skies, but Wednesday morning will bring widespread frost in the clear, calm, and colder air.  In the Treasure Valley, temperatures will dip to the mid and upper 30's, with freezing temps in the mountains.

Dry conditions will continue through the end of the week, with temperatures gradually warming closer to seasonal averages.