The youth league bridges the gap between flag football and tackle football. 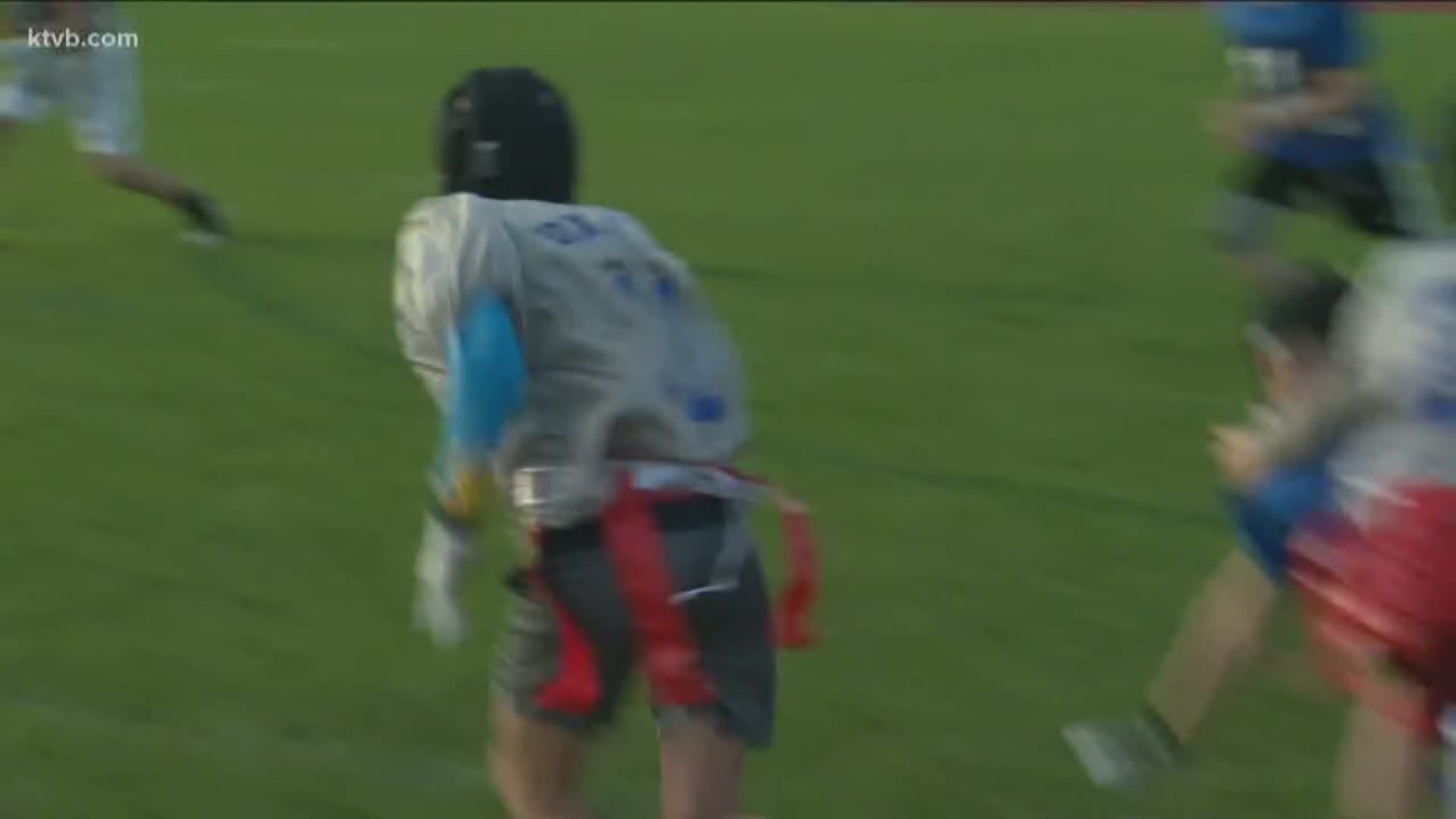 BOISE, Idaho — Flex football is meant to be an intermediate step between flag football and tackle football. Other cities in California, Texas and Oregon already have these youth leagues and soon, so will the Treasure Valley.

Optimist Youth Football is trying to bridge the gap with its new Flex football league.

“Football right now is at real crossroads, there's a lot of concern about head injuries and what happens at the pro level, so the Flex program allows them to see limited contact that won’t be going to the ground, they will have some protection, but they get to see the benefits of football,” said Optimist Youth Football President Jerron Moore.

Kids ages 8-12 will learn fundamental football skills like proper hand and footwork. No hitting is allowed above the neck or below the waist and each player will wear furnished padded vests, a flag and a padded helmet.

“If this is something that you know, maybe eases some of the fears of parents as far as the safety factor for football and gets them involved and something that lets kids see if they like it or not and might want to continue playing, it's definitely a good thing,” said Executive Director of the Idaho High School Activities Association, Ty Jones.

Over the years, both Idaho High School Activities Association and Optimist Youth Football have seen a drop in football participation and they say it's partially due to parents concerned about their children's safety.

“So how do we address parent's fears? And how do we get them into the sport that we love and so this looks like a great training ground or middle step to get him in get him to try it and feel safe doing it and realize that everything you do in life has danger, but we're making it as safe as possible and the values and the things they can learn playing football far outweigh today,” Moore said.

“I definitely think that it's very promising for high schools years down the road,” Jones said.

Flex football registration is open until the end of February. Practices will begin in April.

RELATED: Boise State football: A guy who knows what it’s all about