Points will be at a premium for Boise State and San Diego State the morning after Thanksgiving. Two of the best kickers in the country should have a say. 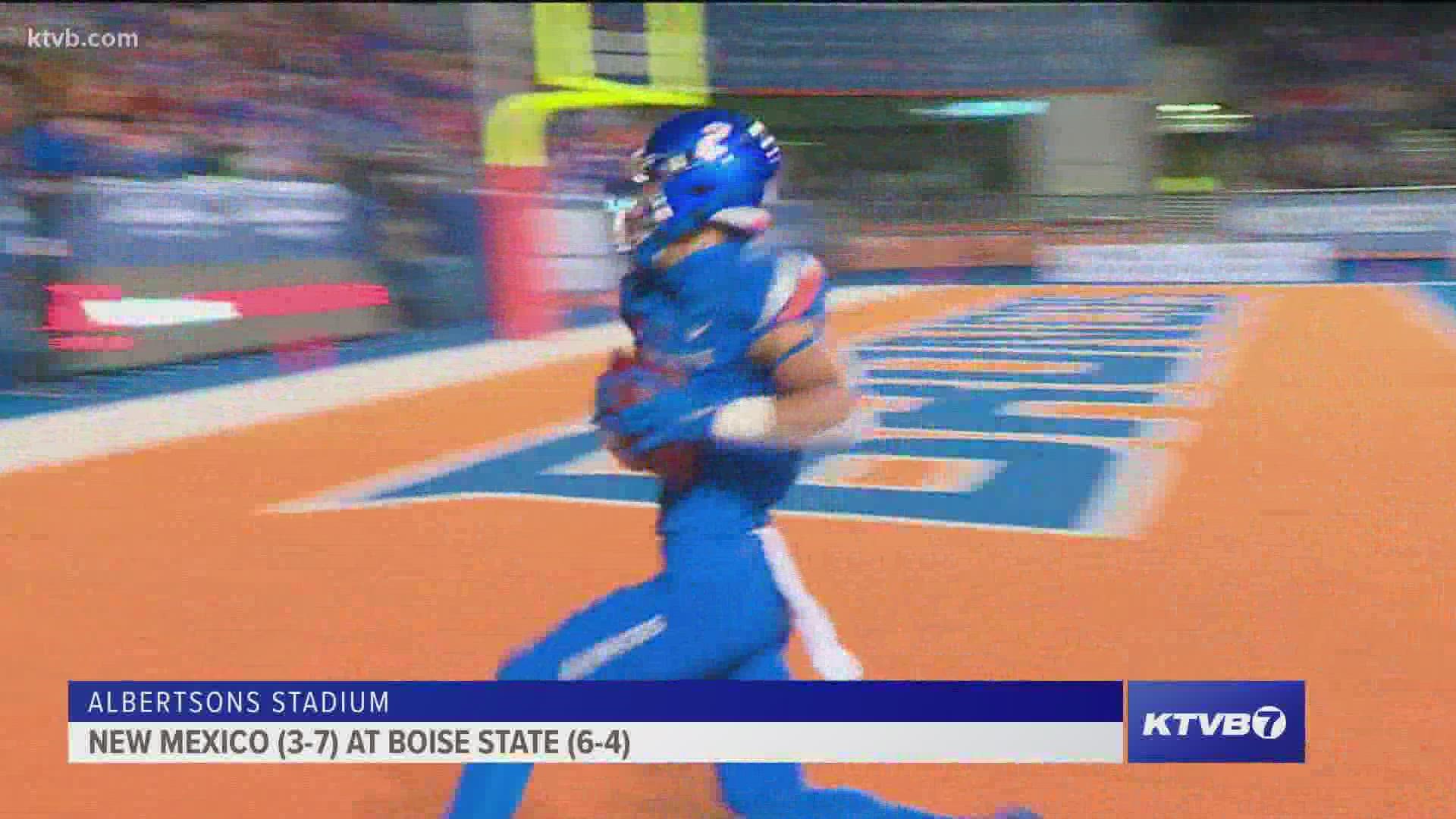 Considering the warts of both offenses, the Boise State-San Diego State game Friday could be low-scoring, and it could be decided by feet. And both teams have good feet. The Aztecs are renowned for struggles at the quarterback position, yet they are 10-1 and are No. 19 in the CFP rankings going into tonight’s update. How has SDSU done this with such an undistinguished offense? Defense, and Matt Araiza. Let’s zero in on Araiza. He’s the nation’s leading punter with a 51.8-yard average. Average. He flips field position, and opposing offenses are often just too far away from the other end zone to make any hay. Araiza has hit 14 punts of at least 60 yards—and one that went a stunning 86. The Broncos had better get accustomed to the shadow of their own goal posts. Oh, and Araiza kicks field goals, too.

The problem for the Broncos offense has been finishing drives in the red zone, hence all those field goals from Jonah Dalmas this year. Dalmas has already tied Tyler Rausa’s school record for field goals with 25, and there are at least two games to go. That’s also the second-best number in Mountain West history. Of course, Dalmas wouldn’t be in position for this mark if he wasn’t accurate, and he is definitely that. He is now 25-of-27 this season for 92.7 percent. That’s seventh in the country, but it’s first among those who have 20 attempts. With his 3-for-3 night against New Mexico, Dalmas has now made 17 straight field goals, the longest active streak in the nation.

One of the most important personnel issues at Boise State is the health of center Jake Stetz. Broncos offensive coordinator Tim Plough told the media Monday he hopes Stetz can play Friday morning against San Diego State. On the other hand, B.J. Rains of the Idaho Press tweeted that he’s been told Stetz is out at least until the bowl game—and maybe for that one, too. Boise State’s once-horrific problem with shotgun and pistol snaps disappeared when Stetz moved to center from guard.

When he left in the fourth quarter against New Mexico, he put virtually no pressure on his injured leg. It would be stunning to see him in the lineup Friday morning. Donte Harrington, the original source of those wayward hikes, replaced Stetz versus the Lobos and got through the rest of the game okay.

THE COUNTDOWN FOR COMMITS

Commitment No. 17 for Boise State’s 2022 recruiting class comes from the junior college ranks. Cortez Hogans is a 6-4, 270-pound defensive lineman from Snow College in Utah. Hogans’ tweet about committing had one of the more interesting statements we’ve seen: “Going to Utah was probably the best decision I made in my life even though being in that small town sucked it really helped me focus more and help grow.” Hogans is the second D-lineman to give his verbal. He also had offers from, among others, Washington State, San Diego State, Utah State and UAB. Early signing day is three weeks from Wednesday.

What are UNLV’s chances of upsetting Air Force on Friday? Here’s your easy answer. The Mountain West Offensive Player of the Week is Falcons running back DeAndre Hughes, who was key in the academy’s triple overtime victory at Nevada. Hughes rushed for a career-high 218 yards and two touchdowns in Reno, and he scored the game-tying two-point conversion in the second OT. Of Hughes’ 23 carries, 13 went for a first down or a touchdown. Do you think the Rebels defense is capable of taming the triple-option? Keep this in mind (because you know Utah State is): if the Broncos lose to San Diego State and Air Force beats UNLV, the Aggies win the Mountain Division with their expected victory at New Mexico.

BATES EARNS HIS KEEP IN D.C.

Every time John Bates has been targeted the last two weeks, he has come through for the Washington Football Team. The former Boise State tight end had six catches on six targets for 48 yards in wins over Tampa Bay and Carolina. Bates’ most-viewed grab was a highlight on all the network shows Sunday, as he gathered in a fourth-and-three pass from Tyler Heineke to save the drive that ultimately resulted in the winning points in a 27-21 win over the Panthers. Logan Thomas, the WFT’s starting tight end who was placed on injured reserve six weeks ago, is returning to practice this week, so Bates’ continued role in the offense is to be determined.

Among the Broncos’ three men’s basketball true freshmen, it’s obvious that Tyson Degenhart is the only one ticketed for playing time this season. Degenhart’s climb continued at the Charleston Classic. He scored the first four points of his career in the loss to St. Bonaventure before going scoreless in the 20-point win over Temple. Degenhart then produced eight pivotal points in just 10 minutes Sunday in the 60-50 victory over Ole Miss. He scored seven consecutive points at the start of Boise State's decisive 21-4 run that began with nine minutes left in the game. Degenhart’s first career three-pointer tied the game, and a tough finish in the lane less than a minute later gave the Broncos their first lead at 48-46 with less than seven minutes to go. (St. Bonaventure, by the way, jumped to No. 16 in both polls Monday.)

The most famous Hail-Mary of all-time, as Boston College has six seconds left, trailing defending national champion Miami by four at the Orange Bowl. On the final play of the game, Doug Flutie scrambled and launched a prayer from his own 37-yard line. The ball somehow dropped into the arms of Gerard Phelan in the endzone, and 10th-ranked BC beat the 12th-ranked Hurricanes 47-45. Flutie threw for 472 yards in the game and became the first quarterback ever to surpass the 10,000-yard mark in career passing.