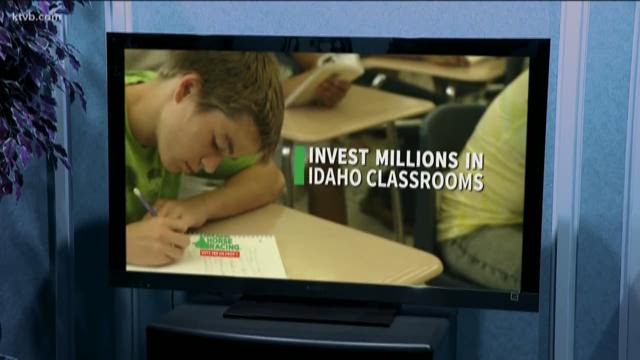 BOISE — In the battle over Proposition 1, Save Idaho Horse Racing is now running a new advertisement in response to a political attack ad targeting their original campaign ad.

In this new ad, Save Idaho Horse Racing defends their campaign claims and raises questions about the opposing political campaign, Idaho United Against Prop 1.

The ad begins by saying, "You watching this Idaho?” Then quotes the oppositions ad which says, "Prop one is about machines."

To be clear, Proposition 1 is about machines. Specifically it’s a vote to legalize historical horse racing machines. We've explained recently that those machines are electronic gambling systems where players bet on random, old races.

The controversy? Critics say they look, sound, and act like slot machines. Players can look at horse and jockey information to determine their bets or have the machine auto-play for them.

The advertisement continues saying, "Idaho news media calls these ads an exaggeration." This argument is highlighted on screen by a single snippet from a September 4 Idaho Press article.

The full context of that quote is not about the entire anti-Prop 1 ad being an exaggeration, but rather one specific point made by the competing campaign.

The article took issue with the claim in a Prop 1 ad that says it will allow an unlimited number of machines in casinos at horse and dog tracks across Idaho, even if no racing is taking place."

We clarified this in our last Ad Watch report.

Historical Horse Racing machines would only be allowed at venues that follow specific criteria, which includes having eight live racing days a year.

Those places, however, would be allowed to have as many machines as they want in their building.

Continuing on, the ad says, "And who is paying for it? Out of state casino interests? They haven't told us."

We know that an in-state political action committee, Idaho United Against Prop 1, paid for the mentioned ad. It's presented very clearly in the ad. What's not clear is who has contributed to that campaign.

That information will be released, though, on October 10. That's when campaign finance reports are due to the state.

KTVB reached out, however, to Idaho United Against Prop 1 to see if they would release their finance information early. A spokesperson wrote to KTVB saying that the PAC is planning on sharing some financial information prior to the reporting deadline, but was not ready just yet.

The ad then continues saying, "Meanwhile our Idaho campaign to bring back horse racing will create hundreds of jobs, invest millions in classrooms and do it all with real accountability."

In a previous report, we went through these claims as the new ad mentions.

Save Idaho Horse Racing used a clip of KTVB's Mark Johnson saying the station "verifies those claims are accurate."

But Save Idaho Horse Racing edited the audio that newscast for their ad, changing what Mark Johnson said.

The ad very subtly edited out the word if, and in doing so, changed the meaning of the sentence.

See the comparison of the original newscast and the altered clip below:

Aside from that, we verified that the passing of Prop 1 would, yes, likely create hundreds of jobs, over a few years generate millions for education, and by law have all finances audited and monitored by the state.