A technology issue caused problems for some voters Tuesday morning, but officials say a solution is now in place. 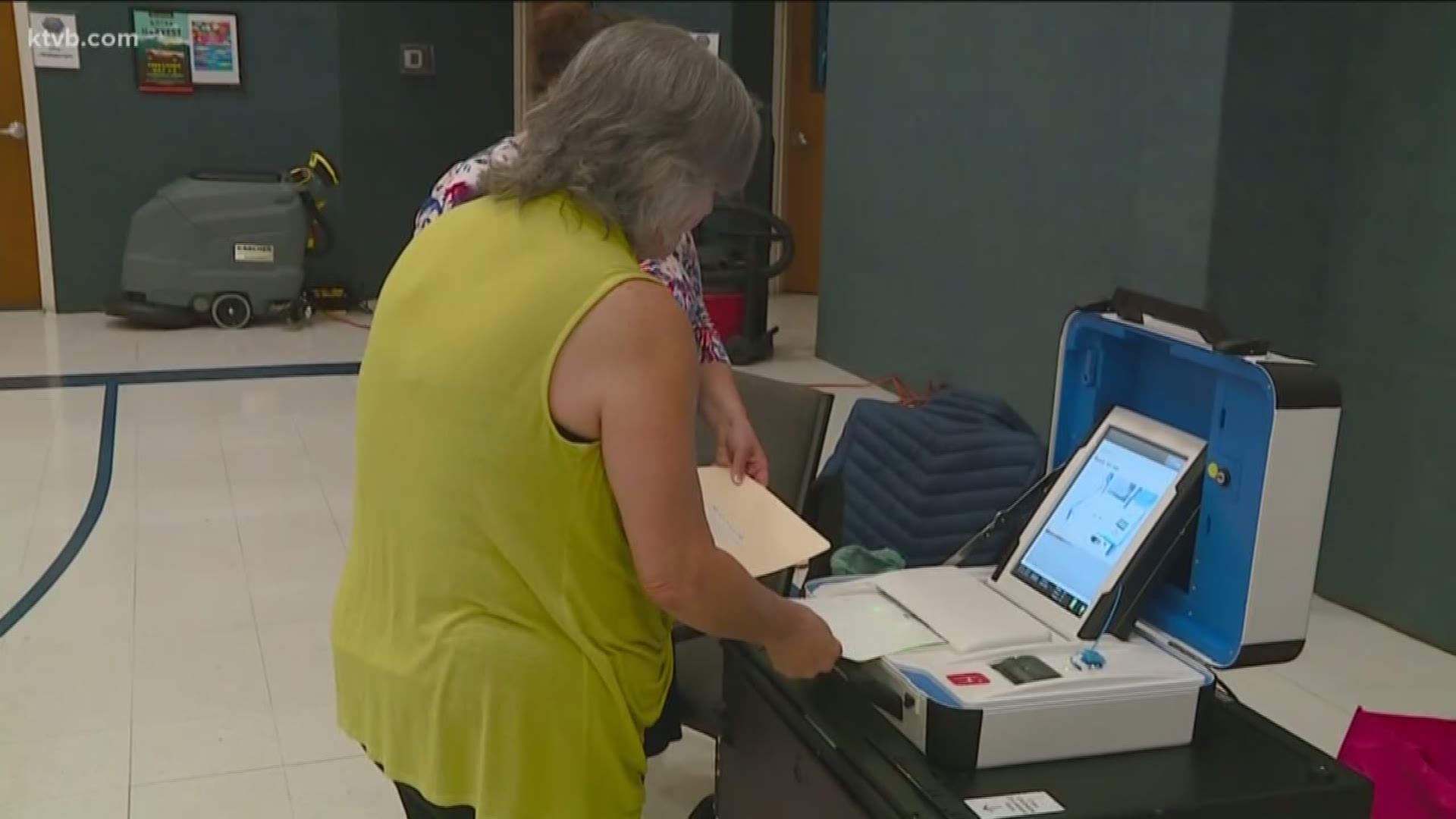 "It’s been very hectic," Canyon County Clerk Chris Yamamoto said. "We have brand new equipment, and this is our first roll out."

According to Yamamoto, the issue has happened at most of the precincts in Canyon County. After people gave their name, address and party affiliation to pollworkers, they were given a piece of paper with a code on it that pollworkers were supposed to scan before giving out a ballot.

"On some of our poll pads, inadvertently an extra letter was added to the code" he said. "This is something that’s done by that vendor. They don’t know how that happened or why."

Due to a glitch, in some cases those codes were unable to be scanned. Yamamoto did not have numbers on how many people total, or which of the county's 80 precincts were affected.

RELATED: What you need to know before voting in Idaho's presidential primary

Officials say they have figured out a workaround by using an access code if there are scanning problems, and everyone will now be able to vote.

"We had a tough opening, but I think we’re in pretty good shape now," Yamamoto said.

In Precinct 55, where the issue was reported at the Karcher Church of the Nazarene, six people were unable to vote Tuesday morning. In those cases, pollworkers took down their names and phone numbers, and called them when the system was functioning again. All six have returned and been able to cast their ballots.

It was the senior judge, Sandi Levi, who took down the info of the six people.

"Because I want them to know their vote does count," she said. "And when things happen whether its on a city or state level or like today at a federal level that it is important for them to get out and vote.

Yamamoto told KTVB not every single precinct did that.

Anyone who was at a precinct in Canyon County and was not able to vote due to a technology issue is asked to return to their polling place to try again. The polls will be open until 8 p.m. Tuesday.

Yamamoto said Canyon County is working with the vendor to resolve the glitch.