The locations are not specific to any specific precinct like in past elections. Voters can pick any of the five open locations to cast their ballot early. 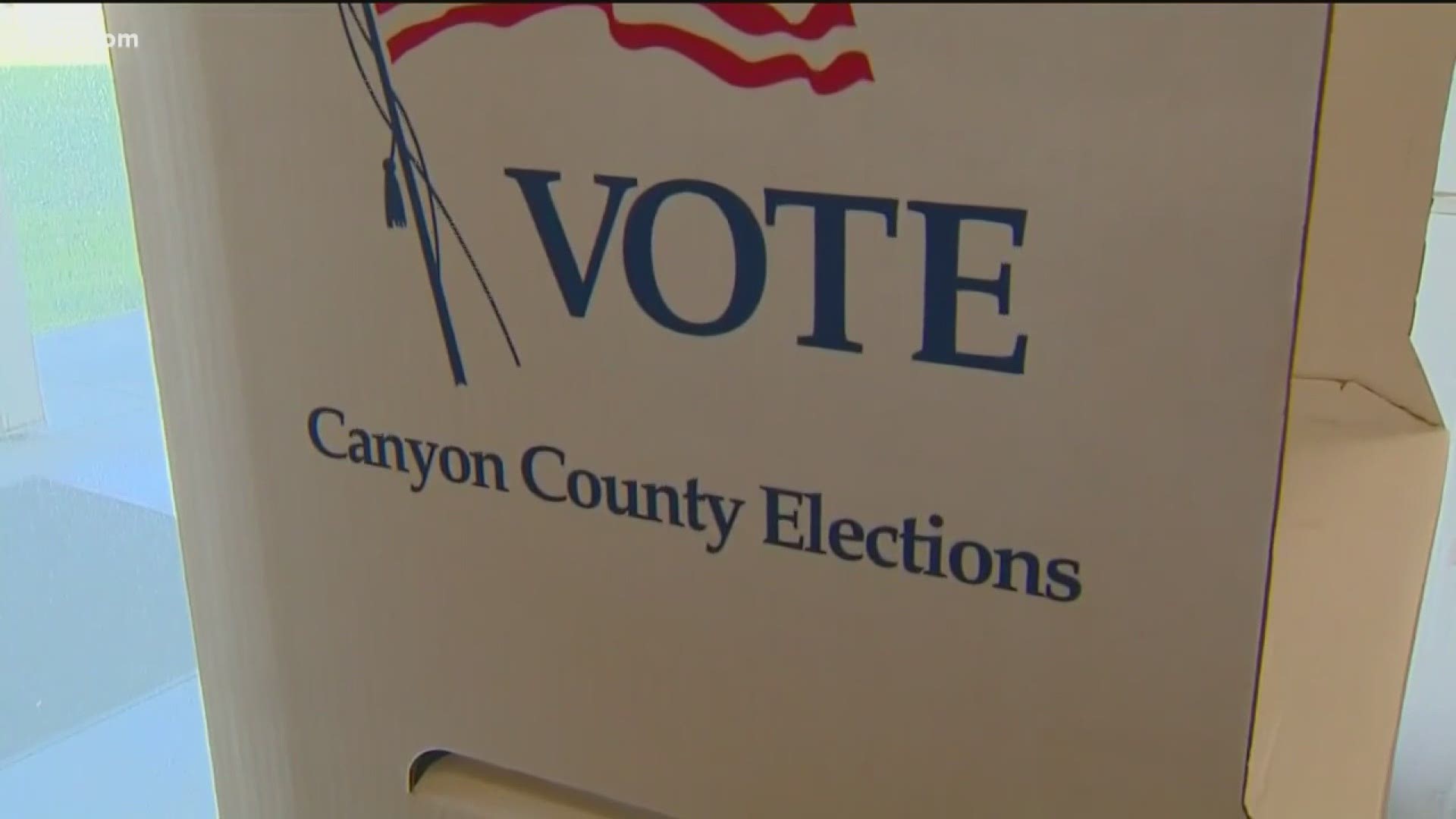 CANYON COUNTY, Idaho — Editor's note: This story was updated on Sunday, Sept. 27 to reflect a change in the purpose of the polling locations. The locations listed below will be open for early voting. Whether they will be the only locations open on Election Day has not been decided, according to the Secretary of State's Office. That decision will be made on Friday by Canyon County commissioners.

The Canyon County Elections office announced Friday that five voting locations will be open for the public to vote early.

All five locations will be open from Oct. 19 through Oct. 30.

The locations are not specific to any specific precinct like in past elections. Voters can pick any of the five open locations to cast their ballot.

"This was not an easy decision to make, but one that we felt was in the best interest of Canyon County voters," Canyon County Clerk Chris Yamamoto said. "We frankly don't have enough experienced poll workers to open locations in all 64 precincts, so this was our best option to help ensure a smooth voting process both on Election Day and during the early voting period. These are also larger locations with ample parking, so it will be easier for voters and poll workers to follow the recommended COVID-19 precautions like physical distancing."

The decision doesn't sit well with one Middleton woman who was planning on being a poll worker until it was announced there would only be five polling locations.

"I just thought that was really strange and especially since they’re doing it now so soon before the election," Martha Linton said. "This is one of or probably the most important elections we’ve ever had."

Linton told KTVB she used to be a poll worker before taking a few years off.

"My mother worked the polls and I like to do my civic duty," she said.

She thinks cutting the number of polling locations across the 64 precincts could affect whether voters decide if it's worth it or not to make the trip to vote.

"I’m not saying people aren’t going to vote," she said. "I know maybe people wouldn’t be interested in voting fi they had to drive 20 miles."

The clerk's office told KTVB they have around 600 people, but not enough veteran poll workers to man all of the locations. The biggest hurdle for them would be to get them all vetted, trained, and ready to man a polling location.

The clerk's office didn't think they had the time to do that which is why they consolidated down to the five locations.

It's a different situation over in Ada County. Phil McGrane, the Ada County Clerk, told KTVB on Tuesday they were inundated with applications after initially being concerned about having enough poll workers.

"We have way more people apply to be a poll worker than we possibly have positions at the polls," McGrane said. "It’s a great problem for us to be having."

People from out of state even reached out to the office offering up their services as a poll worker.

"We even had some people from Seattle reach out to us willing to drive their RV down and work at the polls because they don’t have polls in Seattle," he said. "We’ll have enough local people that I think we will be completely covered."

Ada County is planning on having more than 130 polling locations on Election Day, compared to the five for Canyon County.

Details regarding hours of operation for in-person voting will be finalized in the coming weeks. The Elections Office hopes to have each location open past 5 p.m. to allow for more time to vote early.

The polling locations in Canyon County are listed below:

Absentee ballots can be requested on the Idaho Votes website. Ballots must be returned to the Elections Office by 8 p.m. on November 3.