Prior to debate, 21 legislators declared a conflict of interest because they own rental property of some kind. 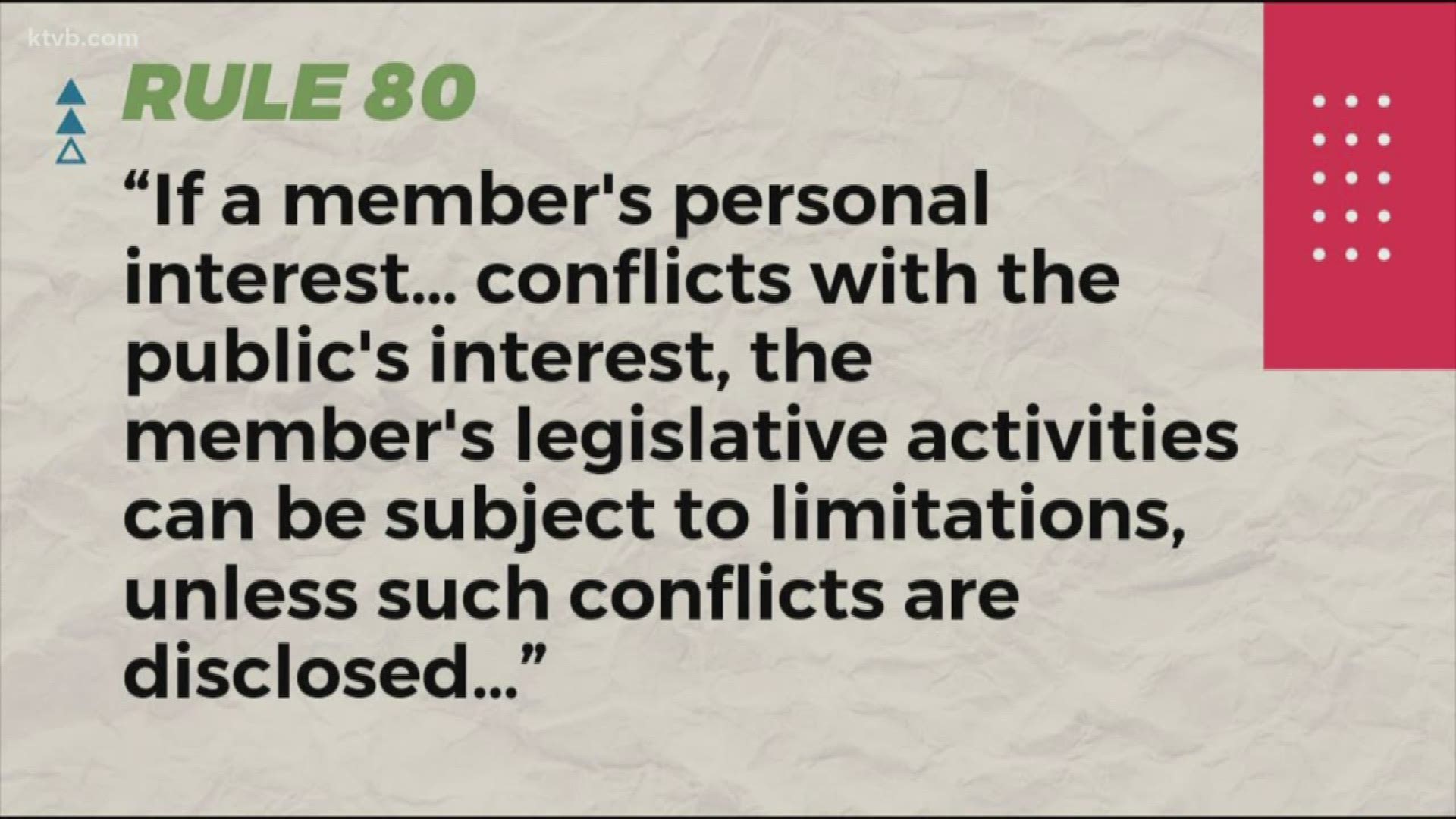 BOISE, Idaho — A bill requiring evicted tenants be given three days to move out passed the Idaho House of Representatives 54-14 Monday.

Rep. Doug Ricks, R-Rexburg, called the bill a “compromise” between landlords and tenants that would create a uniform process after evictions in every county in Idaho, instead of the current system where each county has a slightly different process for how it will be handled. This bill, HB 461, also will allow landlords to enter properties and move any belongings left behind by a tenant themselves, instead of having to call the county sheriff and hire a moving company to move the items. Seven days would be allowed for commercial tenants to move out.

Prior to debate, 21 legislators, including Ricks, declared a conflict of interest because they own rental property of some kind.

“We’ve heard a lot from landlords across the state that this is badly needed and I do encourage your green light,” Ricks said.

RELATED: Boise denies proposed development as residents voice frustration: 'I am fighting for my neighbors'

Objections came from Democrats, led by Rep. Muffy Davis, D-Ketchum, who said the bill did not give judges enough clear authority to give residential tenants more time to move out under extenuating circumstances. Her suggested change would have made the guidelines for residential and commercial tenants the same.

Davis, who uses a wheelchair, said a three-day move out period is especially onerous for people with disabilities.

“I can guarantee you there is no way I would be able to move out with my medical equipment and my things in my house if I got a determination on a Monday and needed to be out in 72 hours and had a full work schedule,” she said.

One other issue that came up is property damage. Ricks said this bill creates some risk for landlords because frustrated tenants could use their three days in a property to damage it out of spite. However, he said this three-day requirement would be helpful in areas of high growth like Ada County where landlords can push residents to move out on the same day as their eviction hearing.

“Unfortunately with people in these situations, I do know some landlords will pay a tenant a little bit of money just to get them out if they don’t damage the place if they move out,” he said. “It’s unfortunate that has to happen, but oftentimes recovering those costs for damages later on is a difficult thing to do.”

More from our partners at the Idaho Press: Reps. Collins, Anderst announce they won't seek reelection