Boise denies proposed development as residents voice frustration: 'I am fighting for my neighbors'

The development would have torn down a cluster of older affordable homes along Boise Avenue and replaced them with a student housing complex. 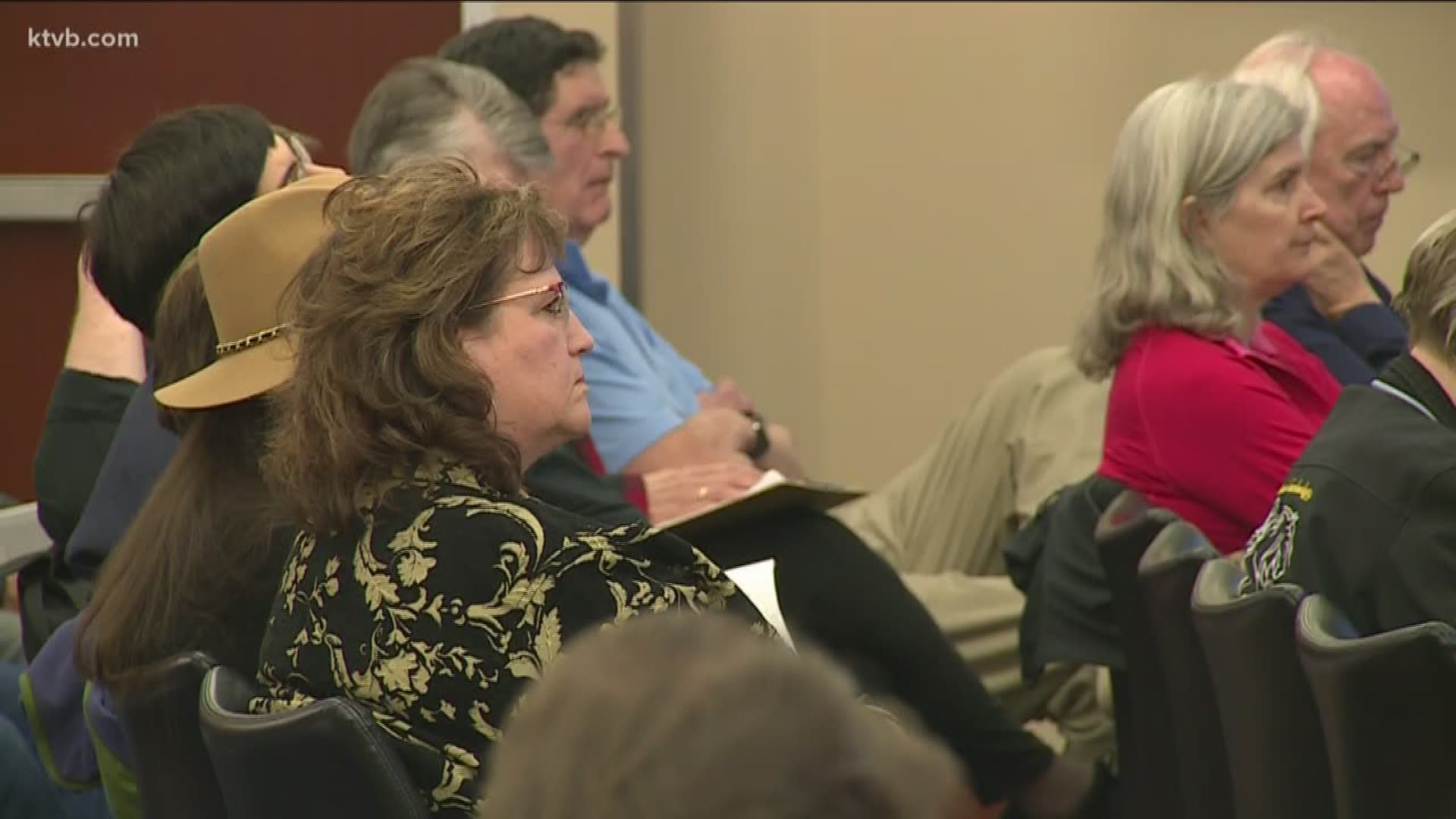 BOISE, Idaho — The Boise Planning and Zoning Commission has denied a plan to build a 500-unit student housing complex off of Boise Avenue near Boise State University, which had met with resistance from a group of residents who would lose their homes as a result of the project.

The decision to deny the rezoning application came after a public hearing at Boise City Hall that stretched from Monday evening into the early hours Tuesday.

Many of the residents of the Ridenbaugh apartments came to the meeting to voice concerns about potentially losing their homes. Some of them have lived there for decades, and say they cannot find affordable housing in the city should they be evicted.

RELATED: Dozens of Boise residents protest proposed development that would tear down their apartments

Ted Rithman, who also lives in the apartments, said that displacing the residents of the neighborhood would eliminate a community he has been a part of for decades.

"For me, that's where I live. That is my community," he said. "I can't see myself living anyplace else but that neighborhood."

Like many others who spoke, Rithman raised alarms about the Treasure Valley's lack of affordable housing, telling commissioners that he has been unable to find another place to live within his budget.

"If you rip these down, we have no place to go," he said. "Me personally, with what I make, I'm screwed. I have no other options."

Residents living in the 20-unit affordable housing complex on Boise Avenue near Protest Road received a notice in October from the developer - Collegiate Development Group - notifying them of plans to rezone the land.

At Monday's meeting, a spokesman from CDG said the existing homes are behind on maintenance and are "starting to fall apart."

Development Manager Mitchell Korte also said the company would assist Ridenbaugh residents in finding new housing. This includes paying the first month's rent of the new housing for a tenant, paying for reasonable moving expenses, working with a local housing group to find affordable options, and guaranteeing that every tenant gets their full security deposit back.

“We understand that this is their home, and it is never easy to move your home from one location to another," Korte said. "They are not in this alone and we are here to help them through it.”

Just last week, more than three dozen Ridenbaugh residents protested the proposed student housing with signs reading, "DON'T DEMOLISH AFFORDABLE HOUSING," "DON'T PUSH US OUT," and "YOU COULD BE NEXT!"

The Planning and Zoning Commission had been scheduled to vote Monday night on the developer's request to rezone the lots where the apartments currently sit. Rezoning would have been the first step toward developing the area.

Commissioners expressed concerns about wanting more analysis from both ACHD and Boise State to inform their decision, but ultimately voted to deny the proposal, rather than delay it. CDG will have the opportunity to appeal the decision.

In a Facebook post, the group Vanishing Boise called the vote a "watershed moment for Boise about how we treat existing affordable housing."