Jay-Z's music is back on Spotify, 2 years after it was removed

Jay-Z turned 50 and he had a big surprise for fans. 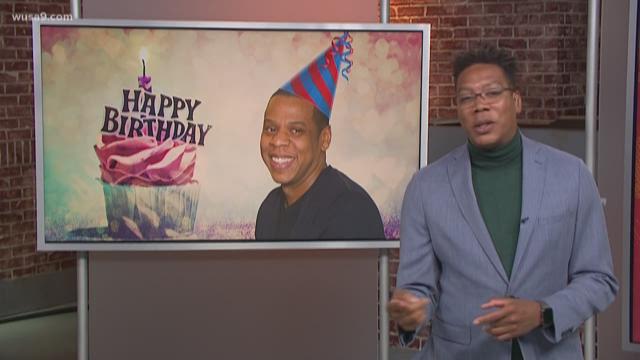 Just in time for his fiftieth birthday, Spotify announced at midnight on Dec. 4 that all of rapper Jay-Z's music has returned to the streaming platform.

The music mogul owns Tidal, a Spotify competitor, and two years ago removed his work and made it exclusively available on the subscription-based service. Some of his collaborations and older work always remained on Spotify though, like his albums with Linkin Park and R. Kelly. Tidal was launched in 2014 by Norwegian public company Aspiro, and then Jay-Z bought it in the hopes of growing the company.

Jay-Z removed his music from Spotify back in 2017, but didn't remove it from the other Tidal competitor, Apple Music. And when Jay-Z and his wife, Beyonce, released a joint album in 2018, that album appeared on Spotify and other services, after it premiered on Tidal.

While it's not certain what prompted Jay-Z to restore his music collection to Spotify, Ben Gilbert of Business Insider speculates that it could be for his inability to draw users away from Apple Music and Spotify, which are two very well-rooted services on the music streaming stage.

RELATED: Atlanta's Street Bud reflects on the hard times and gives thanks for soaring success

In 2015, Tidal was accused of inflating subscriber numbers. After Jay-Z said his service had reached a million users, the Norwegian newspaper Dagens Næringsliv reportedly fact checked him and pushed back on that number saying the service actually only had about 350,000 subscribers. Then in 2018, Tidal reported it had 3 million users, while monthly reports showed that number was actually just over a million users who had activated accounts, and only 850,000 subscribers. The company blamed past owners for inflating numbers. It was Beyonce's "Lemonade" which brought subscriber numbers to a peak.

In 2015, Jay-Z spoke out against companies that streamed music, including Spotify, Apple and Google saying they should pay artists more.

Jay-Z's exclusivity strategy has inspired other services to give it a go, with Apple Music doing the same with Frank Ocean's music. Spotify has objected to this, arguing that it's fragmenting the market. Despite video streaming services like Netflix and Disney Plus now making exclusive content a standard practice for TV and Film.